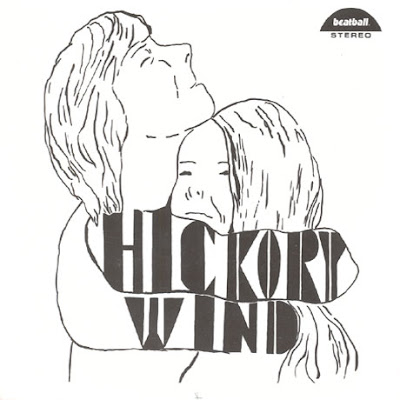 The Indiana band Hickory Wind made just one self-titled album in 1969, pressed in a run of 100 copies. The record's a strange, amateurish, yet intermittently tuneful blend of teen pop, garage rock, psychedelia, and country-rock, sung in a fashion that makes it uncertain whether the record was a low-key joke or a naïvely earnest effort to do the best they could. The band later changed its name to B.F. Trike and recorded an unreleased album for RCA in Nashville in the early '70s, though it was eventually issued on a small collector label in the late '80s. This Hickory Wind, by the way, is not the same as the folk group named Hickory Wind that recorded for Flying Fish in the late '70s. 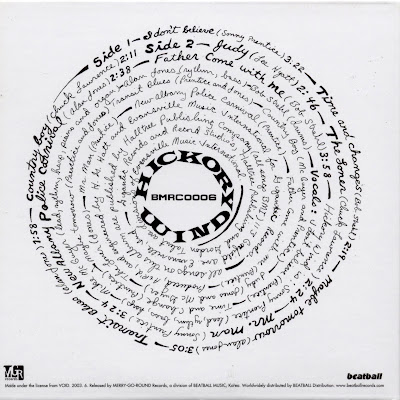 Just 100 copies of this album were pressed originally making it extremely rare.
Like many a late-'60s album pressed in extremely minute quantities, Hickory Wind's self-titled record is a mighty odd bird. It's not so much that any one song is weird. It's more the cumulative effect of the record, in which the band not only don't seem to be seriously pursuing one direction in particular, but don't seem to be particularly serious about pursuing anything. The nonchalant, naive, slightly off-key way they trundle through this mixture of garage rock, country-rock, and melodramatic teen pop almost gives the impression of B-grade session players recruited to record an exploitation album. It's not nearly as bad as that comment might indicate; actually, there's a fair amount of charm that bleeds through, almost in spite of itself. Their vocals and harmonies are engagingly tremulous, the production refreshingly lo-fi. And there are some rather good songs here, particularly the country-rockish "The Loner," which sounds almost like a youthfully naive attempt to emulate early Neil Young (and it's entirely unrelated to the Young tune of the same name); "Country Boy," which comes as close as any song here to being a normal solid late-'60s country/psychedelic rocker; the waltz-like organ swirls of "Father Come with Me"; and "Judy" and "I Don't Believe," which are yearning teen garage pop. This is broken up, though, by the is-this-a-joke-or-what "Mr. Man," a melodramatic recitation that sounds as if the band were trying to make fun of solemn religious devotional records. It's hardly great, but it's worth hearing if you enjoy quirky collisions of garage rock and late-'60s psychedelia.