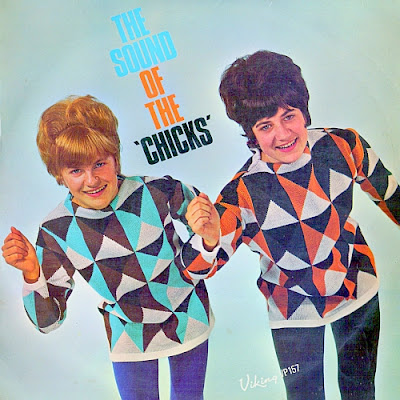 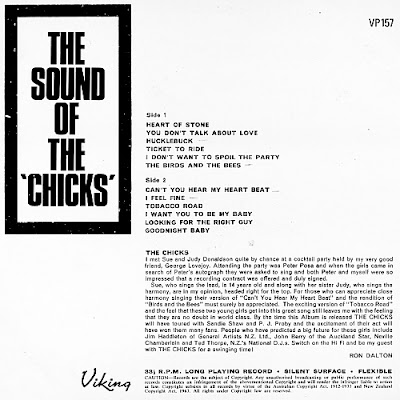 The Chicks - sisters Suzanne and Judy Donaldson. They had a steam of pop hits in New Zealand between 1965 and 1970. Suzanne married Bruce Lynch and records as Suzanne Lynch. Instantly recognisable with their matching outfits, trendy haircuts and up-tempo, harmony-rich pop singles, sisters Donaldson rose to become some of New Zealand’s biggest stars as The Chicks. For a whirlwind five-year period from 1965 they were seldom off our TV screens or radio airwaves. They played countless gigs and toured with other New Zealand stars and international artists, including Sandie Shaw, PJ Proby and, incredibly, The Pretty Things. The Chicks' debut album for Viking from 1965, recorded when Sue was just 14 and Judy 16.
mp3
Source: allmusic-wingsofdream.blogspot.com
+ Sharelabels (6)Flag
All60sBeatCoversNew ZealandPopThe Chicks