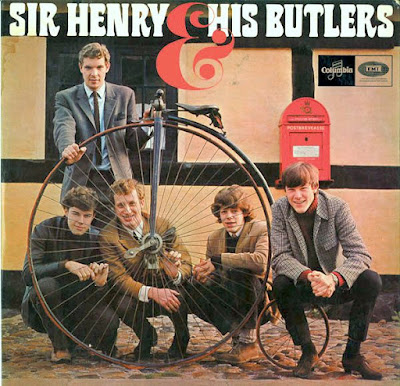 Sir Henry and his Butlers was a Danish rock/popgroup which was formed during the summer of 1964 in Copenhagen, Denmark. The group is mostly known for its two front figures Ole "Sir Henry" Bredahl and especially Tommy Seebach and also the song Let' Go. Characteristic for the group has been Ole Bredahl as organiser, whereas the rest of the ensemble of Sir Henry and his Butlers have been changed many times since the creation of the group.
The band is a continuation of another band called Five Danes which was desolved in the spring of 1964. In the beginning, this new band consisted of Ole "Sir Henry" Bredahl (vocals, bass), Carsten Elgstrom (guitar) together with Leif Davidsen (drums). As a trio they participated in a The Danish Beatles competition in Holte Hallen in April of 1964. Shortly thereafter the band was expanded with Poul Petersen (guitar) and Leif Davidsen was replaced with Jens Bogvad, former the Flintones. The group became popular around the Copenhagen music venues, in particular at Bakkens Place Pigalle where they played as house orchestra. This was a result of their single debut Hi-Heel Sneakers/Sick and Tired from 1964. During the autumn of the same year the band got there breakthrough with the release of their second single Let's Go. The single became a hit, not only in Denmark, but also in Sweden and Norway and the sale of the single exceeded 50,000 copies. 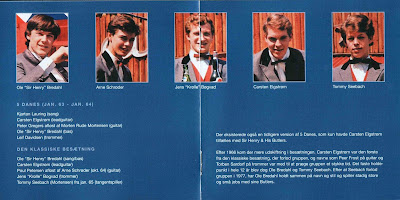 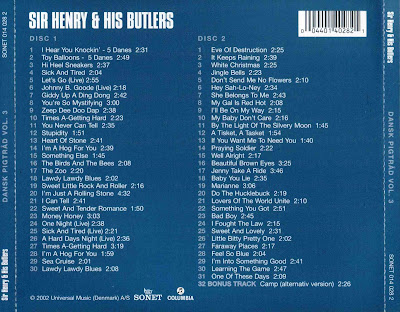