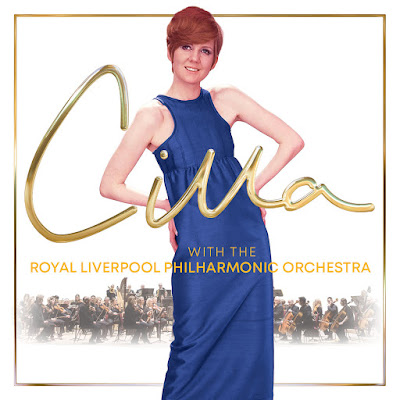 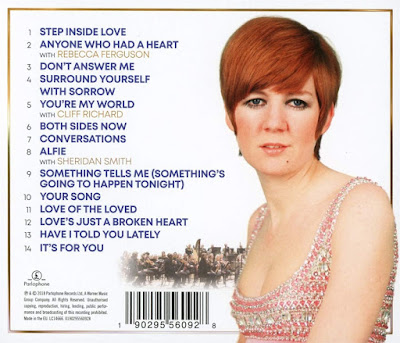 Cilla Black’s most important and best-loved songs featuring three newly recorded duets with Sir Cliff Richard, Sheridan Smith and Rebecca Ferguson. With new orchestral arrangements from the Royal Liverpool Philharmonic Orchestra, the project has been overseen by Robert Willis, Cilla’s son.
Each song uses the original vocal recording from Cilla and includes ‘Anyone Who Had a Heart’ with Rebecca Ferguson, ‘You’re My World’ with Cliff Richard, ‘Alfie’ with Sheridan Smith as well as ‘Step Inside Love,’ ‘Don’t Answer Me,’ ‘Something Tells Me’. In addition there is a previously unreleased vocal take from Cilla for her rendition of the Van Morrison classic ‘Have I Told You Lately’. Other highlights include three Lennon-McCartney penned songs (all Top 10 hits): ‘It’s for You’, ‘Love of the Loved’ and ‘Step Inside Love’. The latter has been recorded with the original session version which features Paul McCartney on guitar.
The album was produced by James Morgan and Juliette Pochin (producers of gold and platinum selling albums by Alfie Boe, Katherine Jenkins, Alexander Armstrong)
Robert Willis, Cilla’s son, said “The first thing I ask myself with any ‘new’ Cilla music project is, ‘Would my mother approve?’. And then I ask myself, ‘Would the fans, the collectors, the guys who have everything, would they be happy? Is there something new for them?’. With this album, the answer is an overwhelming Yes! It’s been really cool to see so many talents converging to create something truly meaningful. Music was my mother’s first love and this project really does come from the heart. I’m incredibly proud of it, as I am sure both Cilla and Bobby would have been too.”
* * *
Source: allmusic-wingsofdream.blogspot.com
+ Sharelabels (6)Flag
All60sCilla BlackCoversPopThe Royal Liverpool Philharmonic OrchestraUK