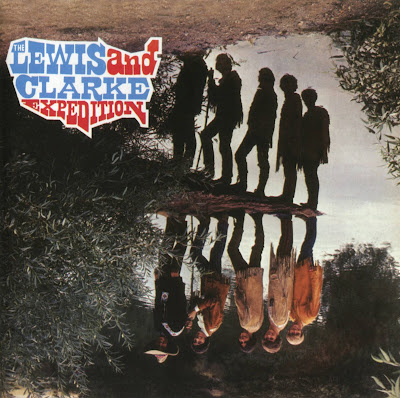 Formed in 1967, this short-lived act featured Michael Martin Murphey (b. 13 March 1945, Dallas, Texas, USA; guitar/vocals) and Owen Castleman (b. Farm Branch, Texas, USA; guitar/vocals), who had already performed together as the Texas Twosome. Having adopted the respective roles of Travis Lewis and Boomer Clarke, they were augmented by Ken Bloom (guitar), John London (bass) and John Raines (bass). The quintet was signed by Colgems, the label which launched the Monkees, in part because London was a friend and ex-colleague of the latter group’s Michael Nesmith. The Lewis And Clarke Expedition was a promising pop/country collection but although it contained a minor hit single, ‘I Feel Good (I Feel Bad)’, sales were far from encouraging and the band split up in 1968. Murphey remained signed to Screen Gems as a contract songwriter, penning ‘What Am I Doing Hanging ’Round?’ for the Monkees, and ‘Calico Silver’ for Kenny Rogers And The First Edition. He returned to Texas in the early 70s and subsequently forged a highly successful solo career. 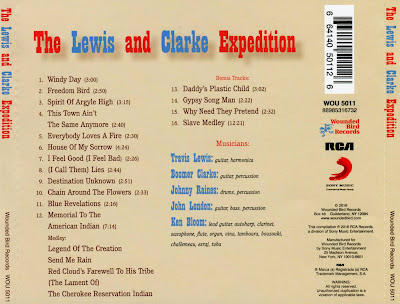 The Lewis & Clarke Expedition's sole, obscure LP is remembered mostly for its strong connections to the Monkees (particularly Mike Nesmith), and for including Michael Martin Murphey (going by name of Travis Lewis here) in their lineup before he'd started his solo career. Actually, however, it's not too similar musically either to the Monkees or to the cowboy music for which Murphey would become most known. Instead, it's a very mixed bag of 1967 pop/rock, some of it fairly good, but more often dated and jumbled in conception and execution. There's really not a whole lot of folk-rock or country-rock here, and though "Destination Unknown" sounds a little like a Buffalo Springfield outtake, if you want something that sounds like a cross between the Springfield and the Monkees, you'd be much better off with the Penny Arkade (another band with strong Nesmith connections). Often the group plumb for a happy, good-time pop/rock sound, but their material in that vein isn't so strong; the production is cluttered with too many gimmicky period flourishes, most disagreeably when vaudevillian touches are used, and the attempts at wry, humorous social observation (especially in "Chain Around the Flowers") are almost painfully strained. Other more impressive, ambitious tracks almost sound like a completely different band, with "House of My Sorrow" opting for earnest psychedelic raga-rock, and the seven-minute suite "Memorial to the American" attempting, nobly but not wholly successfully, to lament the struggle of the Native American. In yet entirely different bags, the party tune "I Feel Good (I Feel Bad)" sounds like a Tremeloes hit that never was. The gorgeous folk-psych rocker "Blue Revelation," with its enchanting reverbed guitar and harmonies, is easily the album's highlight, and had even some of the rest of the LP lived up to that cut's promise, it would make for a much more interesting and consistent listen