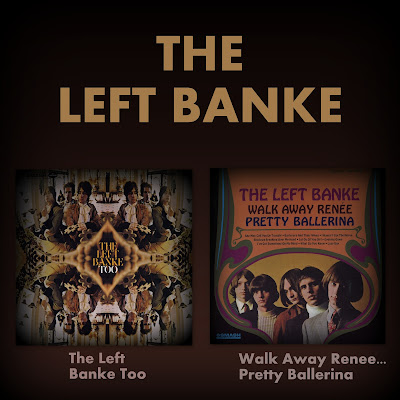 This New York group pioneered "baroque & roll" in the '60s with its mix of pop/rock and grand, quasi-classical arrangements and melodies. Featuring teenage prodigy Michael Brown as keyboardist and chief songwriter, the group scored two quick hits with "Walk Away Renee" (number five) and "Pretty Ballerina" (number 15). Chamber-like string arrangements, Steve Martin's soaring, near-falsetto lead vocals, and tight harmonies that borrowed from British Invasion bands like the Beatles and the Zombies were also key elements of the Left Banke sound. Though their two hits are their only well-remembered efforts, their debut album (Walk Away Renee/Pretty Ballerina) was a strong, near-classic work that matched the quality of their hit singles in songwriting and production.
the Left Banke's internal dynamic wasn't nearly as harmonious as their sound, and their history goes some way toward explaining their short career. Initially, the group made some recordings that were produced by Brown's father, Harry Lookofsky. When these recordings failed to interest companies in signing the band, the Left Banke broke up, Brown moving to California with the group's original drummer. A backing track for "Walk Away Renee" had already been completed, and the other members overdubbed vocals in Brown's absence. The song was released on Smash and became a hit, and the musicians reunited to tour and continue recording.
Unfortunately, the group, which showed such tremendous promise, was quickly torn asunder by dissension. Due to the nature of their music (which often employed session musicians), the Left Banke's sound was difficult to reproduce on the road, and one could sympathize with Brown's wishes to become a Brian Wilson-like figure, concentrating on writing and recording while the rest of the musicians took to the road. A variety of guitarists, as both session musicians and ostensible group members, flitted in and out of the lineup; Rick Brand, credited as the guitarist on the first LP, actually plays on only one of the album's songs. Adding fuel to the fire, Brown's bandmates wanted to oust Brown's father as the act's manager. In early 1967, Brown went as far as to record a Left Banke single without them, using vocalist Bert Sommer.
That single ("And Suddenly") flopped, and for a brief time in September 1967 the original members were recording together again. After just one single ("Desiree"), though, Brown left for good. Most of the group's second and final album, The Left Banke Too, was recorded without him. While it still sported baroque arrangements and contained some fine moments, Brown's presence was sorely missed, and the record pales in comparison to their debut. Brown went on to form a Left Banke-styled group, Montage, which released a fine and underappreciated album in the late '60s. He later teamed up to form Stories with vocalist Ian Lloyd.
There were some confusing son-of-Left Banke recordings over the next few years, although the band really came to a halt in 1969, after the second album. Brown, Martin, and unknown musicians made a few recordings in late 1969; then, oddly, the original group re-formed for a fine early-1971 single on Buddah ("Love Songs in the Night" b/w "Two by Two"), although the record itself was credited to Steve Martin. And the original group, minus its key visionary Michael Brown, made an album's worth of ill-advised reunion recordings in 1978.
Walk Away Renee Pretty Ballerina 1967 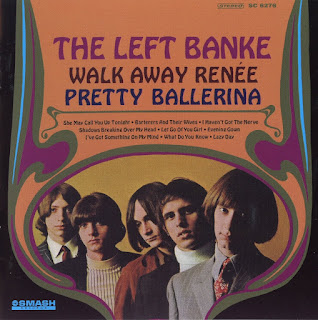 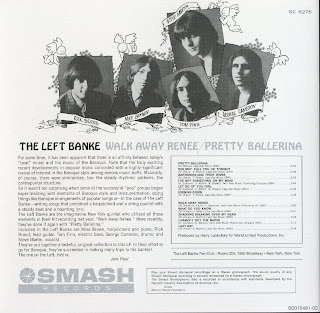 While the rise of folk-rock acts like the Byrds and the Lovin' Spoonful brought 12-string guitars and autoharps into the rock & roll vocabulary, and the Beatles' "Yesterday" and "Eleanor Rigby" opened the door for a more artful use of strings in pop music, the Left Banke pioneered something new with their debut single, 1967's "Walk Away Renee," which incorporated a small string section, harpsichord, and woodwinds to give the song a light yet dramatic Baroque flavor that was unique in rock at the time, and a perfect complement to the song's bittersweet tale of unrequited love. the Left Banke's follow-up, "Pretty Ballerina," was even more striking, and while the group started to fall apart almost as soon as they achieved success, their debut album, named for the two hit singles, was one of the best LPs released in a year full of innovation in pop music. Michael Brown, the group's keyboard player, wrote most of the songs, and with producer and arranger Henry Lookofsky (who was also Brown's father) he helped brainstorm the unusual sound of the Left Banke's material, but vocalist Steve Martin-Caro also played a major role in these sessions; his vocals, which could go from the wistful "Barterers and Their Wives" to the full-on rock shouting of "Lazy Day" at the drop of a hat, are impressive, and he helped write three of the album's best songs, "She May Call You Up Tonight" and "I Haven't Got the Nerve," and "Shadows Breaking Over My Head." Walk Away Renee/Pretty Ballerina is hardly unusual for a rock album of the era in that most of the tracks were dominated by session musicians rather than actual bandmembers, and in many respects, this album was a triumph for the producers and arrangers (among them Steve Jerome and John Abbott, along with Lookofsky) as much as the band, but they also gave this LP a remarkably diverse feel, from the Baroque sound of the hit singles and the formal-dress psychedelia of "Shadows Breaking Over My Head," to the country-rock accents of "What Do You Know," and the straightforward rock of "Lazy Day" and "Evening Down." If the Left Banke's moment of stardom was fleeting, Walk Away Renee/Pretty Ballerina reveals, for a brief and exciting moment, they were one of the best and most innovative American bands in rock & roll.
The Left Banke Too 1968 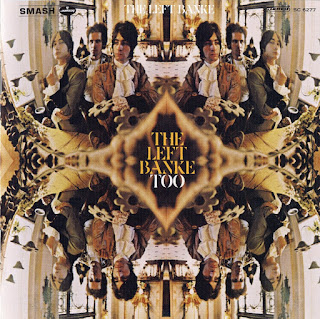 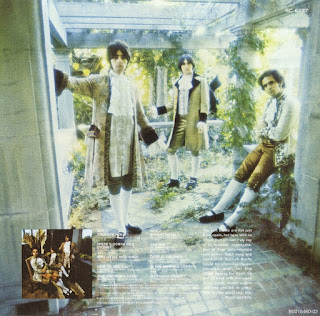 The Left Banke had been together for less than a year when their debut single, "Walk Away Renee," became a hit, and once the band began touring steadily, they started to fracture as Michael Brown, the group's 17-year-old wunderkind, songwriter, and pianist, decided he didn't care for life on the road. By the time The Left Banke cut their second album, Brown was out of the picture, as was producer and arranger Henry Lookofsky (he was also Brown's dad), and the lineup was down to a trio: vocalist Steve Martin-Caro, guitarist/bassist Tom Finn, and drummer George Cameron. Not promising circumstances for the creation of The Left Banke Too, but surprisingly it's a fine album that shows the group's second string had plenty of talent and a sound creative vision. The album's tone differs from the debut, with fewer songs as mysterious as the lovelorn "Walk Away Renee" and "Pretty Ballerina," and a production that sounds more like intelligent sunshine pop than the leaner Baroque vision of its precursor. But with the help of outside songwriter Tom Feher, the remaining members came up with some impressive material, including the lush psychedelic pop of "There's Gonna Be a Storm" and "My Friend Today," the engaging uptempo rocker "Goodbye Holly," and a witty tale of low-budget rock star decadence, "Bryant Hotel," which features some rollicking piano and a wailing vocal from Cameron. (He and Finn both stepped up for lead vocal spots on the album, with impressive results.) Brown reconciled with his bandmates long enough to write and produce a single, and both sides were included on Left Banke Too, with "Desiree" sounding like a grander variation on the tone of the first LP. The single was a flop, and none of the songs from The Left Banke Too fared any better, but even though it proved the be the band's swan song, it's a great pop album that confirms Michael Brown wasn't the only gifted songwriter in the group. (Two songs on the album feature backing vocals from one Steve Tallarico, who several years later would tie a scarf to his mike stand, change his name to Steven Tyler, and become the lead singer with Aerosmith.)
***