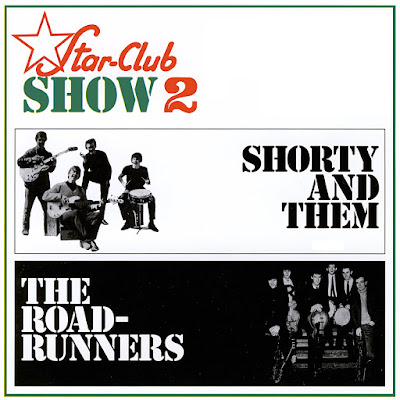 The Roadrunners
Mike (a.k.a. Henry) Hart - Guitar, Sax, Vocals
Pete Mackey - Bass, Vocals
Dave Percy - Guitar, Vocals
John Peacock - Piano
Dave Boyce - Drums
The Roadrunners emerged in 1962, having previously played as the Tenabeats. In those days, there was no white R&B scene in / Liverpool, as there was in London, centred on the activities of the rather older jazz-blues guitarist Alexis Korner.
For a short period, the Roadrunners cornered the R&B market in Liverpool, as we were the only group playing the same sort of Chicago/Muddy Waters style copies as our metropolitan counterparts - very different from the sound which came to be known as "Merseybeat". Thus we became the band of first choice for University and College gigs as the "trad" jazz bands which were popular at the time were swiftly replaced by something a bit more "a la mode".
The Roadrunners' spiritual home was the "Everyman Club" in the basement of the Everyman Cinema (now theatre) known as "Hope Hall". Four hundred yards from the Art School, and backing onto the university campus, the club was the hang-out of many local poets, painters and arty types, and so we became components of many diverse "events" arranged by Adrian Henri and based on Allan Kaprow's New York Happenings.
John Willett (arts correspondent of the Guardian newspaper) described one of these "happenings" as including: "Some really good things especially by Roger McGough, accompanied by an electric-guitar group, the Roadrunners: the first time I've heard poetry and jazz that really came off... Also a very effective turn with all three poets (Gorman, McGough and Patten) reading verses to a tune of the group's, which then let its own vocalist loose... There really was something there. "
http://www.liverpool-roadrunners.org.uk/english.html
http://www.liverpool-roadrunners.org.uk/
Shorty And Them
Formed 1964
Newcastle, Tyne and Wear, United Kingdom
Disbanded 1965
Members: 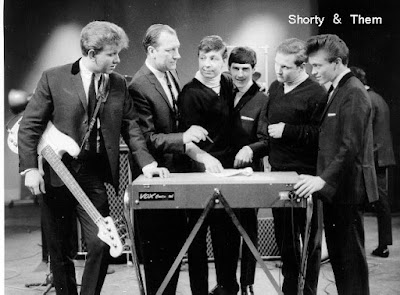 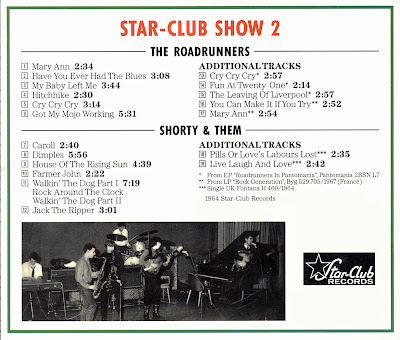 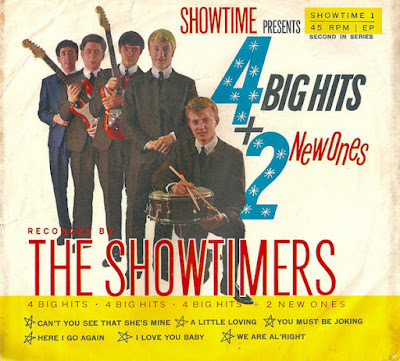