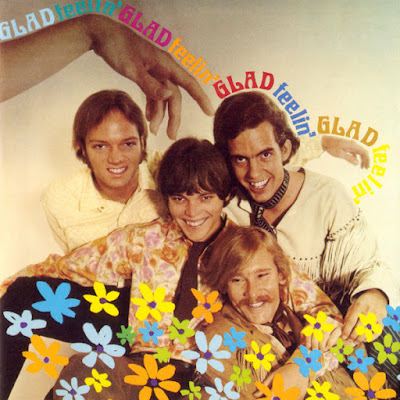 Pre-Poco-pre-Eagles act Glad was the natural continuation of The New Breed (no members left). Their sole 1969's album is in the flower power/soft psychedelic style, complete with rich harmonies and heavy orchestration.
When the band folded Timothy Bruce Schmidt achieved international success first with Poco and then with the Eagles. Tom Phillips, George Hullin & Ron Floegel regrouped to form Redwing who released a string of albums throughout the 1970`s and beyond.
In 1966, under their own label, World United, The New Breed recorded a new single, "Fine With Me" b/w "The Sound of Music."  The band's music mirrored the progressive changes that were happening in the music world around this time, and their follow-up single "Wand Ad Reader," was, essentially, a New Breed re-write of  "Paperback Writer."
Around 1968, the band signed on with a new label, Equinox, under producer Terry Melcher, who had the group change their name to Glad.
Members:
Ron Floegel — guitar, vocals
Tom Phillips — guitar, vocals
Timothy B. Schmit — bass, vocals
George Hullin — drums, vocals
In Los Angeles, Glad recorded one album, Feelin' Glad.  The album, again, is very Beatlesque, but it is a highly produced effort, more so like the post-'65 Beatles.  Apparently, the band was unhappy with the album due to the fact that they had very little control over it.  Certain parts of the record were overdubbed with strings, horns, and fancy production against the band's wishes.  Furthermore, its been stated that Tim Schmit is the only Glad member that appeared on the LP's track, "Shape of Things to Come," and this was apparently a sore spot for the group.  Regardless, the album, which is mostly Glad originals, is a solid album filled with great cuts and great singing and harmonies.
Unfortunately, Feelin' Glad did not sell particularly well, and in 1969, Tim Schmit, aka, Timothy B. Schmit was offered the position of bassist for Poco . He accepted it and went onto record some of the most under appreciated music ever with the band.  He became the replacement for Randy Meisner, who, ironically, he would replace again in the Eagles in 1977.  With Poco, Tim released 11 albums.
Glad, again, changed their name.  This time, they became Redwing....
http://www.desktop21.com/redwing/pages/history.html
http://badcatrecords.com/BadCat/GLAD.htm
http://www.angelfire.com/rock3/deliverin/Schmit/TimConcerts.htm 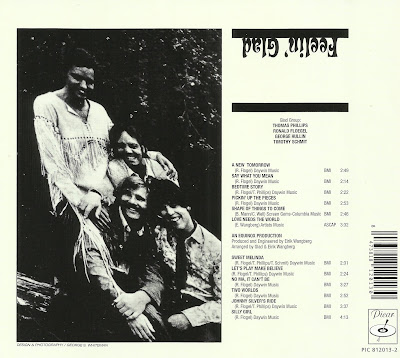