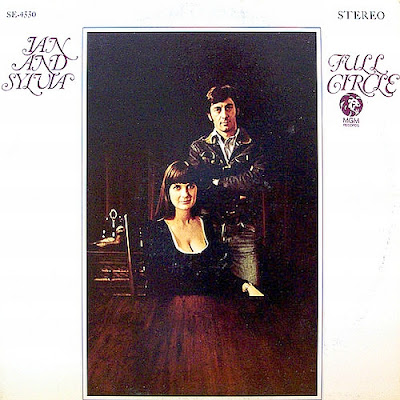 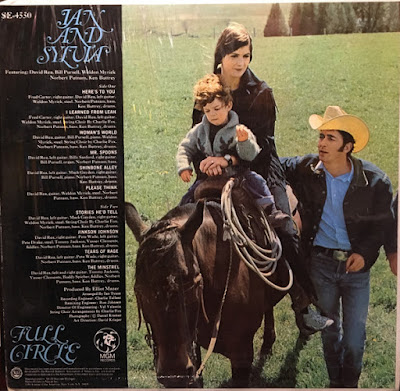 Ian & Sylvia were a Canadian folk and country music duo which consisted of Ian and Sylvia Tyson, nee Fricker. They began performing together in 1959, married in 1964, and divorced and stopped performing together in 1975.
The two started performing together in Toronto in 1959. By 1962, they were living in New York City where they caught the attention of manager Albert Grossman, who managed Peter, Paul and Mary and would soon become Bob Dylan's manager. Grossman secured them a contract with Vanguard Records and they released their first album late in the year.
Their first album, self-titled Ian & Sylvia, on Vanguard Records consists mainly of traditional songs. There were British and Canadian folk songs, spiritual music, and a few blues songs thrown into the mix. The album was moderately successful and they made the list of performers for the 1963 Newport Folk Festival.
Four Strong Winds, their second album, was similar to the first, with the exception of the inclusion of the early Dylan composition, "Tomorrow is a Long Time", and the title song "Four Strong Winds", which was written by Ian Tyson. "Four Strong Winds" was a major hit in Canada and ensured their stardom.
The two married in June 1964; they also released their third album, Northern Journey, that year. It included a blues song written by her, "You Were on My Mind", which was subsequently recorded by both the California group We Five (a 1965 #1 on the Cashbox chart, #3 on the Billboard Hot 100) and British folk rock singer Crispian St. Peters (#36 in 1967).A recording of "Four Strong Winds" by Bobby Bare made it to #3 on the country charts around that time.
On the Northern Journey album was the song "Someday Soon", a composition by him that would rival "Four Strong Winds" in its popularity. (Both songs would eventually be recorded by dozens of singers.)
Their fourth album, Early Morning Rain, consisted in large part of new songs. They introduced the work of the couple's fellow Canadian songwriter and performer Gordon Lightfoot through the title song and "(That's What You Get) For Lovin' Me". They also recorded songs "Darcy Farrow" by Steve Gillette and Tom Campbell, being the first artists to record these three songs. Additionally, they recorded a number of their own compositions.
They performed at the 1965 Newport Folk Festival. Play One More, their offering of 1965, showed a move toward the electrified folk-like music that was becoming popular with groups like the Byrds and the Lovin' Spoonful. The title tune used horns to evoke the mariachi style.
In 1967, they released two albums, one recorded for Vanguard, the other for MGM. These two efforts, So Much For Dreaming and Lovin' Sound, were far less dynamic presentations. At this time they were doing a weekly TV program for the Canadian Broadcasting Corporation.
They relocated to Nashville, Tennessee, where they recorded two albums; one to fulfill the terms of their Vanguard contract, the other to supply MGM with a second (and last) album for that label. The albums can be defined as early country rock music; Nashville for Vanguard was cut in February 1968, one month before The Byrds' Sweetheart of the Rodeo, widely considered the first collaboration of rock and Nashville players. Three of Bob Dylan's "Basement Tapes" songs are included on these albums; most of the rest were written by Ian or Sylvia.
In 1969, Ian & Sylvia formed the country rock group "Great Speckled Bird". In addition to participating in the cross-Canada rock-and-roll rail tour Festival Express, they recorded a self-titled album for the short-lived Ampex label. Produced by Todd Rundgren, the record failed when Ampex was unable to establish widespread distribution. Thousands of copies never left the warehouse, and it has become a much sought-after collector's item. Initially, the album artist was given as Great Speckled Bird but later copies had a sticker saying that it featured the duo.
* * *
Source: allmusic-wingsofdream.blogspot.com
+ Sharelabels (7)Flag
All60sCanadaCountryFolkIan & SylviaPopUSA