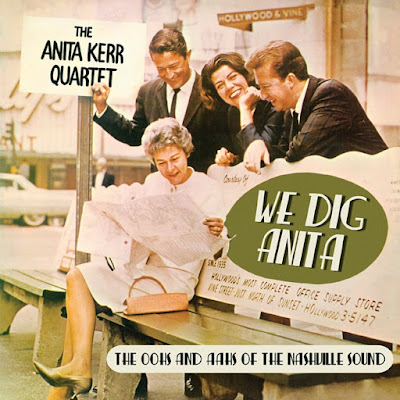 In the 1950s and '60s, the Anita Kerr Singers were one of the most popular group of backup vocalists in all of country music, appearing on countless recordings by renowned Nashville artists. Kerr was the group's leader, but was joined by alto Dottie Dillard, tenor Gil Wright, and baritone Louis Nunley, as the quartet initially gained attention by performing on the NBC radio program Sunday Down South in the early '50s, which led to a contract with Decca Records. In 1956, the Anita Kerr Singers landed a spot on the New York-based Arthur Godfrey Talent Scouts TV show, which led to further broadcast appearances (although the group never let their session work for others subside). Around the same time, Chet Atkins (then the head of RCA Records' country division) took the group under his wing, which led to the quartet appearing on countless recordings by renowned artists. The Singers continued to record and tour straight through the '60s, even managing to issue several of their own albums, including Anita Kerr Singers Reflect on the Hits of Burt Bacharach & Hal David, Velvet Voices and Bold Brass, and Simon & Garfunkel Songbook, among others. 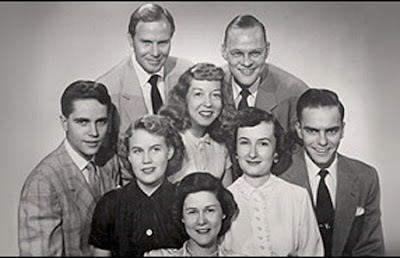 Members:
Anita Kerr, B.J. Baker, Bob Tebow, Dottie Dillard, Gene Merlino, Gil Wright, Jackie Ward, Louis Nunley, Mitch Gordon, Stan Beard, William Guilford Wright, Jr.
https://www.singers.com/group/Anita-Kerr-SIngers/
In 1956, Anita Kerr's singers won a contest on the Arthur Godfrey's Talent Scouts national television program. Now, cut down to a quartet at Godfrey's suggestion, the group travelled to New York City two weeks out of every six to appear with Godfrey on his daily television and radio broadcasts. A few years later, Kerr and her singers performed five times a week with Jim Reeves on his national radio program at WSM. The quartet's roster at this time featured tenor Gil Wright, baritone Louis Nunley, alto Dottie Dillard, and Kerr herself as both soprano and arranger. Singers and arranger soon began contributing to between twelve and eighteen recording sessions weekly.[1] Having previously backed Faron Young, Chet Atkins, and Webb Pierce on SESAC radio transcription sessions, the Anita Kerr Singers were invited to record their own songs for SESAC. Between 1959 and 1963, the group waxed sixty SESAC tracks. In 1960, as "The Little Dippers," the group recorded a hit single, "Forever", for the University label. Crediting herself as "Anita & Th' So-And-So's," Kerr multi-tracked her own voice to record the song Joey Baby, in 1961.[citation needed]
The Anita Kerr Singers signed with RCA Victor in 1961. Their first album for the label was From Nashville...The Hit Sound. Subsequent RCA Victor LPs extended the quartet's repertoire as they explored the soul songs of Ray Charles and the compositions of Henry Mancini.
The group's 1965 album We Dig Mancini won a Grammy Award for Best Performance by a Vocal Group. In addition to recording as themselves, the Singers continued to perform as backup singers in Nashville. Using Kerr's arrangements, they can be heard on songs by Hank Snow, Brenda Lee, Perry Como, Pat Boone, Rosemary Clooney, Bobby Vinton, Roy Orbison, Willie Nelson, Floyd Cramer, Al Hirt, Ann-Margret, and many other artists. Under her RCA contract, Kerr also arranged and produced a series of albums for The Living Voices on the RCA Camden budget label. These Living Voices recordings included the Anita Kerr Quartet, with the addition of 4 other vocalists to form an octet. In 1964, together with Chet Atkins and Jim Reeves, the Anita Kerr Singers toured Europe. 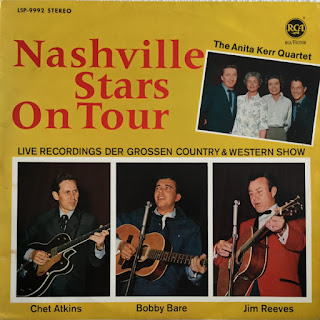 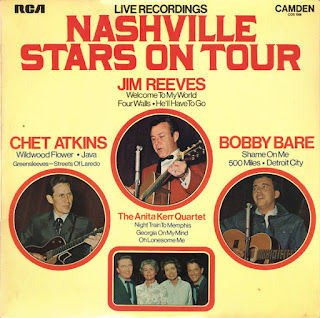