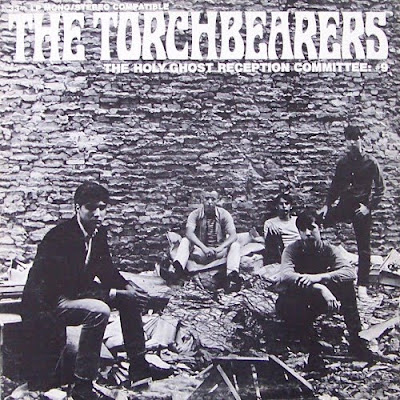 Dennis Blair Guitar, Guitar (Bass), Vocals
Rich Esposito Guitar, Vocals
Elmer Gordon Producer
Bob Kearney Guitar, Vocals
Mark Puleo Guitar, Harmonica, Vocals
Christian psychedelic quintet the Holy Ghost Receptive Committee #9 was the brainchild of Anthony Myers, a teacher at New York City's Regis High School -- assigned circa 1967 to work with students to write and perform contemporary minded songs that could be played at Mass. He assembled guitarists Dennis Blair, Rich Esposito, Bob Kearney and Mark Puleo, along with bassist Larry Johnson. The project proved so successful that Myers landed the group a recording contract with ecumenical publisher Paulist Press, and in 1968 the Holy Ghost Receptive Committee #9 (so named by a fellow student) issued its first LP, Songs for Liturgical Worship. After a 1969 follow-up, The Torchbearers, the group dissolved; Blair later enjoyed a career as a stand-up comic, opening for the legendary George Carlin for over a decade. 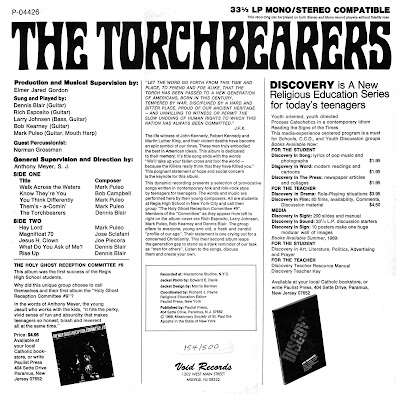 "Dennis Blair" (guitar), "Larry Johnson" (bass guitar, organ and rhythm guitar), "Bob Kearney" (guitar),"Rich Esposito" (guitar) and "Mark Puleo" (lead guitar and harmonica) met while attending New York's "Regis Jesuit High School".
Their intentions was to find a way to alleviate the monotony of weekly mass by writing and singing their own songs.
They started writing and playing their own music at daily Catholic masses.
Somehow convincing Jesuit Anthony Myers and school administrators to support their Rock star visions, they ended up with a recording contract with the Catholic "Paulist Press".
On The Torchbearers, the band continues in not glossing over life’s difficulties with a “smile, God loves you” kind of approach. In fact the cover photo shows them seated in a vacant trash-filled lot with faceless expressions. The Torchbearers is even heavier than their debut in joining raw garage band enthusiasm with that jangled ‘60s electric Byrds sound. There’s some straightforward Jesus folkrock here such as ‘Walk Across The Waters’ and ‘Rise Up’ (both in a lively classic Byrds style), but they also tackle issues like compassion and poverty (‘Know They’re You’, where clashing garage and fuzz guitars meet up against heavily echoed vocals) and segregation (the garage-rocking ‘Them’s A-Comin’). Nice bass action and fast electric strums on ‘Hey Lord’. Other cuts: ‘You Think Differently’, ‘Magnificat 70’, ‘Jesus H. Clown’ and ‘What Do You Ask Of Me?’. Dedicated to the memory of John F. Kennedy, Robert Kennedy and Martin Luther King – the title ballad alludes to them with the words “we’ll take up your fallen cross and fool the world; because the killers really think that they have killed you.” Not afraid to ask some probing questions along the way and include a touch of Ecclesiastes in the lyrics (the back describes their statement as “one crying out for a concerned Christianity”).
Also : http://psychedelic-rocknroll.blogspot.ru/2009/03/
holy-ghost-reception-committee-9.html 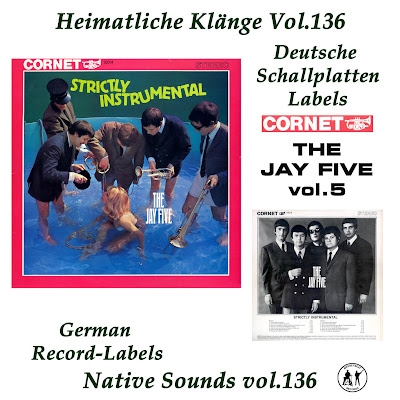 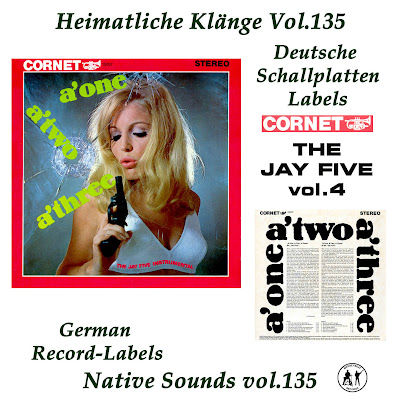 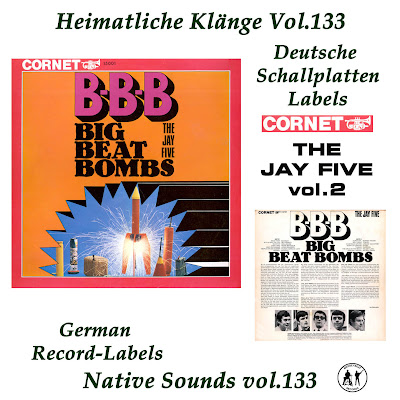