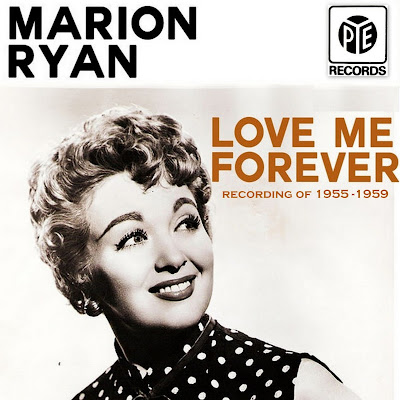 Marion Ryan was born in Middlesbrough, Cleveland, UK in 1931. As a professional singer she worked with the Ray Ellington orchestra which springboarded her recording career. She had a good singing voice and was capable of a wide rage of styles. Her glamous good looks earned her the title "the Marilyn Monroe of popular song," but despite her popularity her recording career was mediocre. She did have one UK Top Five hit with 'Love ne forever' (1958). 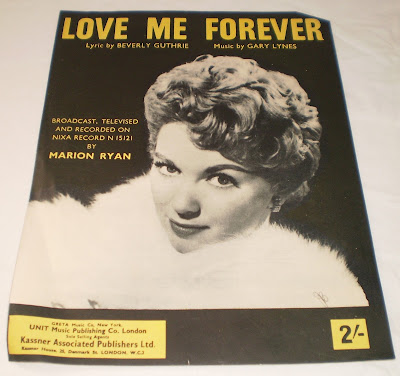 Marion moved into television where she appeared as the resident singer in Granada's 'Spot that tune' (1957-1963). Her outgoing personality won the viewers heart and she even had modest success on US TV. Marion married American showbusiness millionaire, Harold Davidson and when public tastes changed she quietly retired from showbusiness.
She had identical twin sons, Paul and Barry (born 1948) from her previous marriage . The boys took their mother's name (prevously Sapherson) and started singing professionaly, 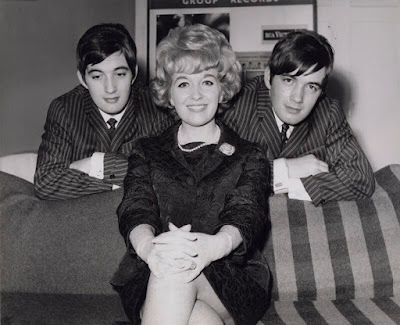 Marion Ryan passed away aged 68 in 1999.
http://zani.co.uk/archive/music-archive/item/527-marion-ryan-and-paul-and-barry-ryan
https://www.allmusic.com/artist/marion-ryan-mn0000278399
Best before the beat
Marion Ryan was a leading British pop singer of the 1950s. Her glamorous appearance and bright, Americanised vocal style made her a star of stage, records and television in the years between rock 'n' roll and the advent of the Beatles, which changed the face of pop music.
She was born Marion Sapherson in Leeds and changed her name to Ryan when she became a professional singer. She first came to prominence in the mid-1950s with the Ray Ellington Quartet, whose leader had featured regularly on the Goon Show and who had based his style on such American artists as Louis Prima and Louis Jordan.
With the Ellington group, Ryan made many BBC radio broadcasts, and subsequently hosted a television show, Swing Along, in the early years of ITV. By now established as a solo artist, she starred in variety shows such as Music For The Millions, which toured Bournemouth, Margate, Southsea, Llandudno and other seaside resorts in 1958 with a cast including Jimmy Young and Ryan's friend Alma Cogan.
The lack of young British women singers during this period (compared to the pre-Beatles pop era in the United States), and the fact that both Ryan and Cogan were perceived as glamorous in much the same way as the Rank starlets, meant that press publicity tended towards portraying them as rivals.
Boosted by the appeal of publicity shots, taken by the leading show business photographer Harry Hammond and others, Ryan was sometimes billed in captions as 'Britain's answer to Marilyn Monroe'. In keeping with the image, she appeared in the film musical It's All Happening, duetting with Tommy Steele, and also took part in the 1960 Royal Variety Performance. 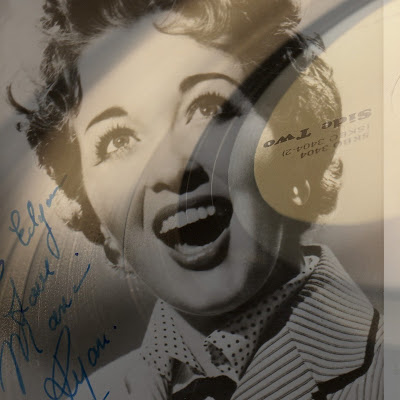 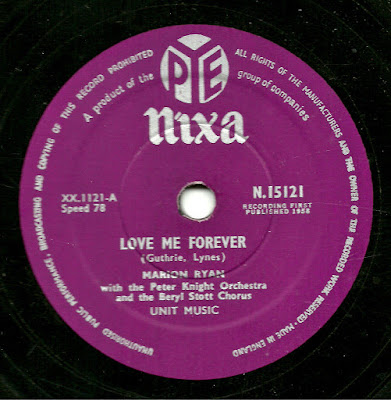 From 1956 Marion Ryan recorded for the Pye Nixa label. This was an era when British singers mostly came up with domestic versions of hit songs already made famous in America, and Ryan made her fair share of such cover versions. Among these were rendition.. More : 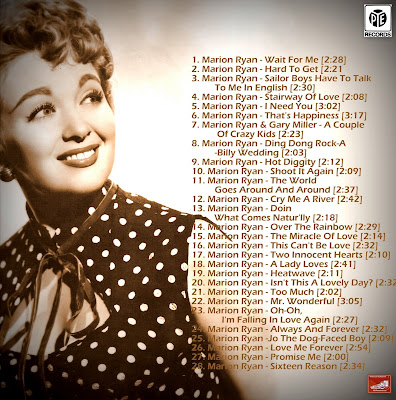