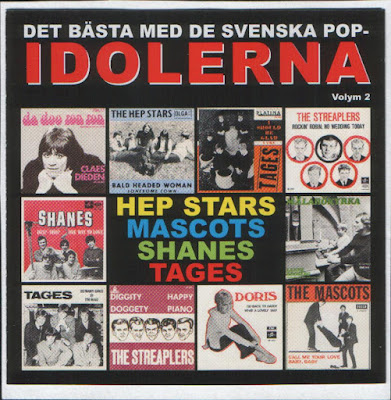 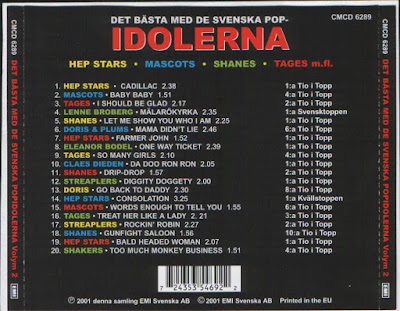 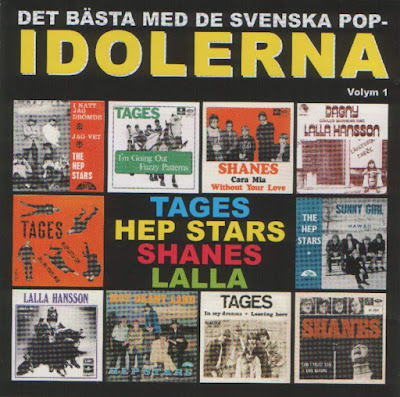 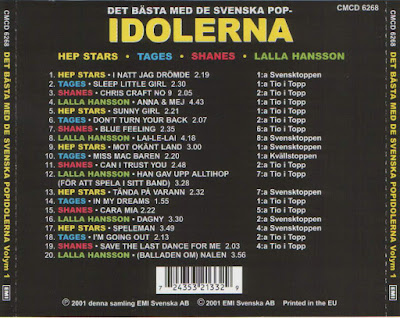 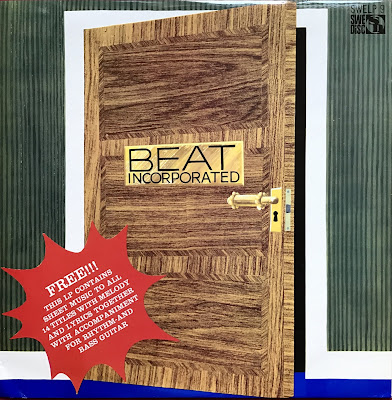 "Shortlived garage band from Uppsala, Sweden, for which I don't know and can't seem to find any facts on formation or early history. Later on bassist Kjell Matchke took part in the "New Shanes" reformation, keybordist "Ola" played in a couple of less known groups in the eighties and nineties and drummer Christer Jarlstrand was a member in Maniacs from 1967. As the story goes this one-off LP was recorded in just five hours at the Stockholm music scene Kingside with help of a "recording bus" in freezing cold. If that's true it was sure an heroic effort, cause this is a surprisingly good pop/beat album. All songs written by singer Christer Berglund (1942-2016) - here under alias "Chris Corday" - most in a contemporary merseybeat style. Well written, played and sung, spiced with just enough imperfection and live feeling to make it good garage." ~ monolover 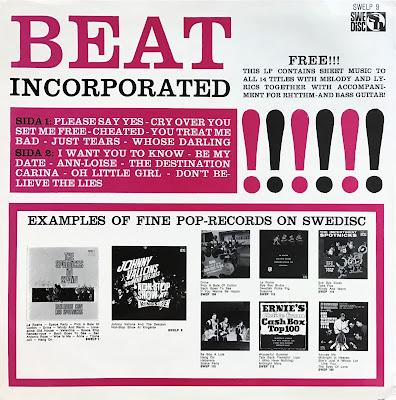 "Album from 1964 by the Swedish beat group Beat Incorporated. They were a very good band that only released one album, namely this one. I haven't been able to find much information about the band, so I assume they weren't too big. Still, the frontman of the band, Christer Berglund more known as Chris Corday, was quite successful as a song-writer, his songs being covered by The Spotnicks (Please Say Yes and I Know a Secret), The Scorpions (Ann-Loise, Cheated and You Treat Me Bad) and rather recently, Peter Berry and the Shake Set (Please Say Yes), and probably more." ~ Simon Stadin
***
Source: allmusic-wingsofdream.blogspot.com
1 Comments+ Sharelabels (2)Flag
AllBeat IncorporatedSweden 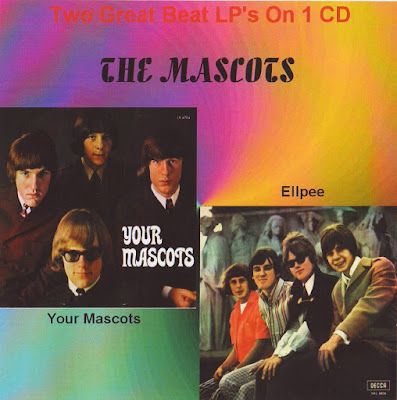 The Mascots were a fairly successful Swedish sixties group, issuing around twenty singles and two LPs between 1964 and 1968, and reaching the Swedish Top Ten with five of their 45s. Although they wrote much of their own material, most of their output was extremely imitative of British Invasion pop, and they (like virtually all Swedish acts of the time) were unknown to the English-speaking world. However, if you're on the hunt for lightweight, but sometimes charming, pseudo-Merseybeat, the Mascots made some pretty enjoyable (and some extremely awkward) tracks along those lines. In particular, the ultra-catchy, close-harmony number "Words Enough to Tell You" is a gem of the genre. As it made #6 in Sweden in 1965 and was included in the best and most widely circulated compilation of Swedish 1960s rock (Searchin' for Shakes), it's the Mascots track non-Swedes are most likely to be familiar with. Alas, none of their other recordings were up to this level, although "A Sad Boy" (another Swedish Top Tenner) and a few other mid-1960s cuts were fair mock Merseybeat. The 1966 single "I Want to Live" was proof that they could get a little tougher and weirder, and has been included on some compilations of rare "freakbeat, " but this direction wasn't explored by the band on other efforts. The Mascots' grasp of English (which they sang in exclusively) was slighter than that of some other Swedish groups, and this—combined with some corny Nordic folk-influenced Merseybeat on some early recordings, and some dull middle-of-the-road pop-folk-rock on their late 1960s releases—makes a compilation of their output erratic and hard to sit through in its entirety. 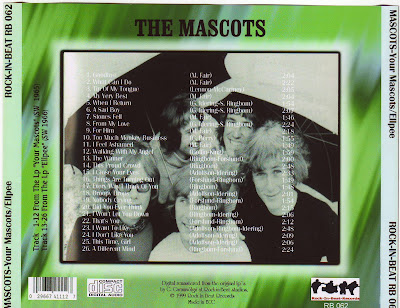 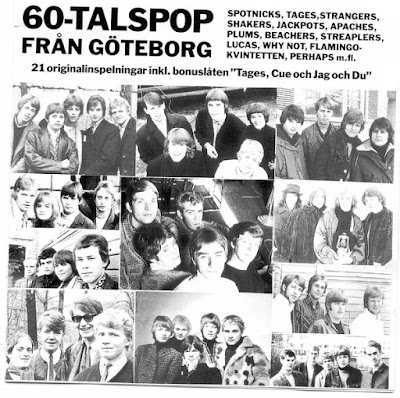 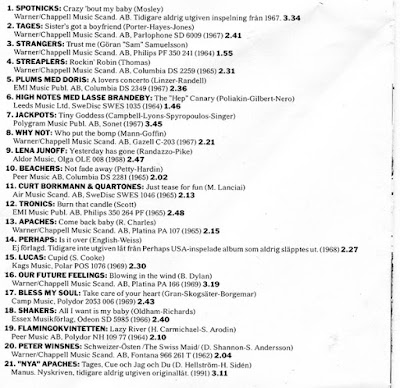 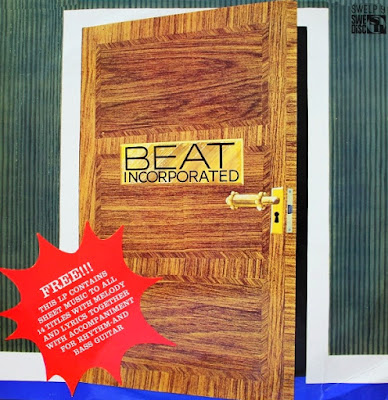 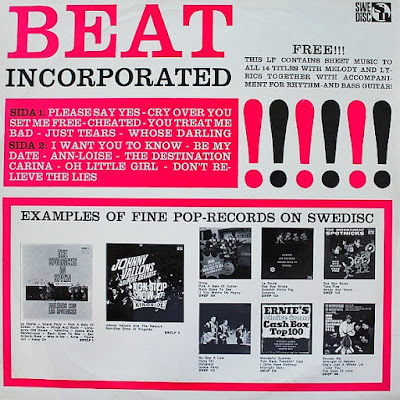 Now something rare - my remastering from a big-beat 1964 vinyl album...
Beat Incorporated from Uppsala-Stockholm with the talented songwriter and frontman Chris Corday recorded just one album in 1964 on Swedisc. Chris had a lovely feeling for catchy melodies and “I Know A Secret” is one of his finest songs. The recording took place in the legendary pop club Kingside in Stockholm.
Members: Chris Corday (alias for Christer Berglund) - vocals, Kjell Matschke - bass,
Lars Söderlind - guitar, Christer Jarlstrand - drums.
https://swedishbeat.wordpress.com/bands/beat-incorporated/
Album from 1964 by the Swedish beat group Beat Incorporated. They were a very good band that only released one album on Swedisc, namely this one. The frontman of the band, Christer Berglund more known as Chris Corday, was quite successful as a song-writer, his songs being covered by The Spotnicks (Please Say Yes and I Know a Secret), The Scorpions (Ann-Loise, Cheated and You Treat Me Bad) and rather recently, Peter Berry and the Shake Set (Please Say Yes), and probably more. 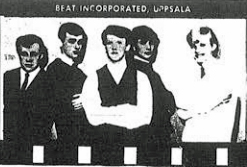 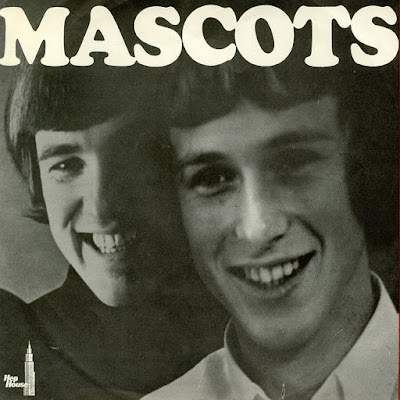 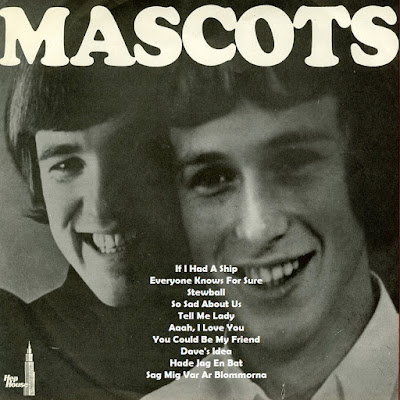 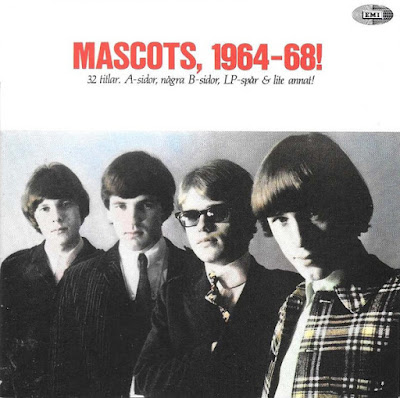 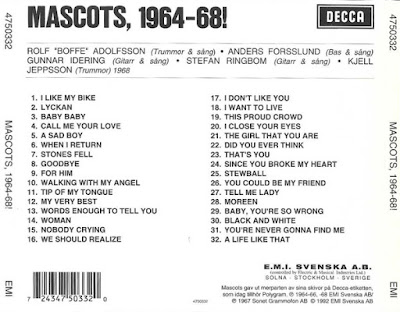 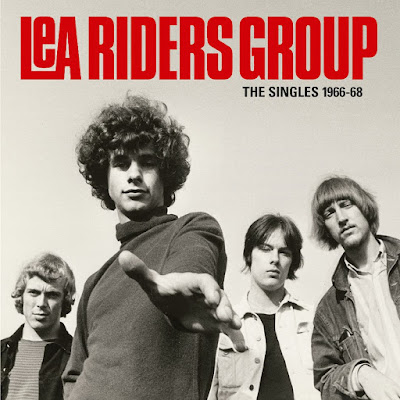 Compilation with Lea Riders Group who released five 7" singles on the Philips label in the years 1966 - 1968.
The collection consists of A and B sides from all 7" singles, remastered from the original tapes. The album is packaged in a standard LP cover with printed inner sleeve containing the front and back sides of the single covers, 7" labels, pictures of all the original tape boxes, as well as a couple of old photos from Hawkey Franzén's private image archive and Universal Music archive. 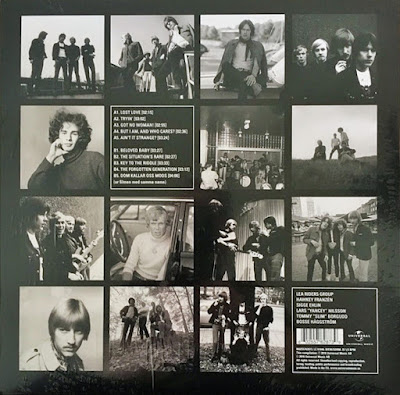 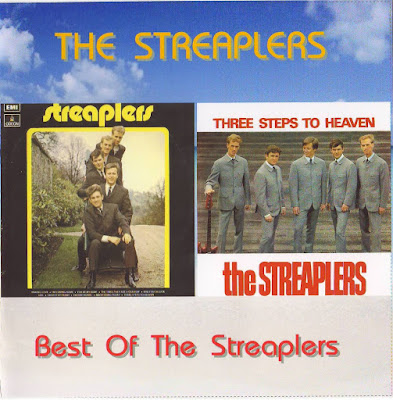 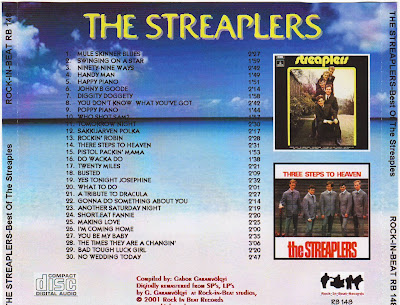