Why I'd Be A Poor Guest on a Movie Podcast

A really nice guy sent me an email and said he wanted me to be a guest on his podcast, which was about obscure old movies. I had to decline, and here's what I said:

"Thanks! Love your show, but I would be a big disappointment to your audience, because I'm no good at talking about movies.

When I was coming up as the youngest kid of a family of five, my Dad was too cost-conscious to take all of us out to movies. I remember one time we talked him into making an exception. All of us piled into our yellow truck and went to a movie theater to see Mary Poppins. But they had just raised the price to 35 cents per person, and that was too much for him. "THIRTY FIVE CENTS EACH!!!? NO WAY!" He said as we got back in the car. And we went home without seeing the movie. 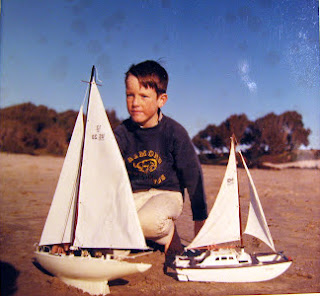 Instead I found a radio station that played old radio shows like Suspense and Escape and The Bickersons. No one my age had ever heard of those shows, which made it feel like I lived in my own universe. After I left for college I never bought a TV. All the media references of people my age are lost on me.

Instead I did stuff like stand in the backyard, shoot an arrow straight up in the sky, watch it turn around, and step out of the way when it came back down. 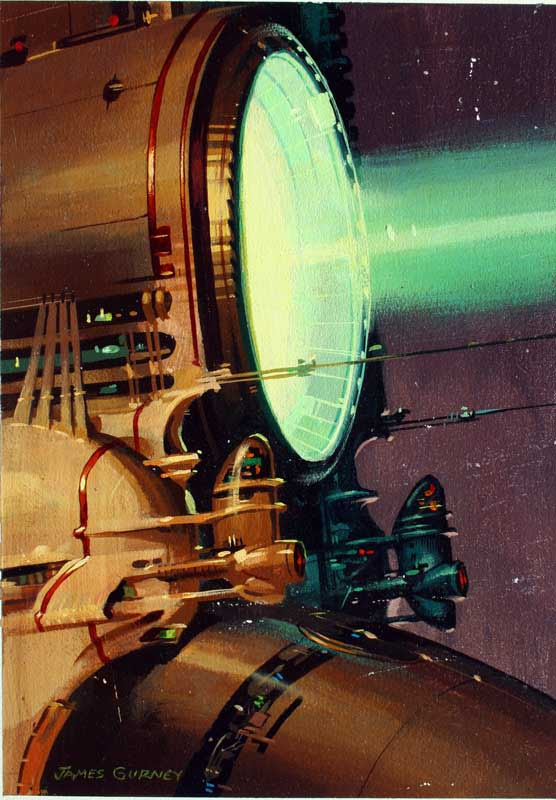 Space Beacon, gouache, 6 x 8 inches.
A space fantasy can be an opportunity for experimenting with color.
The idea here is to shift the axis of the triad away from the usual yellow/red/blue and base it instead on orange-brown, yellow-green, and red-violet. From Color and Light: A Guide for the Realist Painter.
Source: gurneyjourney.blogspot.com
0 Comments+ ShareFlag
All

Books are on their way

If you ordered a book from our web store over the weekend, it’s on its way to you in today's mail. 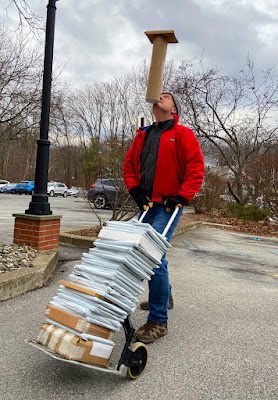 Each book is signed and personalized with a little dinosaur doodle.
Source: gurneyjourney.blogspot.com
0 Comments+ ShareFlag
All 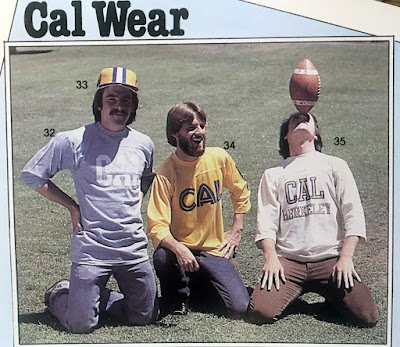 My career as a professional fashion model was short but well balanced.
Source: gurneyjourney.blogspot.com
1 Comments+ ShareFlag
All

Published:
Making copies of Charles Bargue plates have become a standard part of academic practice in the ateliers, but it can be hard to find high quality reproductions of the original lithographs. 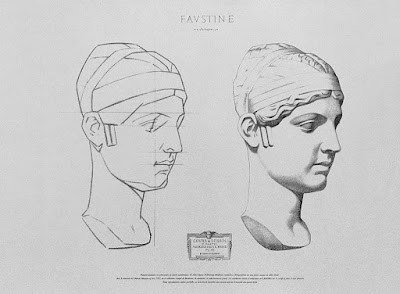 Fortunately a dedicated team of artists and technicians has reprinted many of the best plates, including this one of Faustina, using a painstaking process that included careful photography from the original Bargue set and printing on a historic press using a heavyweight light gray stock. 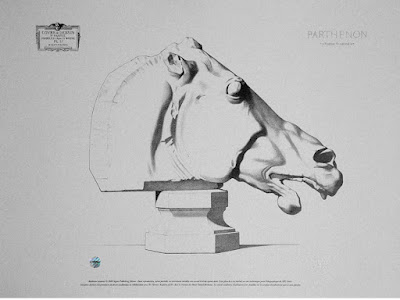 According to the creators, this plate represents "a horse's head, from the east pediment of the Parthenon showing the miraculous birth of the goddess Athena. This figure was carved like an isolated horse's head, pulling the chariot of the goddess Selene during the night." 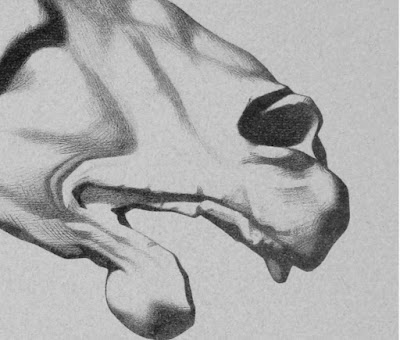 "It captures the very essence of the stress felt by the animal. The ear is flattened back, the jaw gaping, the nostril flared and the eye bulging." 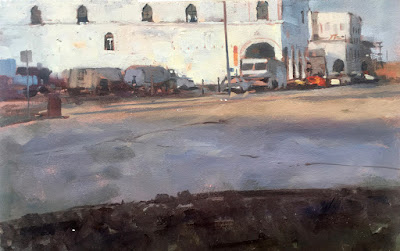 Venice Beach, plein-air oil, 9x 12 inches.
I had fun with this one putting most of the detail way up in the upper right, and letting the rest be open spaces.
Source: gurneyjourney.blogspot.com
0 Comments+ ShareFlag
All 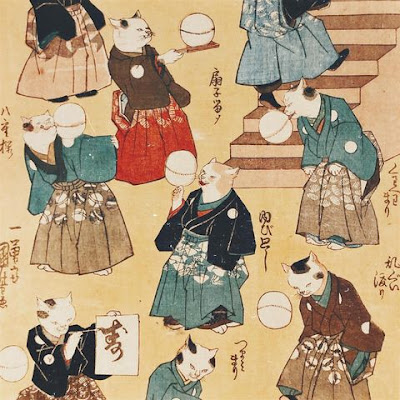 Cats Juggling Balls by Utagawa Kuniyoshi (1797-1861)
According to the Ōta Memorial Museum of Art, "Kuniyoshi was an ukiyo-e artist who was active in the late Edo period. Kuniyoshi made his debut as an ukiyo-e artist in his late teens. After an unsuccessful period, he made a big breakthrough in his early thirties with the series “One Hundred and Eight Heroes from Tales of the Water Margin.” 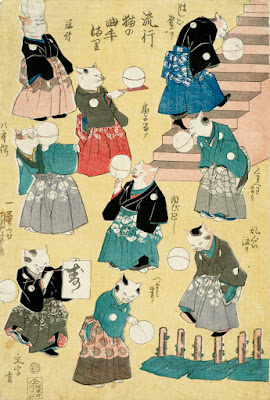 "Since then, he worked energetically on all kinds of genres of ukiyo-e including “musha-e (warrior pictures)” of heroes, “giga (caricatures)”, landscapes, “bijin-ga (pictures of beautiful women)”, “yakusha-e (portraits of kabuki actors)”, and pictures for children."

Published:
Is there a difference between botanical art and plein-air painting? While both may result in attractive images of plants, the botanical artist is more concerned with portraying individual specimens with a scientist’s perspective, removing a plant from its context to understand the structure and exploring the beauty in that way. 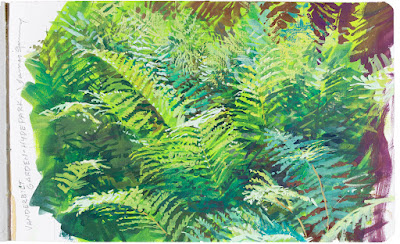 The plein-air artist pays attention to the whole living ensemble as influenced by light, air, atmosphere, spatial depth. It’s possible to combine the two visual approaches—and the thought process behind them—to see both the forest and the trees. 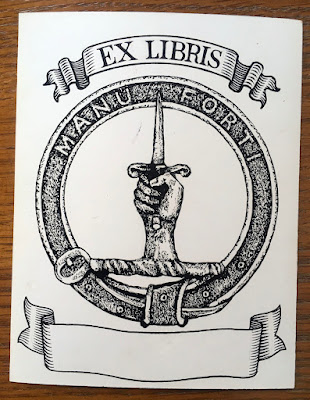 The Mackays of Scotland have a clan badge that says "Manu Forti," which means "with a strong hand." When I was just 13 years old, I realized I had Mackay ancestors, so I drew this bookplate on scratchboard and printed it out as a bookplate for my graphic arts class.
Thirteen years old is the age when I started to figure out who the heck I was. I discovered it was possible to make a living with my hands in graphic arts, calligraphy, animation, or illustration.
All my heroes—Howard Pyle, N.C. Wyeth, Norman Rockwell, Preston Blair—had their heyday between 1900 and 1940. They were long gone before I got started. But that didn't matter to me. They were all people in books, anyway. I just saw the glimmer of a path out of the thicket of teenager-hood into the possibility of an adult life.