Published:
Jordu Schell wants to scare the daylights out of you. 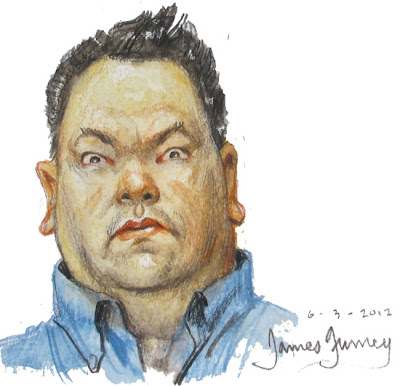 In Allentown, Pennsylvania last weekend, Schell gave a lecture about designing monsters for Hollywood movies. I'm an admirer of his work, so I sat up front and sketched him as he spoke about the things that scared him as a kid. 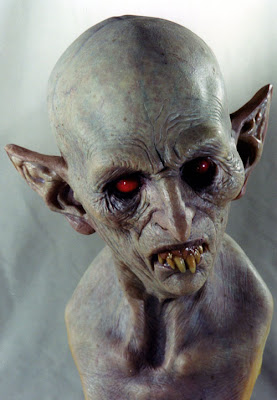 He started out by showing examples of weird animals in nature, then gave an overview of creature design in movies, and spotlighted some of his inspiration from the field of illustration, ending with examples of his own work.

Schell has done concept work for “Avatar”, “The Chronicles of Narnia: Prince Caspian”, “300”, “Hellboy”, “Aliens vs. Predator – Requiem” and many other films since he began in the field in 1987. He also makes props, masks, model kits, and effects — and he offers classes.