Published:
Illustrator Frank Reilly painted this aerial view of a railroad yard. The perspective lines vanish to points far outside the composition's rectangle. How did he locate those points? 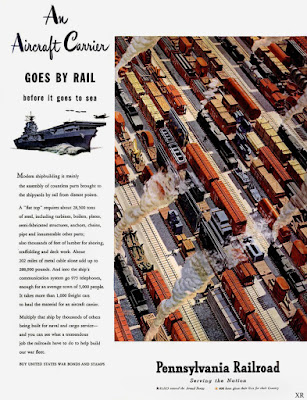 Reilly explains that the client wanted a certain number of freight cars to be visible in the shot, which meant he had to use a high point of view.
He went to the lumber yard and found strips of wood that stood in for the railroad cars, then photographed them from a stepladder, experimenting with different angles. 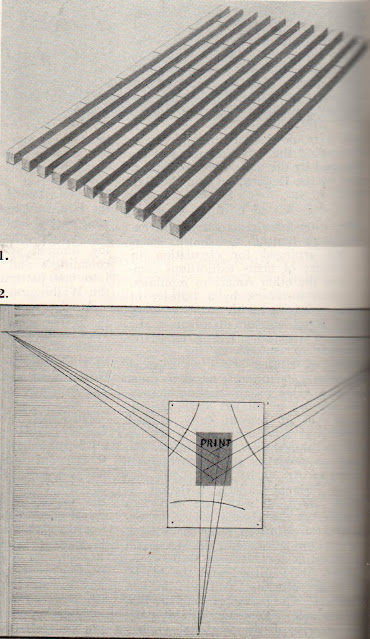 He took a photo of the wood strips and put a print of the photo in the middle of a large sheet of paper (above) and traced the perspective lines back to all three vanishing points (VP). From each point "he then swung an arc on the paper near the edge of the photographic print." 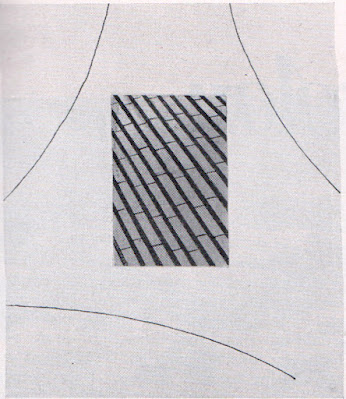 He then photographed this diagram and put it in a projector. He was able to trace onto his larger board the main lines of the separate railroad cars and the big arcs that would lead him to the remote VPs. 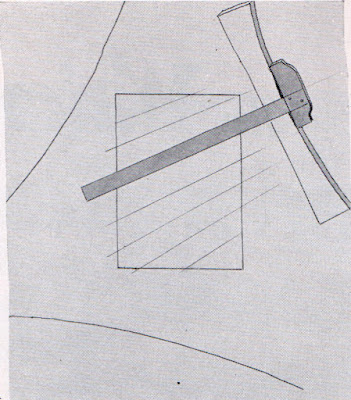 "On the enlarged drawing (thumbtacked to a large drawing table), templates cut of thick cardboard were tacked, their curved edges identical with the arcs of the projected enlargement."
"The T-square, traveling along the curved arcs of the templates, served for all converging lines, many of which in addition to those of the photographic print, were needed for the detailed drawing." 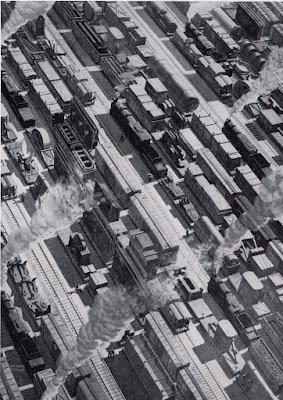 "The lower vanishing point is located in a vertical that passes through the vertical lines of the picture quite near its left edge."

The Frank Reilly School of Art