The Skies of Josep Puigdengolas

The Skies of Josep Puigdengolas

Published:
Josep Puigdengolas Barella (1906-1987) was a Spanish/Catalonian landscape painter with some interesting ideas about skies. 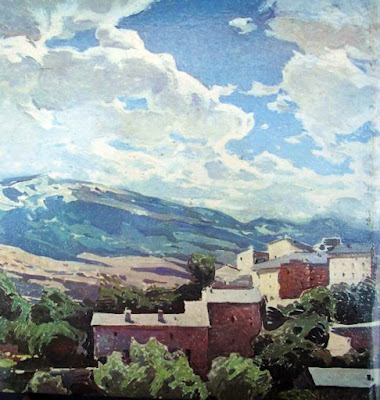 A channel of blue sky bisects two groups of cumulus clouds. The blue of the sky gradates to a lighter value as it approaches the horizon. 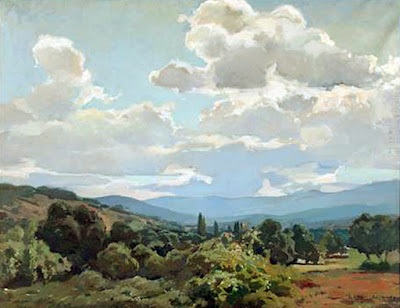 Backlit clouds show light fringing all around, with crisper edges on the outside of the clouds and softer edges inside the cloud forms. 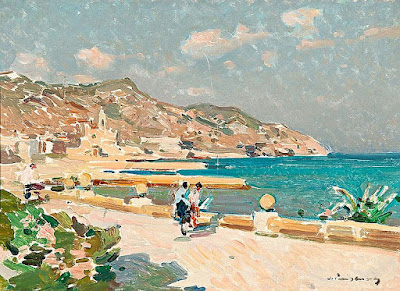 Small touches are relatively disconnected in the land forms but a bit more merged in the sky. A line of warm-colored clouds crosses a blue sky. The blue of the sky is spiced up with warm touches. 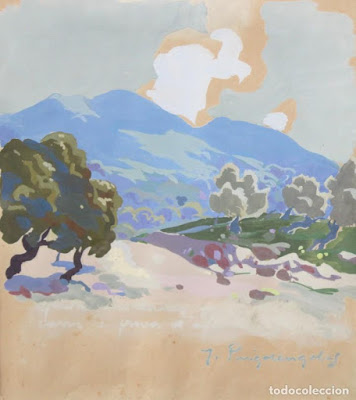 Simple flat colors show the bones of his thinking. Painting on a warm ground, he places a light cloud mass and a blue sky, but leaves a warm fringe all around. The washes of milky paint in the foreground let the warm ground shine through. 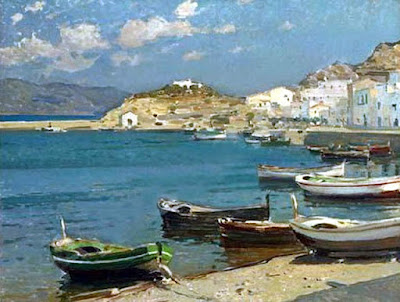 Since there's no Wikipedia page on Josep Puigdengolas, here's a little more, translated from Todo Coleccion: "He studied at the Royal Academy of Fine Arts in Florence. He had his studio in Barcelona but lived for periods in Mallorca and Sardinia. In 1951 he was appointed Professor at the Superior School of Fine Arts of San Jorge in Barcelona."

1 Comments on Gurney Journey: The Skies of Josep Puigdengolas

Report "The Skies of Josep Puigdengolas"