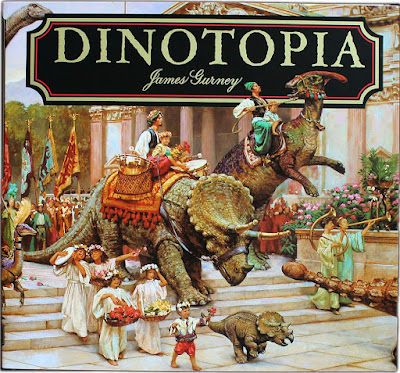 Strap on your headphones and pack your bags for a trip to Dinotopia via the full-cast audio drama by ZBS Productions. You can listen for free (with a few ads) on Dramafy.
Source: gurneyjourney.blogspot.com
0 Comments+ Sharelabels (2)Flag
AllAudioDinotopia 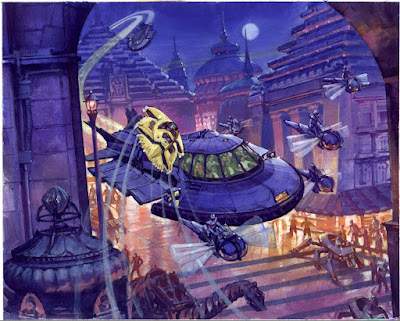 Skimmers are floating vehicles based on the design of trilobites and other Cambrian and Permian arthropods. 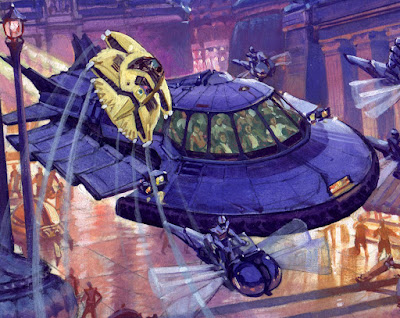 I originally produced this small painting as a concept for a virtual-reality ride simulator. Note the riders seen through the windscreen of the main vehicle.

I included the artwork in the book First Flight, which is set in Poseidos, the high tech capital of ancient Dinotopia. In this spun-off sub-universe, people and dinosaurs challenge a dystopian society of drones, surveillance, and AI-powered robots, all of which have become increasingly relevant in the 23 years since the book came out.
--
(Link for signed copies)
Source: gurneyjourney.blogspot.com
0 Comments+ Sharelabels (1)Flag
AllDinotopia 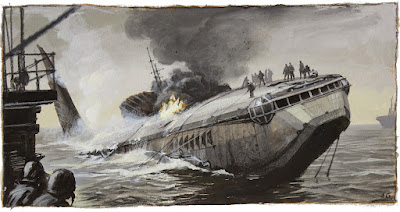 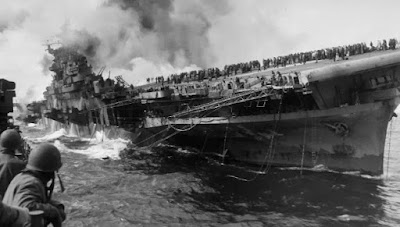 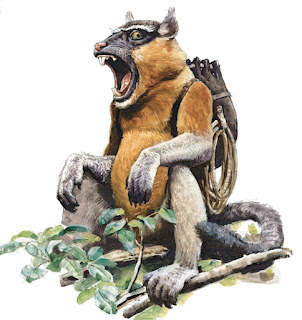 Bongo is a good animal to have on your team. He's 3.5 feet long and likes to eat frogs and nuts. He's good at rock climbing, with a good hand with the lasso. In his backpack tool kit he's got a rope, a grappling hook and a hammer, and he knows how to use them.

In Dinotopia: First Flight, I was excited to include some of the mammals from the fossil record, such as Plesiadapis, since we tend to fixate so much on dinosaurs. I was inspired by Joseph Campbell's idea of hero partners with specific skills and talents who join you on a quest.

Inside the Dinotopia Pop-Up Book

The painting is 3 x 6 inches, oil on board, published in my illustrated adventure Dinotopia: Journey to Chandara (signed copies available in my online store).
Source: gurneyjourney.blogspot.com
4 Comments+ Sharelabels (2)Flag
AllDinotopiaJourney to Chandara 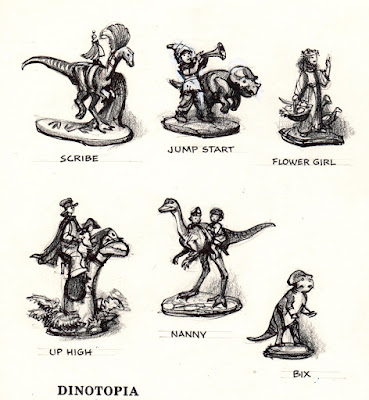 Our boat brought us to a settlement of crested hadrosaurs and their human assistants, where we spent a few days drying out in the smoky attics of their houses"

The painting is done in oil wash over pencil on illustration board, which has been sealed first with some workable fixative spray and then with a thin layer of acrylic matte medium. 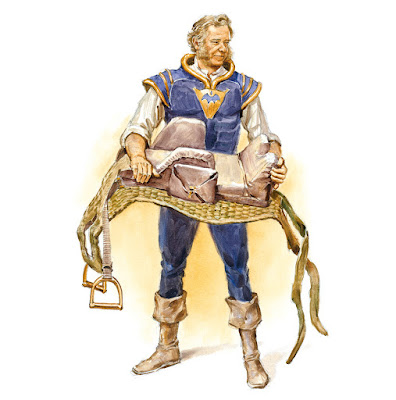 This technique is fast, direct, and reproduces well.

handeyeoriginals asks: "What do you thin the oils with to make the wash?"

Answer: Liquin (a fast-drying alkyd medium) and Gamsol (a mineral solvent). Note that both of those are toxic, so you need good ventilation and protection for the skin of your hands.

joeybruceartWhat’s the advantage of an oil wash instead of watercolour?
Colour? Vibrancy?
Answer: It's workable for a longer period and it blends well with opaques.

Illustrations from Dinotopia: A Land Apart from Time.

Take me to Dinotopia 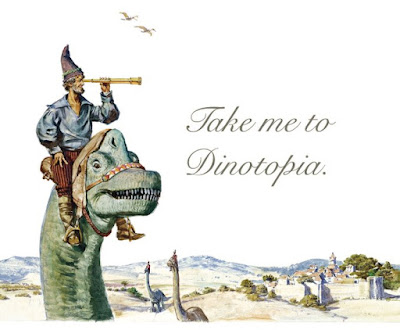 Image from Dinotopia: A Land Apart from Time
My bags are packed. Are you coming too?
Source: gurneyjourney.blogspot.com
11 Comments+ Sharelabels (1)Flag
AllDinotopia

I had to imagine which parts of the pose were moving in which directions and at what speed. 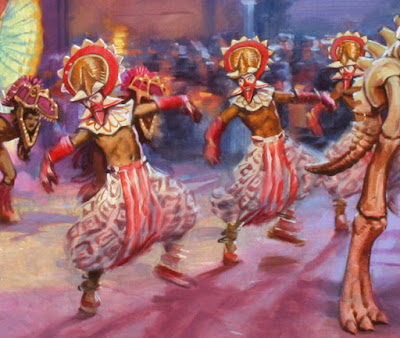 The arms are swinging up, and the feet are swinging outward from the knee. The imaginary “camera” is also panning right to track the action, which horizontally blurs the out-of-focus background detail.
----
From Dinotopia: First Flight (on Amazon) or (signed at my website)
Source: gurneyjourney.blogspot.com
6 Comments+ Sharelabels (1)Flag
AllDinotopia