Published:
Edweard Muybridge perfected the technique of capturing motion in a series of separate photographs.
But around the same time, Étienne-Jules Marey pursued a slightly different photographic technique  for representing movement called chronophotography. We might call it stroboscopic photography today. 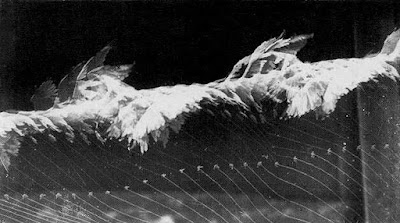 Instead of breaking down the action into a series of separate images, he superimposed all the phases of the action into a single image. That makes it harder to study each pose, but it's easier to see the overall path of action and the arcs of movement of the smaller forms. 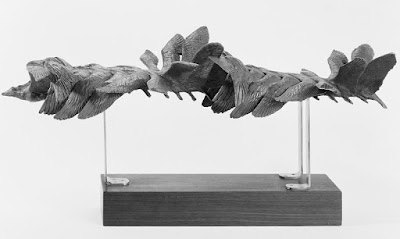 Marey also created sculptures that show the pattern of movement in three dimensions. 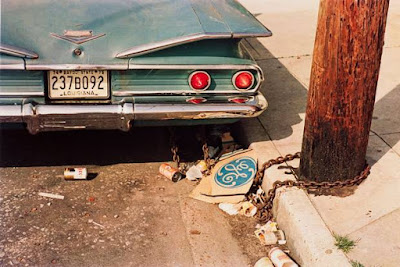 William Eggleston's color photographs are featured in an exhibition currently at the Metropolitan Museum. 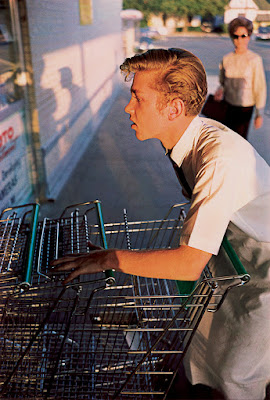 The photos are dye-transfer prints from his Los Alamos

series, taken mostly in the American south in the early 1970s. 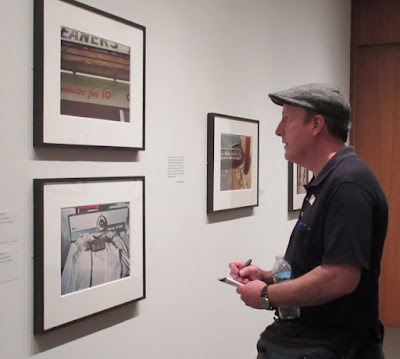 The curators wisely avoided writing their own interpretations of the images, and instead accompanied the photos with occasional quotes by Eggleston.
Eggleston's thinking about his images has inspired all sorts of visual artists and filmmakers who are captivated by the quotidian. 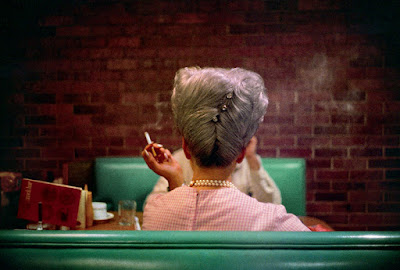 “I am at war with the obvious.” 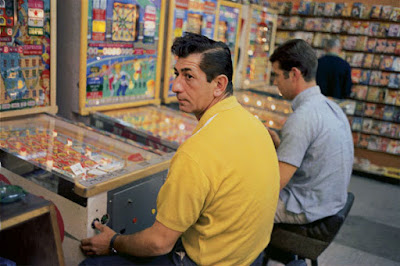 “I had this notion of what I called a democratic way of looking around, that nothing was more or less important.” 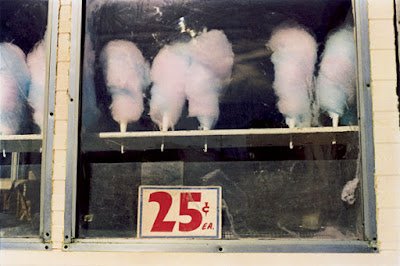 "Whatever it is about pictures, photographs, it’s just about impossible to follow up with words. They don’t have anything to do with each other.” 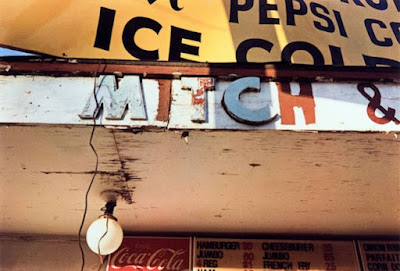 “I want to make a picture that could stand on its own, regardless of what it was a picture of. I’ve never been a bit interested in the fact that this was a picture of a blues musician or a street corner or something.”
-----
More quotes by Eggleston
The exhibition at the Metropolitan Museum will be on show through May 28.
Books
William Eggleston: The Democratic Forest: Selected Works

Published:
Here are some photos of prominent academic artists.

Books about Academic painting and painters:
The Art of the Salon: The Triumph of 19th-Century Painting

The Lure of Paris: Nineteenth-Century American Painters and Their French Teachers

Alexandre Cabanel: The Tradition of Beauty

Lawrence Alma-Tadema: At Home in Antiquity

Against the Modern: Dagnan-Bouveret and the Transformation of the Academic Tradition

Stop-motion animator PES shares how he created his short 'KaBoom!' (Link to video) 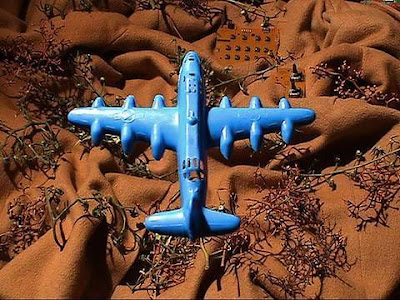 He explains how he associates one object with another, both visually and conceptually. Everyday objects and toys found around the house stand in for the elements of a sequence of aerial bombardment.


As with all PES productions, the final film relies on a rich soundtrack to extend the impact of the visual. (link to video)
-----
PES's website includes his 'haul videos,' where he scours the Long Beach Flea Market for used stuff and makes a taco out of a baseball glove.

In the children's picture book world, these visual puns have been perfected by Walter Wick in his Can You See What I See?

and I Spy Fantasy 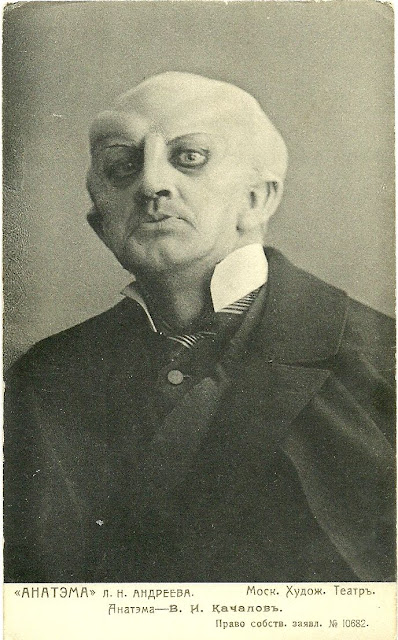 Actor Vasily Kachalov wore this startling makeup prosthetics as the lead character of the play "Anathema" in 1909.

The play was written by Leonid Andreyev, who we met in a recent post about early Russian color photographs compared to portraits by Repin.
-----
More info and photos about Kachalov at Flickr
Source: gurneyjourney.blogspot.com
4 Comments+ Sharelabels (1)Flag
AllPhotography

Repin portraits vs. color photos of the same model

Published:
Leonid Andreyev was a Russian writer who experimented with early color photography, taking selfies between 1910 and 1914.
These are true color photos using the Autochrome method, decades before Eastman Kodak's process.
Andreyev was also a friend of the great artist Ilya Repin, who painted several portraits of him. 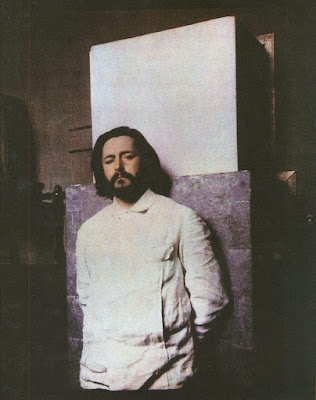 So we have the rare treat of being able to compare color photographs of one of Repin's models with some painted portraits.
They're not in the same poses, not taken at the same time, and Repin didn't use these photos as reference. 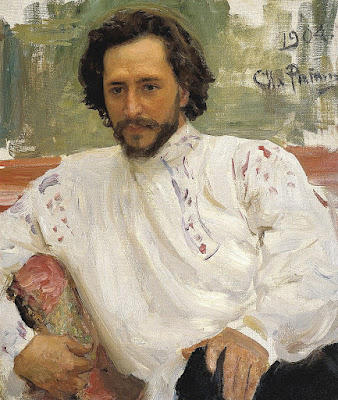 But it's remarkable to see how Repin stayed true to the essential character of the sitter, clarified the structure of his face, and presented him in an interesting way.
----
Book: Photographs by a Russian Writer Leonid Andreyev: An Undiscovered Portrait of Pre-Revolutionary Russia

Should you paint landscapes from photos?

Published:
Laurent Guétal (French, 1841-1892) used a combination of photographs and plein-air studies to push his landscapes to a higher level.
According to the Grenoble Museum, Guétal discovered a photograph of Lake Eychauda, ​​located in the French Alps. He went to the scene, at over 8200 feet in elevation, where he painted a plein-air study from the same point of view as the photo. Using the two sources of reference, he completed the painting in three weeks.
Other images by Guétal seem to be based on photos. Depending on your taste, the photographic influence either adds conviction and truth to the image or it makes it seem more mechanical. 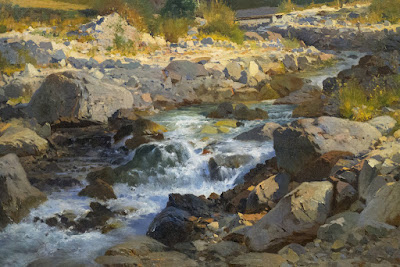 The plein air studies have all the verve and invention of anyone facing changing light with a paintbrush.
The water in the foreground of this painting seems to match up with landscape painting conventions of the day, but I'm guessing he used photography to help with the far mountains. 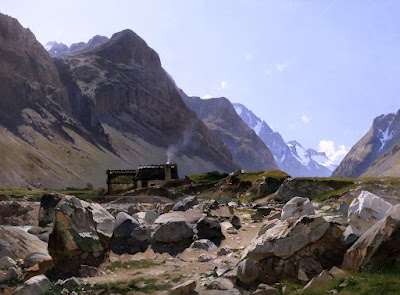 To answer the rhetorical question in this post's title, I would say that photography can be a helpful supplement to—but not a substitute for—direct painting from nature. As Ivan Shiskin said:
"... Let me give you one major piece of advice, that underlies all of my painting secrets and techniques, and that advice is — photography. It is a mediator between the artist and nature and one of the most strict mentors you'll ever have. And if you understand the intelligent way of using it, you'll learn much faster and improve your weak points. You'll learn how to paint clouds, water, trees — everything. You'll better understand atmospheric effects and linear perspective and so on...----
Read the full post about Shishkin and Photography
Other related posts: Zorn and Photography
Using Photo Reference
Arkansas River: Observation vs. Photo 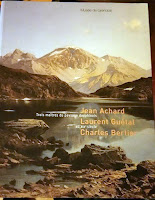 Published:
Photographer Philippe Halsman snapped his picture of Einstein just after the scientist had recalled his regrets about contributing to the development of the atomic bomb.

Halsman created hundreds of portrait photos for Life Magazine. Each one was a different challenge.

What he said about the portrait photos applies equally to painted ones:
"If the photograph of a human being does not show a deep psychological insight it is not a true portrait but an empty likeness. Therefore my main goal in portraiture is neither composition, nor play of light, nor showing the subject in front of a meaningful background, nor creation of a new visual image. All these elements can make an empty picture a visually interesting image, but in order to be a portrait the photograph must capture the essence of its subject."
"Herein lies the main objective of portraiture and also its main difficulty. The photographer probes for the innermost. The lens sees only the surface. Most people hide behind a socially attractive mask. Others lose their composure in front of a camera. Lighting and photographic equipment are less important for the portraitist than psychology and conversation. If he uses them effectively, sometimes in the short span of a sitting a miracle happens. A fragment of evanescent truth is captured and instant eternity (simply add hypo!) is born. The end result is another surface to be penetrated, this time by the sensitivity of the onlooker. For it is now up to him to decipher the elusive equation between the flat sheet of photographic paper and the depth of a human being."
-----
From the book: Halsman: Sight and Insight

Dalí and Halsman capture a moment

Published:
"I have an idea for a photograph," Philippe Halsman said to Salvador Dalí. "In it, you, the easel, and the subject you are painting...in short everything—is in suspension." 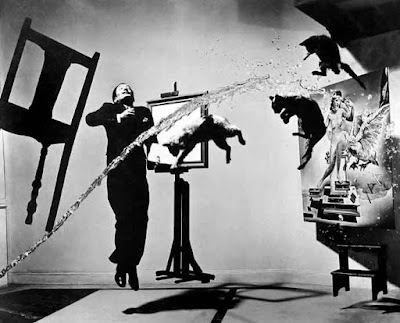 Using invisible wires, Halsman suspended a chair, an easel, and a print of Dalí's painting Leda Atomica. Three assistants stood ready to toss their cats in the air. A fourth assistant held a big bucket of water.
Halsman counted to four. At "three" the assistants threw the water and the cats in the air, and at "four," Dalí jumped. Flash bulbs froze the action. Halsman quickly developed the film and announced that the composition was not perfect.
They must try again. 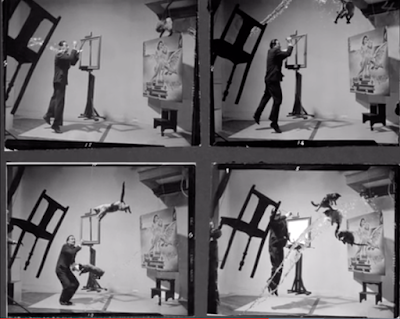 They kept trying for 26 attempts, each time wiping the water off the floor, catching the cats, and drying them off with towels in the bathroom.
But each time there was something wrong with the composition. This was 1948, long before the era of Photoshop. So, as Halman's daughter said, "Everything had to be done in one shot." 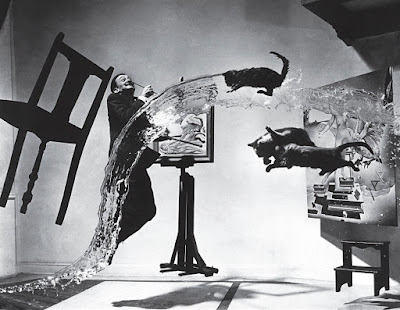 Five hours later, totally exhausted, Halsman declared they had a success, a photo he called Dalí Atomicus. The only thing added was the painting on the easel, which the artist painted on a small piece of paper that was pasted in.

The photo was published in Life and has made Time magazine's list of most influential photographs.

More
From the book: Halsman: Sight and Insight

Published:
On a recent post about Swedish artist Anders Zorn, blog reader Tyler J observed: "Beautiful work but there is a photographic quality about some of it. I couldn't find anything about his methods in the internets but I'm wondering if anyone knows what his workflow was like?"

Tyler, there are a few direct examples of paintings that have reference photos associated with them. Like most artists of his period, Zorn was fascinated by the visual effects of photography.

However, these examples date from early in his career, and the overwhelming impression I've gotten is that Zorn very rarely painted directly from photos, and went to great lengths to paint from living models on location.
Read More:
There's a fuller discussion of Zorn's use of photography at the blog of Leo Mancini-Hresko, and that's where I got these scans.
A Swedish book called "Fotografen Zorn" collects Zorn's photos. Here's a video flip-through of it.
Previously on GurneyJourney: Menzel and Photography, Shishkin and Photography, and my thoughts on Using Photo Reference
Source: gurneyjourney.blogspot.com
9 Comments+ Sharelabels (2)Flag
AllAcademic PaintersPhotography