Published:
Hi, this is going to be a very simple article, but you will find it very helpful. It is about Background Extraction from a Video.
Suppose you are given video of footage of traffic, may be some thing like this : Traffic in India, and you are asked to find an approximate background. Or anything like that.
Background extraction comes important in object tracking. If you already have an image of the bare background, then it is simple. But in many cases, you won't have such an image and so, you will have to create one. That is where Running Average comes in handy.
( I thought about this when one guy asked a question in SOF : Link)

The function we use here to find Running Average is cv2.accumulateWeighted(). For example, if we are watching a video, we keep feeding each frame to this function, and the function keep finding the averages of all frames fed to it as per the relation below :

src is nothing but our source image. It can be grayscale or color image and either 8-bit or 32-bit floating point.
dst is the output or accumulator image with same channels as that of source image, and it is either 32-bit or 64-bit floating point. Also, we should declare it first to a value which will be taken as initial value.
alpha is the weight of the input image. According to Docs, alpha regulates the update speed (how fast the accumulator “forgets” about earlier images). In simple words, if alpha is a higher value, average image tries to catch even very fast and short changes in the data. If it is lower value, average becomes sluggish and it won't consider fast changes in the input images. I will explain it a little bit with help of images at the end of article.
Code :

In above code, I have set two averages, one with higher alpha value and another with lower alpha value so you can understand effect of alpha. At first both are set to initial frame of the capture. And in loop they get updated.
You can see some results in the SOF link I already provided. (I provide those results here, you can check the code and alpha value there):
Result 1 :

I used my webcam and saved original frame and running average at a particular instant.

As you can see, in this frame, my hand blocks the views behind.

But Running Average image shows the background clearly. You can see my hands ( actually lots of hands, which you can interpret as , I was waving my hand) 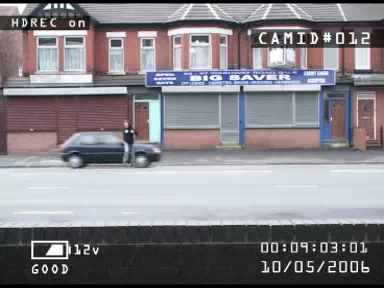 This is a frame from a typical traffic video taken by a stationary camera. As you can see, a car is going on the road, and the person is trying to cross the road at a particular instant of time. 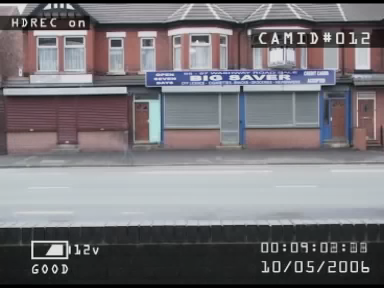 But see the running average at that time. There is no person and car in this image ( Actually it is there, have a close look, then you will see it, and the person is more clear than car, since car is moving very fast and across the image, it has not much effect on average, but person is there for a long time, since he is slow and moving across the road.)


Now we need to see the effect of alpha on these images.


I was just waving my hand across my face in front of camera. Original frame caught it without any mercy. Running Average with alpha 0.1 has caught it as a transparent hand, with main emphasis on background. As alpha again reduced, you can see no hand there in front of face. ie the effect, as alpha decreases, sudden changes shows no effect on running averages.

From the traffic video I have given in beginning of this article:

As alpha decreases, more vehicles are removed to create an approximate background. Unlike other examples, there is not a single instant in this video without vehicles and camera is shaky and moving, we still got a good background (although blurry)


Explanations are same as above. So reducing alpha creates a good background image. So choose the alpha value wisely.

So this is all about today.

As I mentioned, it is a simple article, but there is a good point to learn which we did with help of lot of images and simple code. Try it yourself and have some hacks to create something cool.