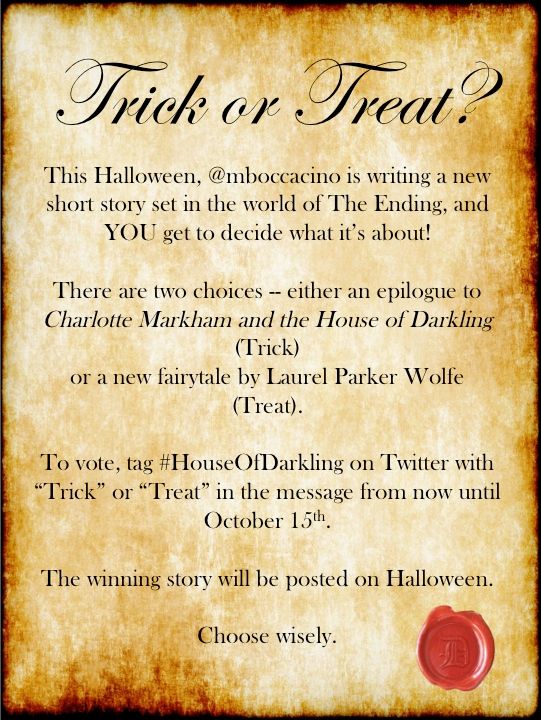 (Laurel Parker Wolfe is the author of book of fairy tales in Charlotte Markham and The House of Darkling.)

Charlotte Markham and the House of Darkling 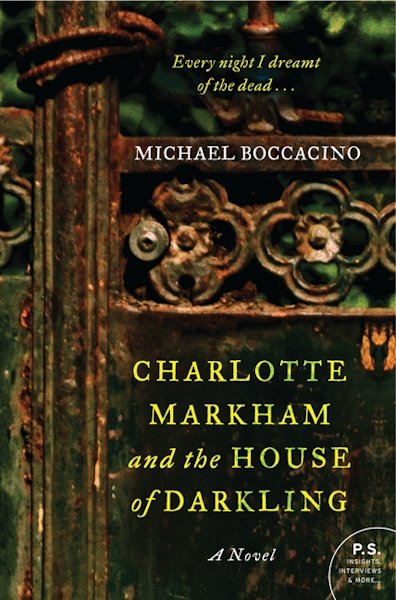 When the nanny to the young Darrow boys is found mysteriously murdered on the outskirts of the village of Blackfield, Charlotte Markham, the recently hired governess, steps in to take over their care. During an outing in the forest, they find themselves crossing over into The Ending, "the place for the Things Above Death," where Lily Darrow, the late mother of the children, has been waiting. She invites them into the House of Darkling, a wondrous place filled with enchantment, mystery, and strange creatures that appear to be, but are not quite, human.

However, everything comes with a price, and as Charlotte begins to understand the unspeakable bargain Mrs. Darrow has made for a second chance at motherhood, she uncovers a connection to the sinister occurrences in Blackfield and enters into a deadly game with the master of Darkling—one whose outcome will determine the fate of not just the Darrows but the world itself.

Charlotte Markham and the House of Darkling is a Victorian Gothic tale about family ties, the realm beyond the living, and the price you pay to save those you love.