Published:
Please welcome Chris F. Holm to The Qwillery. Chris is the author of the fabulous The Collector series. The final book in the series, The Big Reap, was published on July 20, 2013 (US/Canada) by Angry Robot.  The superb covers are by Amazing15. I highly recommend this series. 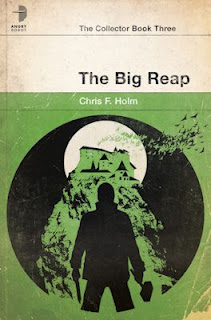 TQ:  Welcome back to The Qwillery. The final novel in your Collector series, The Big Reap, was recently published. I'm sad to see the series end. What was it like for you to have the last book published and is there any chance there may be more stories set in The Collector world?

Chris:  What was it like? In a word: terrifying. When you begin any writing project, its potential is limitless. As you write, you winnow it down into this specific, finite thing that has only a passing resemblance to the Platonic version of it that existed in your head at the outset. I knew going into this trilogy the story I wanted to tell, but that's a far cry from actually telling it well. THE BIG REAP takes some big swings. Fingers crossed it connects.

As to whether or not you've seen the last of Sam and company, that's hard to say. Collector novels are a blast to write, and I think there's plenty of story left to tell. But on the other hand, I'm not contracted for any more of them at present, and right now I'm working on something else entirely.

Chris:  Lilith was, for me, the biggest surprise. She began as a riff on the classic femme fatale, but wound up far richer and more nuanced than I ever could have anticipated. That also, incidentally, made her one of the hardest to write, because truth be told, she probably appears on fewer than 100 pages all series. That's not a lot of space in which to work.

I should also note here that my editor, being British, might have a different take on which character or characters were hardest for me to write. Suffice to say any characters from the UK sound far more authentic in my printed books than they did in my submission draft. (I believe he once invoked Dick Van Dyke in Mary Poppins when describing some of Danny's dialogue from book two. It stung.)

TQ:  What beyond "these are really good stories", if anything, would like readers to take away from reading The Collector series?

Chris:  Obviously, first and foremost, my books are meant to entertain, but for me this series was also a very personal rumination on love and loss, good and evil, faith and doubt. I'm not trying to convince anyone of anything so much as lay out my own thoughts, my own struggles. What's been cool is having other people connect with those struggles in a meaningful way. I think beliefs are deeply personal and should often stay that way -- but the questions that get each of us to where we end up are universal.

TQ:  Other than your Collector series, which UF/ParaNoir novels would you recommended to someone who wants to continue to read in this subgenre?

Chris:  Stephen Blackmoore's CITY OF THE LOST and DEAD THINGS are terrific examples of fantastical noir. And Charlie Huston's Joe Pitt series is excellent as well. (Yes, the latter is about vampires. But believe you me, they sure don't sparkle.)

TQ:  Are there any additional genres/ subgenres in which you'd like to write?

Chris:  Absolutely! I've always admired writers like King, Crichton, and Matheson, who are sort of genres unto themselves, and write any damn thing they please. In fact, I'm working with my agent now to polish up a mainstream thriller with supernatural overtones. And after that, we'll whip the crime novel I've been working on into shape. I've been kicking around an idea for a weird-ass sf/horror novel for a few weeks now. And somewhere on my hard drive, I've got notes for a YA trilogy. Lord knows how much of it I'll ever get to.

Chris:  Hard to say which of the above will see the light of day first, but I'm betting it's the supernatural thriller. It's about the murder of a teenaged girl in small-town Maine. And also whiskey. And also ghosts.

Chris:  Thanks so much for having me! It's always a kick. 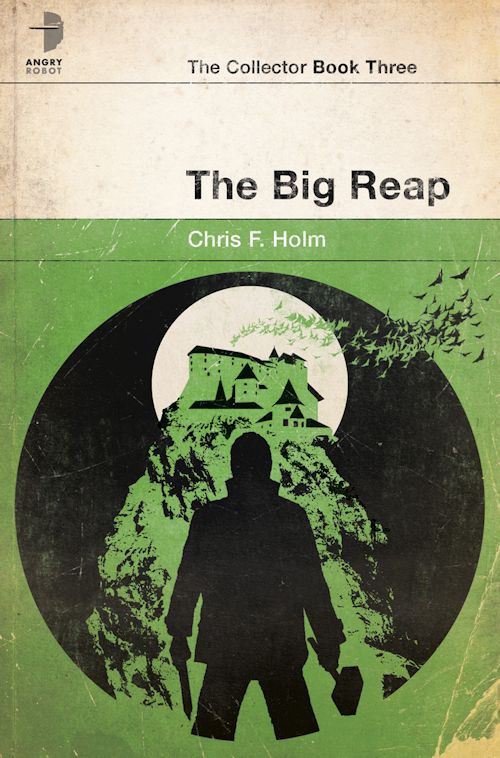 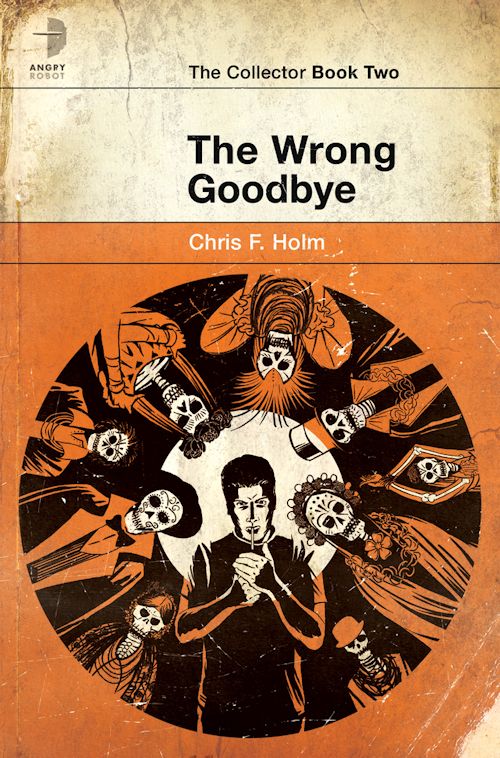 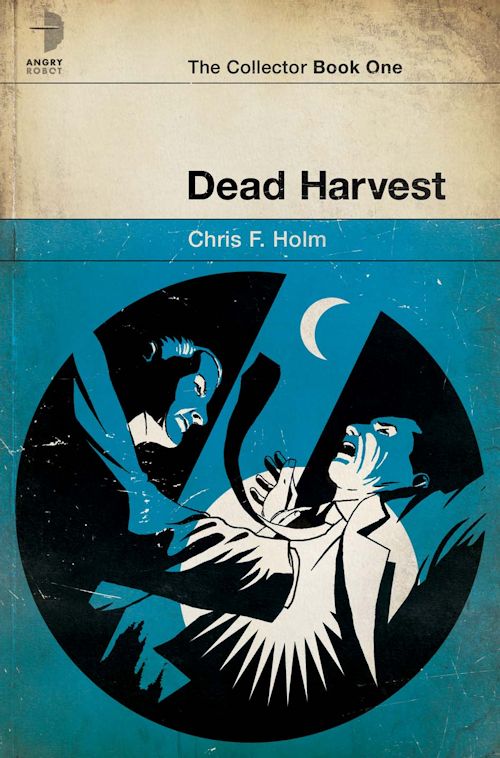 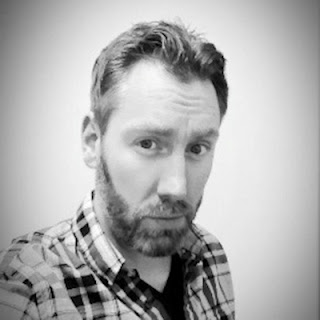 Chris F. Holm’s work has appeared in such publications as Ellery Queen’s Mystery Magazine, Alfred Hitchcock's Mystery Magazine, Needle: A Magazine of Noir, and THE BEST AMERICAN MYSTERY STORIES 2011. His Collector novels recast the battle between heaven and hell as Golden Era crime pulp. You can visit him on the web at www.chrisfholm.com.

2 Comments on The Qwillery: Interview with Chris F. Holm, author of The Collector series - August 22, 2013