Published:
Please welcome Kelly Meding to The Qwillery as part of the Authors After Dark Author Spotlight Interviews.

Kelly:  No single thing inspired me to become a writer. I think it was a combination of different things that came together in my mind, including support and positive feedback from a variety of teachers. I've been playing with stories since I was in junior high, but never with the intention of making it into a career. I even went to college with plans to work in film or television in some capacity, and it was during a Screenwriting class that I had a professional screenwriter say to me "You could do this for a living."

Obviously I didn't go on to become a screenwriter, but that was the push I needed to pursue writing more seriously. At the time, I was an avid fanfiction writer and email-based RPGer, with no strong desires to write original fiction. So I took an old screenplay I'd written and rewrote it as a novelâ€”and a new career path was born. A few years later I discovered this growing sub-genre called Urban Fantasy, and the Buffy fan in me just squealed with delight at having found something that appealed to all sides of my writer's mind. I've been at it ever since.

Kelly:  I think the most challenging thing about writing is keeping the momentum going, once that initial burst of "OMG, best idea ever!" has worn off and I'm getting into the nitty gritty of the novel. And doesn't really have anything to do with plotting or getting stuck on the story. It's keeping myself mentally motivated, and not allowing myself to fall into the trap of "wait, this is crap, I should stop before I embarrass myself." It's keeping confidence in my characters and my plot and moving forward, instead of allowing doubt to stop me from finishing.


TQ:  What writing achievement are you most proud of?

Kelly:  I'm proud of just making it this far! Of signing with a good agent, of having sold novels to two major houses, and of having a wonderful group of fans. But one of the things that really stands out was the first time a reader recognized me in publicâ€”at my day job! I work in retail, and the customer I was ringing up had read my books and recognized me from the picture on the back cover. It was funny and surreal and kind of awesome. I'm not a well-known author, even locally, so it was pretty cool to be recognized by a total stranger.


TQ:  What one thing should everyone know about your writing?

Kelly:  I am from the Joss Whedon school of "make them cry, then make them laugh." I don't shy away from difficult subjects or violence (because my characters live in dark, violent worlds). But I do try to counter the darkness with shots of humor and sarcasm, because no one wants to read a book that's too bleak and depressing (at least I don't). So if you're looking for fluffy bunnies and sparkles, don't read my books. Bunnies will only sparkle if they're about to explode.


TQ:  Please tell us about your latest and upcoming works.

Kelly:  The fourth book in my Dreg City series, Wrong Side of Dead, released January 31 from Bantam. It finds Evy and friends rebuilding their lives after the devastation of the previous book, as well as accepting help from some new allies. Book two in my MetaWars series, Changeling, releases June 26 from Pocket, and it continues the adventures of the last surviving group of superheroes in the world. Looking farther forward, two more books in the MetaWars series will release digitally in 2013, and I'll have an original universe story in an anthology due to release Summer 2013 (more details on that will be announced in the near future).

Kelly:  Thank you so much for inviting me! 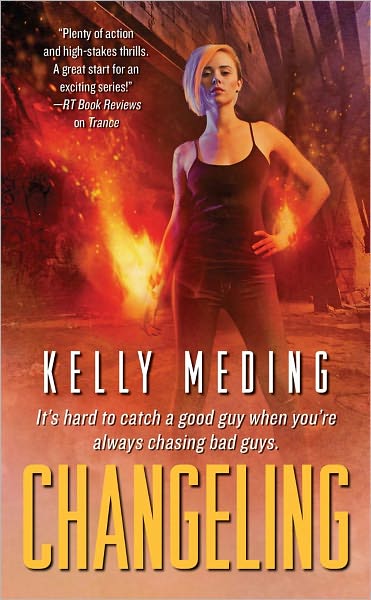 After barely escaping a madman’s attempt to annihilate all MetaHumans, Kelly Meding’s supernatural crime fighters have banded together to take back the streets of war-ravaged Los Angeles.

Dahlia “Ember” Perkins still feels like an outsider among her new Meta friends, despite everything she’s been through since coming into her miraculous ability to absorb heat and extinguish fires. But when the police need help investigating human skins discarded like slipcovers on the street, the Metas’ youngest team member quickly finds her place. Evidence points to a murderer the likes of which they have never encountered but who inexplicably seems to be gunning for Dahlia—and who may be neither human nor Meta. After a bullet meant for her nearly kills one of her teammates, Dahlia uncovers a connection to the crimes buried deep in her past. As the danger escalates and her personal life falls apart, Dahlia soon learns there’s no such thing as a “normal” relationship when you’re a superhero. . . . 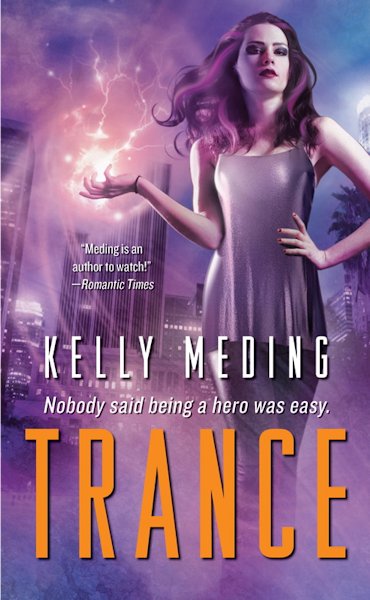 Fifteen years ago, Teresa “Trance” West was a skilled telepath and a proud member of the Ranger Corps. But ever since the Rangers were inexplicably rendered powerless at the climax of the devastating Meta War, she’s bounced from one dead-end job to another. Now her powers have reappeared just as mysteriously as they vanished— only they’re completely transformed and more potent than ever. And they’re threatening to destroy her.

Trance heads to Los Angeles to track down the surviving Rangers and discover who restored her powers—and why—but a phantom enemy is determined to kill them before they can reassemble. As they dodge his deadly attacks and come to terms with their new role as heroes, Trance and the rest of the team set out to annihilate the sinister madman . . . only to discover their own powers are his greatest weapons. 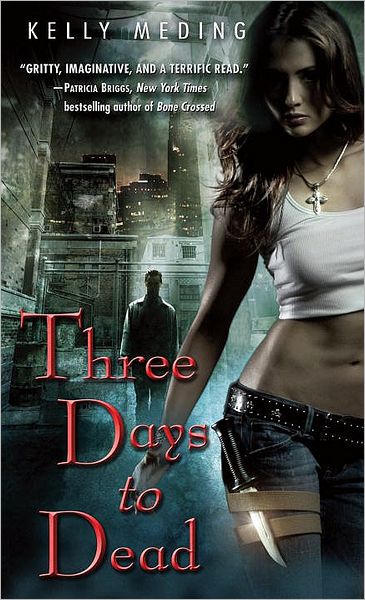 When Evangeline Stone wakes up naked and bruised on a cold slab at the morgue—in a stranger’s body, with no memory of who she is and how she got there—her troubles are only just beginning. Before that night she and the two other members of her Triad were the city’s star bounty hunters, mercilessly cleansing the city of the murderous creatures living in the shadows, from vampires to shape-shifters to trolls. Then something terrible happened that not only cost all three of them their lives but also convinced the city’s other Hunters that Evy was a traitor—and she can’t even remember what it was.

Now she’s a fugitive, piecing together her memory, trying to deal some serious justice—and discovering that she has only three days to solve her own murder before the reincarnation spell wears off. Because in three days Evy will die again—but this time there’s no second chance. . . . 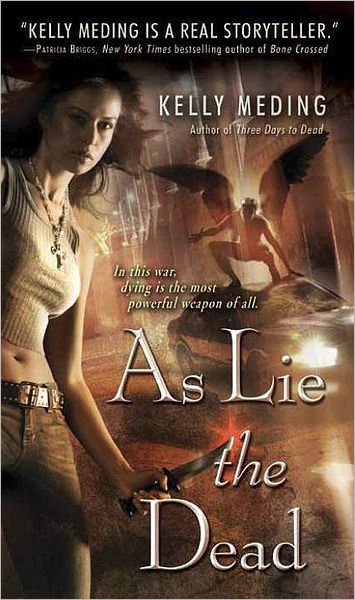 Evangeline Stone, a rogue bounty hunter, never asked for a world divided between darkness and light . . .

. . . or the power to die and live again in someone else’s borrowed body. After a murder plot meant to take her out leaves an entire race of shapeshifters nearly extinct, Evy is gnawed by guilt. So when one of the few survivors of the slaughter enlists her aid, she feels duty-bound to help—even though protecting a frail, pregnant shifter is the last thing Evy needs, especially with the world going to hell around her.

Amid weres, Halfies, gremlins, vamps—and increasingly outgunned humans—a war for supremacy is brewing. With shifters demanding justice, her superiors desperate to control her, and an assassin on her trail, Evy discovers a horrifying conspiracy. And she may be the only person in the world who can stop it—unless, of course, her own side gets her first. 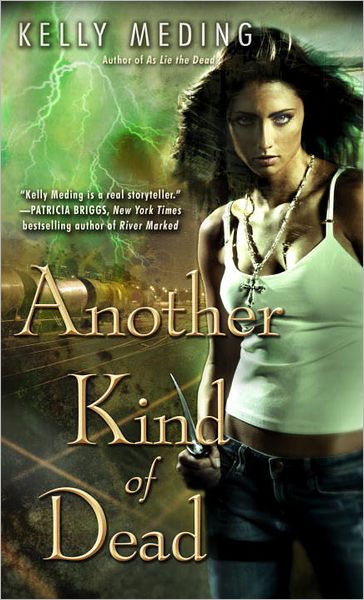 She can heal her own wounds. She can nail a monster to a wall. But there’s one danger Evangeline Stone never saw coming.

Been there. Done that. Evy Stone is a former Dreg Bounty Hunter who died and came back to life with some extraordinary powers. Now all but five people in the world think she is dead again, this time for good—immolated in a factory fire set specifically for her. Evy and Wyatt, her partner/lover/friend, can no longer trust their former allies, or even the highest echelons of the Triads—the army of fighters holding back from an unsuspecting public a tide of quarreling, otherworldly creatures—they can trust only each other. Because when the Triads raided a macabre, monster-filled lab of science experiments and hauled away the remnants, they failed to capture their creator: a brilliant, vampire-obsessed scientist with a wealth of powerful, anti-Dreg weaponry to trade for what he desires most of all—Evy Stone: alive and well, and the key to his ultimate experiment in mad science. 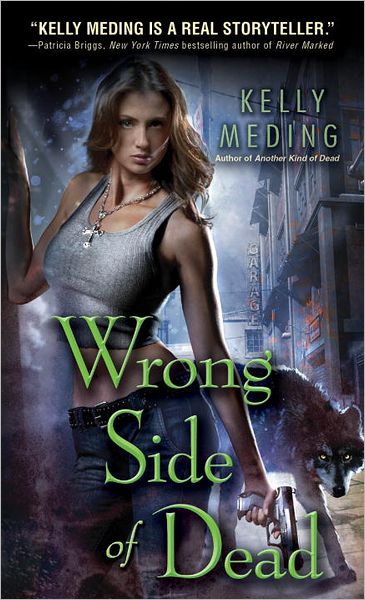 Monster hunter Evangeline Stone woke up on the wrong side of dead this morning—and now there’s hell to pay.

Barely recovered from her extended torture at the hands of mad scientist Walter Thackery, Evy can use a break. What she gets instead is a war, as the battered Triads that keep Dreg City safe find themselves under attack by half-Blood vampires who have somehow retained their reason, making them twice as lethal. Worse, the Halfies are joined by a breed of were-creature long believed extinct—back and more dangerous than ever. Meanwhile, Evy’s attempts at reconciliation with the man she loves take a hit after Wyatt is viciously assaulted—an attack traced to Thackery, who has not given up his quest to exterminate all vampires . . . even if he has to destroy Dreg City to do it. With Wyatt’s time running out, another threat emerges from the shadows and a staggering betrayal shatters the fragile alliance between the Triads, vampires, and shapeshifters, turning Evy’s world upside down forever. 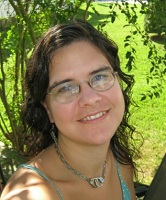 Born and raised in Southern Delaware, Kelly Meding survived five years in the hustle and bustle of Northern Virginia, only to retreat back to the peace and sanity of the Eastern Shore. An avid reader and film buff, she discovered Freddy Krueger at a very young age, and has since had a lifelong obsession with horror, science fiction, and fantasy, on which she blames her interest in vampires, psychic powers,superheroes, and all things paranormal.

Three Days to Dead is the first book in her Dreg City urban fantasy series that follows Evy Stone, a paranormal hunter who is resurrected into the body of a stranger and has only three days to solve her own murder and stop a war between the city's goblins and vampires. The next three books in the series, As Lie the Dead, Another Kind of Dead, and Wrong Side of Dead, are also available from Bantam.

Kelly's MetaWars series from Pocket Books tells the story of the grown-up children of the world's slaughtered superheroes who receive their superpowers back after a mysterious fifteen-year absence, and who now face not only a fearful public, but also a vengeful villain who wants all of them dead. Trance is available now with book two, Changeling, coming June 26, 2012. Books three and four will be available digitally in 2013.