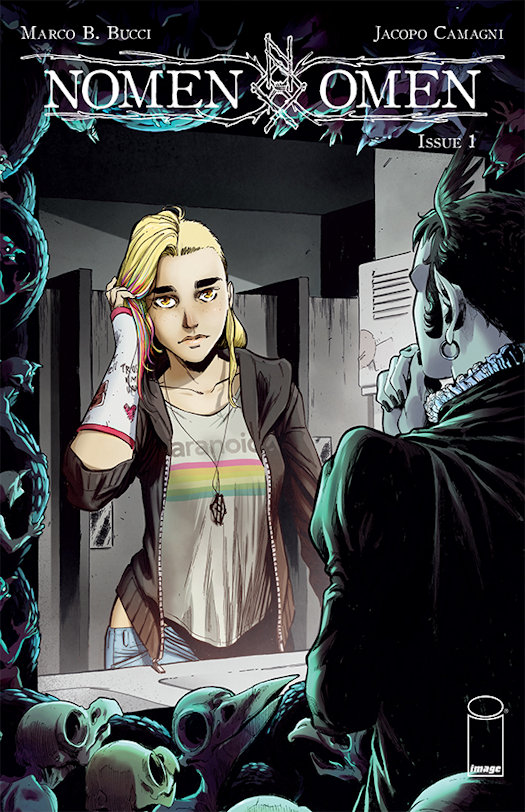 (X-Men Blue, Deadpool The Duck) introduce readers to—Nomen Omen—a tale filled with witchcraft and secrets that will rewire the rules of urban fantasy. The 15-issue maxiseries will launch from Image Comics this October and feature alternative covers by Olivier Coipel and Becky Cloonan.

In Nomen Omen, no matter how fast you run, sooner or later your past will catch up with you. Enter Becky Kumar, a geeky twenty-year-old from New York City who is about to cross the veil between our reality and a realm of otherworldly truths.

“This is not a comic-book, this is a ritual,” said Bucci. “It’s a story no one can protect you from. But don’t be scared: there’s power in names and by reading our book you’ll get a glimpse of how it works.”

Camagni added: “Witchcraft, loss, and inclusiveness: these are the three cornerstones of our story. Magic belongs to all of us, even to those who reject it.”

Nomen Omen #1 Cover A by Camagni, Cover B by Coipel, Cover C by Cloonan, and Cover D (blank) will hit stores on Wednesday, October 2.