What's Up for the Debut Author Challenge Authors, Part 19

What's Up for the Debut Author Challenge Authors, Part 19 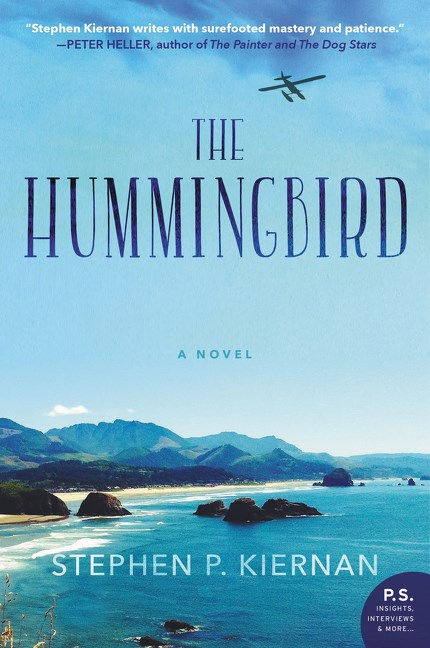 From the author of the acclaimed The Curiosity comes a compelling and moving story of compassion, courage, and redemption.

Deborah Birch is a seasoned hospice nurse whose daily work requires courage and compassion. But her skills and experience are tested in new and dramatic ways when her easygoing husband, Michael, returns from his third deployment to Iraq haunted by nightmares, anxiety, and rage. She is determined to help him heal, and to restore the tender, loving marriage they once had.

At the same time, Deborah’s primary patient is Barclay Reed, a retired history professor and expert in the Pacific Theater of World War II whose career ended in academic scandal. Alone in the world, the embittered professor is dying. As Barclay begrudgingly comes to trust Deborah, he tells her stories from that long-ago war, which help her find a way to help her husband battle his demons.

Told with piercing empathy and heartbreaking realism, The Hummingbird is a masterful story of loving commitment, service to country, and absolution through wisdom and forgiveness. 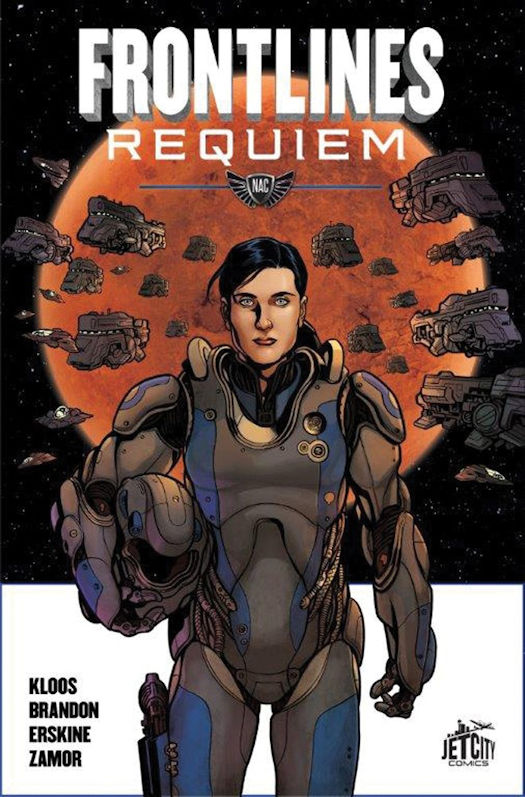 Colonel Soraya Yamin, commander of the battle-ravaged space control cruiser Phalanx, engages the Lankies, a merciless alien species, in an apocalyptic assault over Mars. The Lankies, who have outgunned, outmaneuvered, and outfought humanity at every turn, have been menacing Earth’s colonies. But now they’re suddenly in our solar system, decimating the NACS fleet and swarming toward Earth itself. Facing insurmountable odds, Soraya must make a fateful choice between her sworn duty and the loved ones she desperately wants to protect.

[cover image not yet available]

The time has come to take the fight to the Lankies.

Mars has been under Lanky control for more than a year. Since then, the depleted forces of Earth’s alliances have rebuilt their fleets, staffing old warships with freshly trained troops. Torn between the need to beat the Lankies to the punch and taking enough time to put together an effective fighting force, command has decided to strike now.

Once again, seasoned veterans Andrew and Halley find themselves in charge of green troops and at the sharp tip of the spear as the combined military might of Earth goes up against the Lankies. But if there’s one constant in war, it’s that no battle plan survives first contact with the enemy…and the Lankies want to hold on to Mars as badly as humanity wants to reclaim it. 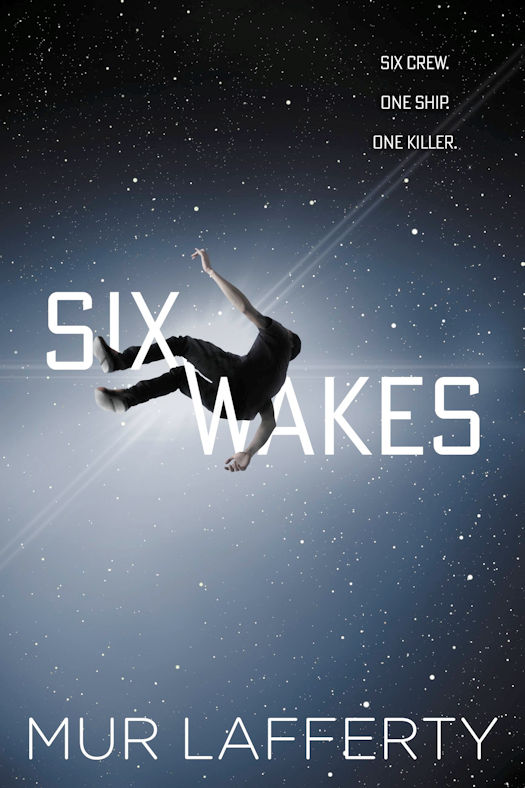 A space adventure set on a lone ship where the clones of a murdered crew must find their murderer -- before they kill again.

It was not common to awaken in a cloning vat streaked with drying blood.

At least, Maria Arena had never experienced it. She had no memory of how she died. That was also new; before, when she had awakened as a new clone, her first memory was of how she died.

Maria's vat was in the front of six vats, each one holding the clone of a crew member of the starship Dormire, each clone waiting for its previous incarnation to die so it could awaken. And Maria wasn't the only one to die recently... 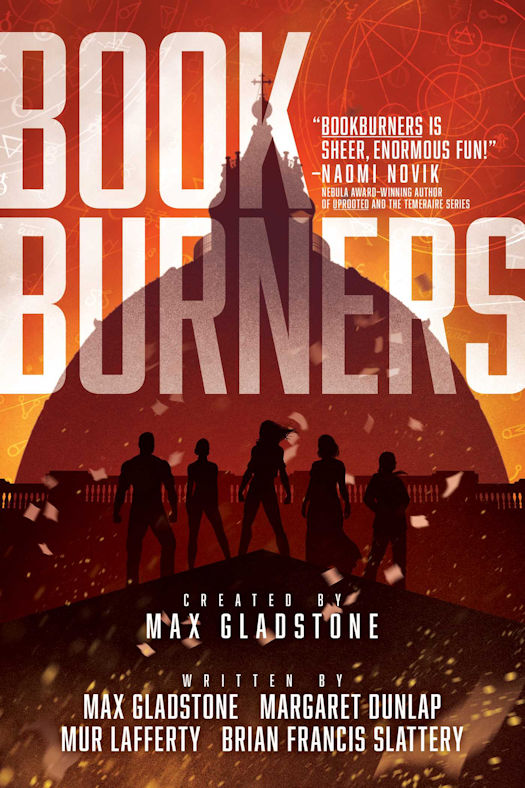 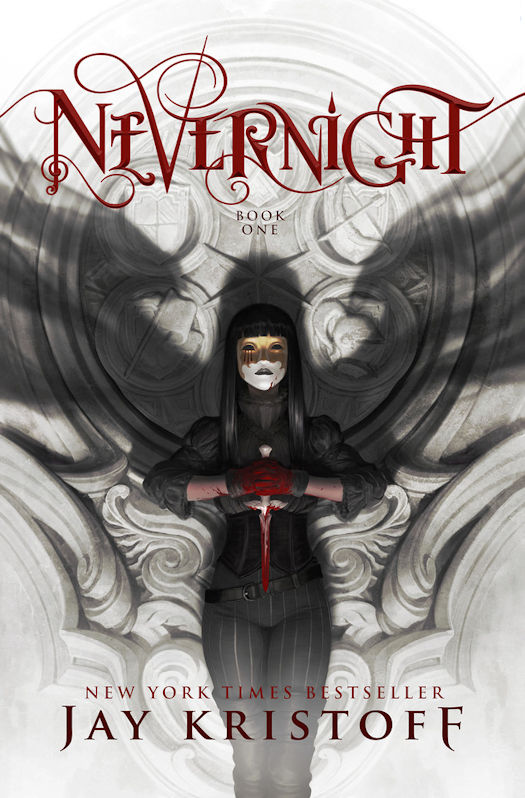 In a world where the suns almost never set, a woman gains entry to a school of infamous assassins, seeking vengeance against the powers that destroyed her family. Daughter of an executed traitor, Mia Corvere is barely able to escape her father's failed rebellion with her life. Alone and friendless, she wanders a city built from the bones of a dead god, hunted by the Senate and its thugs. But her gift for speaking with the shadows leads her to the hearth of a retired killer, and a future she never imagined.

Now, Mia is apprenticed to the deadliest flock of assassins in the entire Republic-the Red Church. Deadly trials await her within the Church's halls: blades and poisons, treachery and death. If she survives to initiation, she'll be inducted among the chosen of the Lady of Blessed Murder, and be one step closer to the only thing she desires. 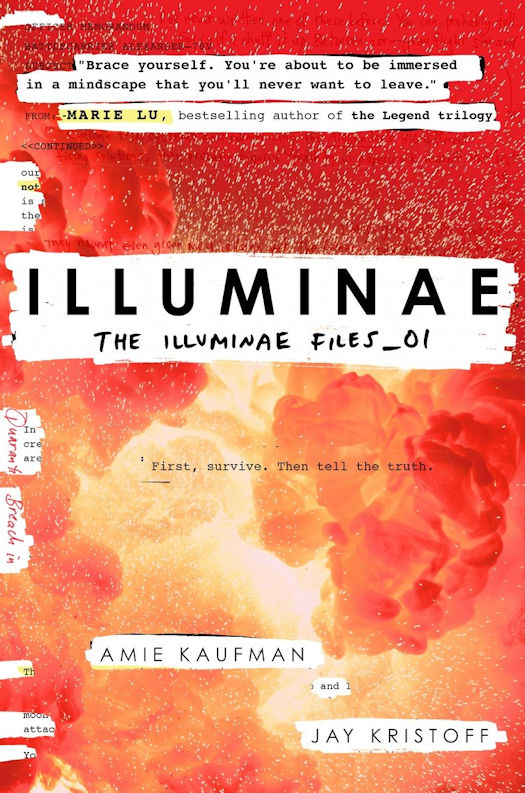 For fans of Marie Lu comes the first book in an epic series that bends the sci-fi genre into a new dimension.

This morning, Kady thought breaking up with Ezra was the hardest thing she’d have to do. This afternoon, her planet was invaded.

The year is 2575, and two rival megacorporations are at war over a planet that’s little more than a speck at the edge of the universe. Now with enemy fire raining down on them, Kady and Ezra—who are barely even talking to each other—are forced to evacuate with a hostile warship in hot pursuit.

But their problems are just getting started. A plague has broken out and is mutating with terrifying results; the fleet’s AI may actually be their enemy; and nobody in charge will say what’s really going on. As Kady hacks into a web of data to find the truth, it’s clear the only person who can help her is the ex-boyfriend she swore she’d never speak to again.

Told through a fascinating dossier of hacked documents—including emails, maps, files, IMs, medical reports, interviews, and more—Illuminae is the first book in a heart-stopping trilogy about lives interrupted, the price of truth, and the courage of everyday heroes. 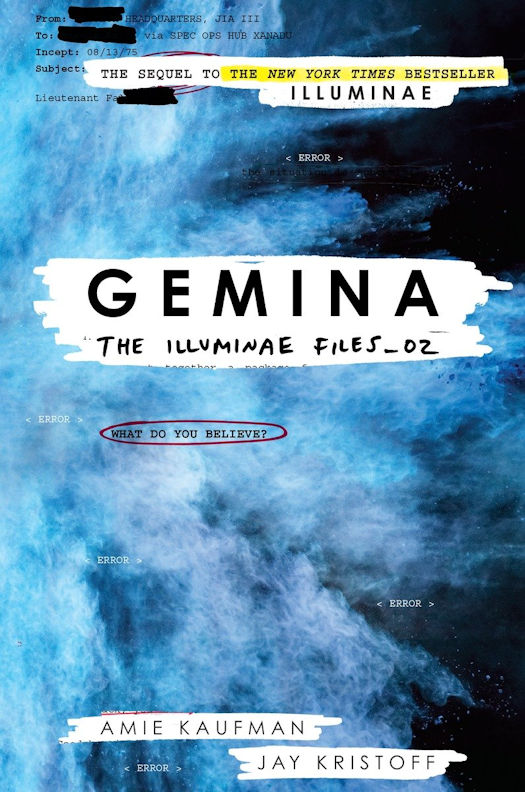 Moving to a space station at the edge of the galaxy was always going to be the death of Hanna’s social life. Nobody said it might actually get her killed.

The sci-fi saga that began with the breakout bestseller Illuminae continues on board the Jump Station Heimdall, where two new characters will confront the next wave of the BeiTech assault.

Hanna is the station captain’s pampered daughter; Nik the reluctant member of a notorious crime family. But while the pair are struggling with the realities of life aboard the galaxy’s most boring space station, little do they know that Kady Grant and the Hypatia are headed right toward Heimdall, carrying news of the Kerenza invasion.

When an elite BeiTech strike team invades the station, Hanna and Nik are thrown together to defend their home. But alien predators are picking off the station residents one by one, and a malfunction in the station’s wormhole means the space-time continuum might be ripped in two before dinner. Soon Hanna and Nik aren’t just fighting for their own survival; the fate of everyone on the Hypatia—and possibly the known universe—is in their hands.

But relax. They’ve totally got this. They hope.

Once again told through a compelling dossier of emails, IMs, classified files, transcripts, and schematics, Gemina raises the stakes of the Illuminae Files, hurling readers into an enthralling new story that will leave them breathless. 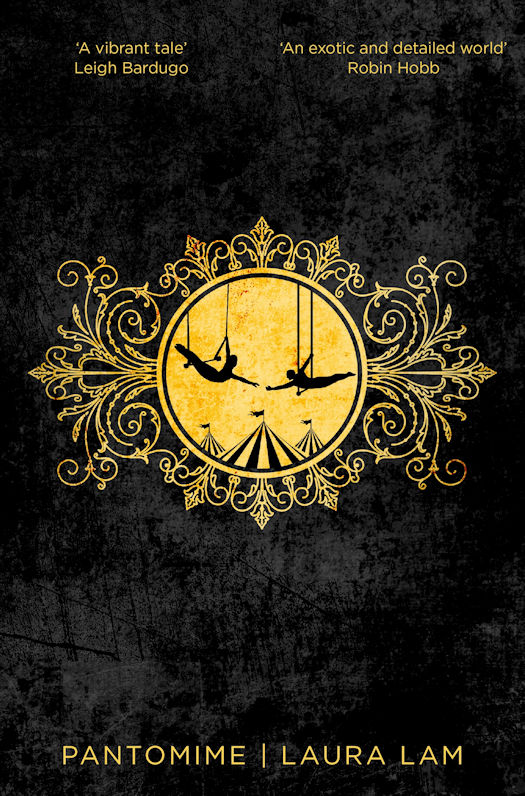 Gene's life resembles a debutante's dream. Yet she hides a secret that would see her shunned by the nobility. Gene is both male and female. She also displays unwanted magical abilities, last seen in mysterious beings from a long-ago age. Matters escalate when her parents plan a devastating betrayal, so she flees, dressed as a boy. The city beyond contains glowing glass relics from a lost civilization. They call to her, but she wants freedom, not mysteries. Reinvented as Micah Grey, Gene joins the circus as an aerialist. She discovers the joy of flight, but is plagued by visions of danger. 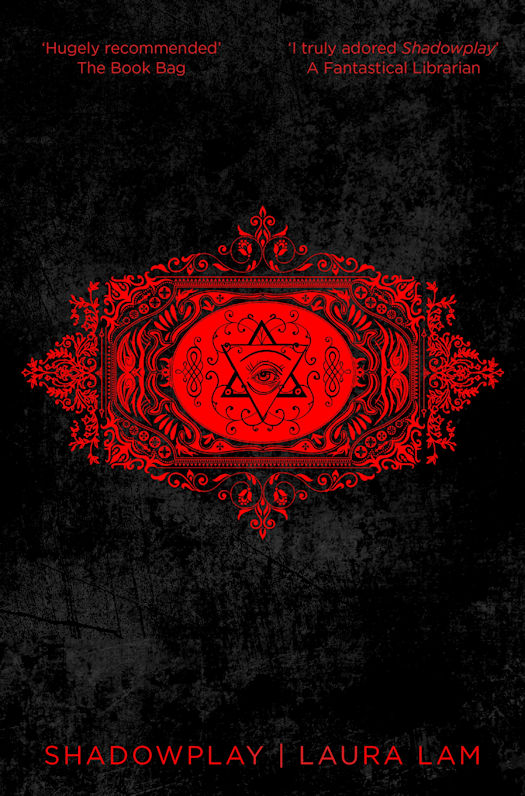 Micah Grey almost died when he fled the circus with Drystan—now he and the ex-clown seek to outrun disaster. Drystan persuades his old friend Jasper Maske, a once-renowned magician, to take them in. But when he agrees to teach them his trade, Maske is challenged to the ultimate high-stakes duel by his embittered arch-nemesis. Micah must perfect his skills of illusion, while navigating a tender new love. An investigator is also hunting the person he once seemed to be—a noble family's runaway daughter. As the duel draws near, Micah increasingly suffers from visions showing him real magic and future terrors. Events that broke the ancient world are being replayed. But can Micah's latent powers influence this deadly pattern? 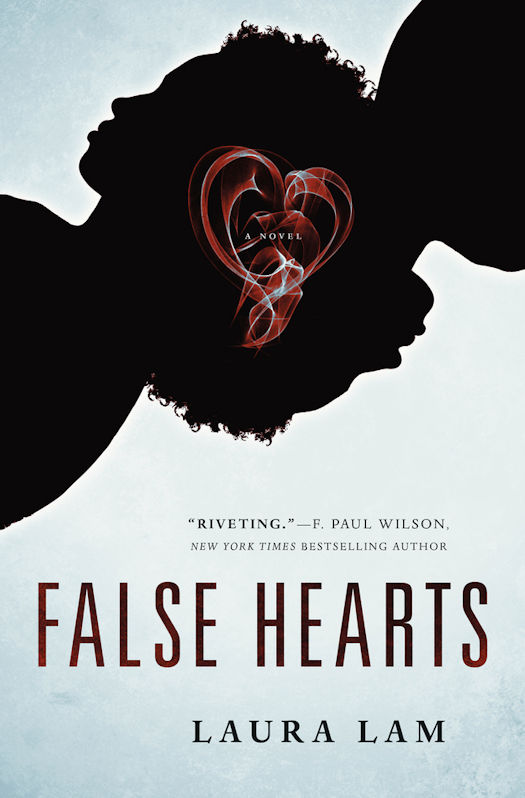 Raised in the closed cult of Mana's Hearth and denied access to modern technology, conjoined sisters Taema and Tila dream of a life beyond the walls of the compound. When the heart they share begins to fail, the twins escape to San Francisco, where they are surgically separated and given new artificial hearts. From then on they pursue lives beyond anything they could have previously imagined.

Ten years later, Tila returns one night to the twins' home in the city, terrified and covered in blood, just before the police arrive and arrest her for murder--the first homicide by a civilian in decades. Tila is suspected of involvement with the Ratel, a powerful crime syndicate that deals in the flow of Verve, a drug that allows violent minds to enact their darkest desires in a terrifying dreamscape. Taema is given a proposition: go undercover as her sister and perhaps save her twin's life. But during her investigation Taema discovers disturbing links between the twins' past and their present. Once unable to keep anything from each other, the sisters now discover the true cost of secrets.
[description from Hardcover]

Report "What's Up for the Debut Author Challenge Authors, Part 19"