Published:
What are the 2012 Debut Author Challenge Authors up to now and in 2013?  This is the third is a series of posts. 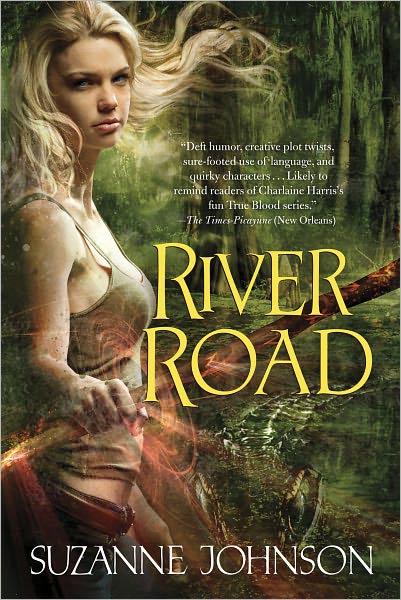 Hurricane Katrina is long gone, but the preternatural storm rages on in New Orleans. New species from the Beyond moved into Louisiana after the hurricane destroyed the borders between worlds, and it falls to wizard sentinel Drusilla Jaco and her partner, Alex Warin, to keep the preternaturals peaceful and the humans unaware. But a war is brewing between two clans of Cajun merpeople in Plaquemines Parish, and down in the swamp, DJ learns, there’s more stirring than angry mermen and the threat of a were-gator.

Wizards are dying, and something—or someone—from the Beyond is poisoning the waters of the mighty Mississippi, threatening the humans who live and work along the river. DJ and Alex must figure out what unearthly source is contaminating the water and who—or what—is killing the wizards. Is it a malcontented merman, the naughty nymph, or some other critter altogether? After all, DJ’s undead suitor, the pirate Jean Lafitte, knows his way around a body or two.

It’s anything but smooth sailing on the bayou as the Sentinels of New Orleans series continues. 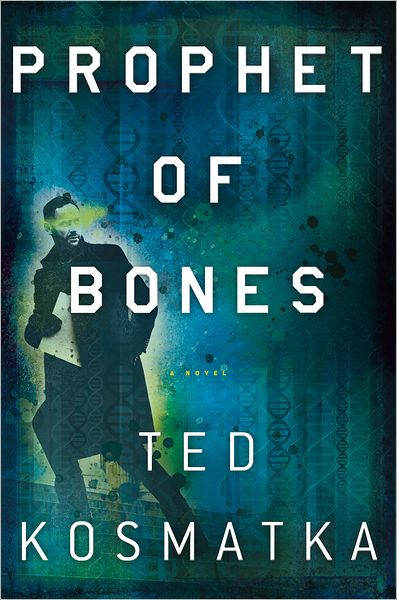 Paul Carlson, a brilliant young scientist, is summoned from his laboratory job to the remote Indonesian island of Flores to collect DNA samples from the ancient bones of a strange, new species of tool user unearthed by an archaeological dig. The questions the find raises seem to cast doubt on the very foundations of modern science, but before Paul can fully grapple with the implications of his find, the dig is violently shut down by paramilitaries.

Paul flees with two of his friends, but within days one has vanished and the other is murdered in an attack that costs Paul an eye, and very nearly his life. Apprehended by Indonesian authorities and deported back to America, Paul tries to resume the comfortable life he left behind, but he can't cast the questions raised by the skeletons on Flores from his mind. Searching for answers, Paul begins to piece together a puzzle which seems to threaten the very fabric of society, but the status quo, in the form of the world's governments and Martial Johnston, the eccentric billionaire who financed Paul's dig, will stop at nothing to silence him. 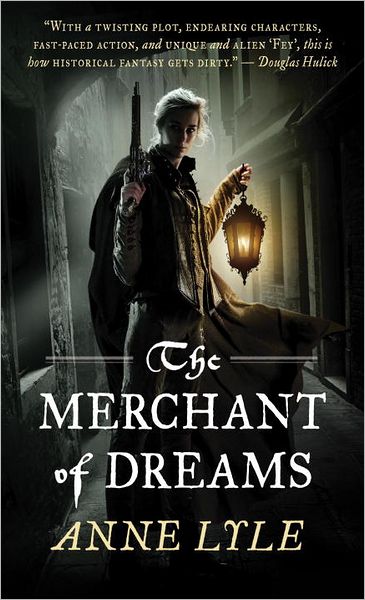 Exiled from the court of Queen Elizabeth for accusing a powerful nobleman of treason, swordsman-turned-spy Mal Catlyn has been living in France with his young valet Coby Hendricks for the past year.

But Mal harbours a darker secret: he and his twin brother share a soul that once belonged to a skrayling, one of the mystical creatures from the New World.

When Mal’s dream about a skrayling shipwreck in the Mediterranean proves reality, it sets him on a path to the beautiful, treacherous city of Venice – and a conflict of loyalties that will place him and his friends in greater danger than ever. 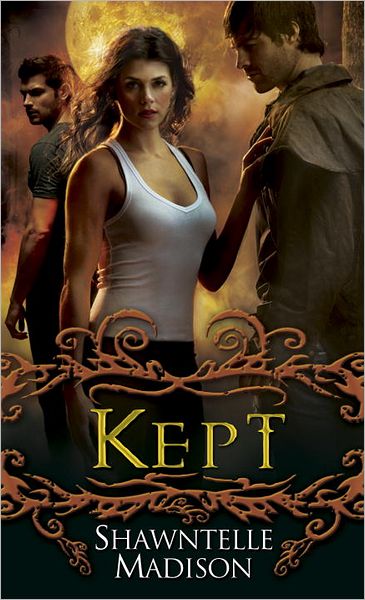 A funny and sexy new paranormal romance, perfect for fans of Charlaine Harris and Patricia Briggs, Kept features the charmingly quirky werewolf, Natalya Stravinsky, as she navigates the minefields of love and war in the Garden State.

Fresh from defending her pack in battle, Natalya Stravinsky, a whip-smart werewolf with a lovable neurotic streak, wants a little rest and relaxation. Once an outcast, she’s now eager to rejoin the ranks of her New Jersey pack, and has even gotten a handle on her obsessive urge to hoard holiday ornaments. Yet Nat barely has time to revel in her progress before the next crisis comes howling at her door.

Nat’s father has suddenly gone missing, captured by the Russian werewolf mafia. And as Nat steps up to save her dad from a mob boss’s deadly game, two men step in to play another round for her heart: her gorgeous alpha ex-boyfriend, Thorn, and her new flame, the sweetly sensitive wizard Nick. With her life growing more harried by the minute, Nat must stay cool, calm, and collected . . . or else risk losing everything. 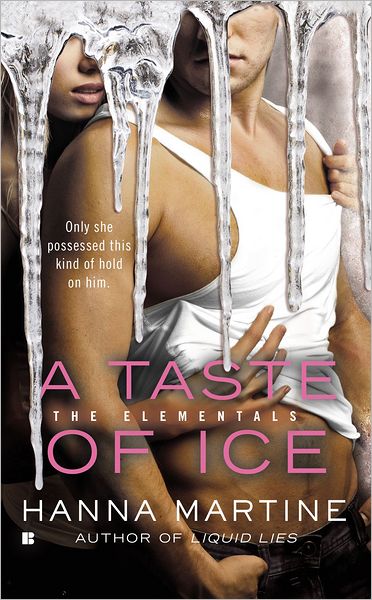 There is an untapped world of magic that any man would covet...

Five years ago, Xavier escaped from the Ofarian Plant. Today he calls a Colorado mountain town home. It’s there he buries himself in his work, swearing off magic and relationships—until a woman threatens every promise he’s made to himself.

Cat has always known she is different. Water speaks to her on an uncanny level, and she channels this gift into beautiful painted waterscapes. Now, a gallery is debuting her work in Colorado—and it’ll reveal far more about her than she imagined.

The spark between Cat and Xavier is enough to throw both of them off balance. Every tantalizing moment sends them dangerously close to a rising flood of desire. Dangerous because Xavier comes to suspect that Cat is an Ofarian—his people’s enemy. But they’re both about to discover a far greater, more malicious power at play... 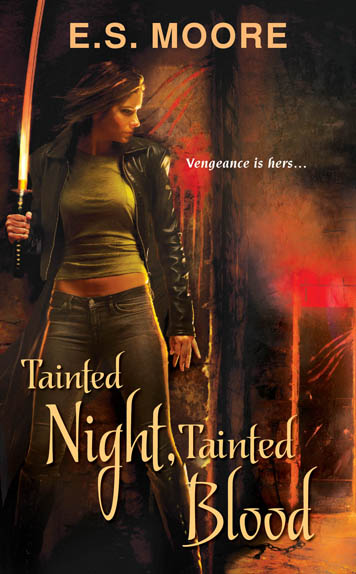 In the darkness, it’s easy to lose your way…

Kat Redding is a vampire with a job to do—wiping out the vamps and werewolves who prey on Pureblood humans. Someone has to do it…as long as that someone is her. But suddenly Kat, also known as Lady Death, has competition, and it’s causing problems. Vampire houses and werewolf clans alike are blaming her for a spate of gruesome murders, and Kat needs to figure out who’s really responsible before she becomes the next target…

On the hunt, she forms an uneasy alliance with both the Luna Cult and a powerful rogue werewolf. But the truths Kat’s uncovering—about her enemies and her few remaining confidantes—are far from comforting. And when the chance comes to leave her life of vengeance behind, Kat must decide whether her real motive lies in protecting the innocent, or sating her own fierce hungers… 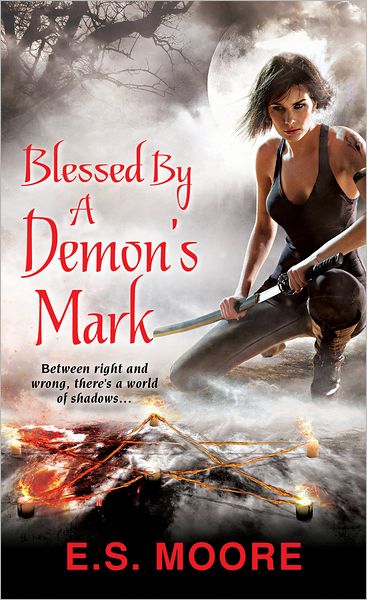 In a job like this, there’s no retirement plan

Kat Redding’s life is dangerous enough when she’s hunting the rogue vampires who prey on Pureblood humans. But now that Kat is thinking of getting out of the killing business, she’s faced with a slew of new problems. Like the demon Beligral, who offers help at an escalating cost, and the werewolf cult with whom she’s entwined professionally and personally. And then there’s Countess Baset—the terrifying vampire who wants Kat to become her personal assassin.

It’s no wonder that Kat has been seeking refuge in the mysterious town known as Delai, a place where she can shed her Lady Death persona and live a life that’s as close to normal as she’s ever known. But even in this haven, something feels askew. Delai is a little too serene. And the more she discovers, the more Kat realizes that the only choice left to her is not whether to do battle, but which side she’ll risk her life to defend…