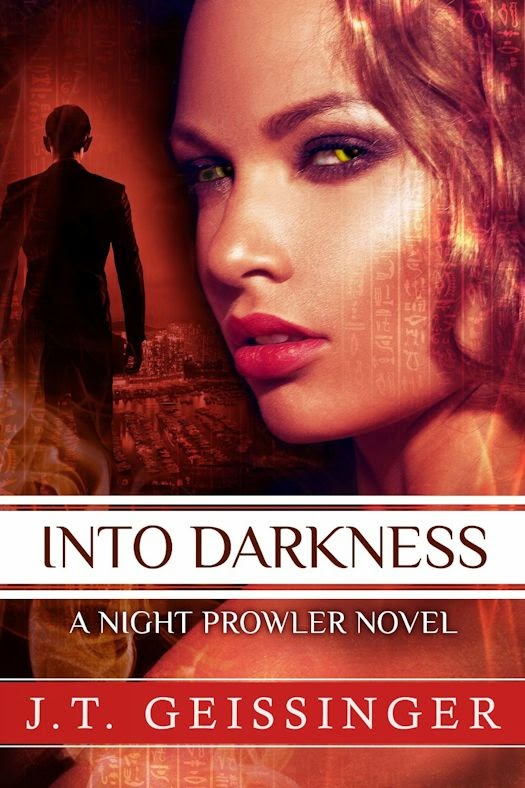 In New Vienna, capital of the oppressive global government formed after the Flash, three things are certain: the sun is poisonous, speaking out is dangerous, and being different will get you killed.

And Lumina Bohn is extraordinarily different. Living in terror of discovery, Lu knows nothing of her past—but she knows she must pretend to be human to survive. When an incident at work triggers her astonishing powers, she becomes the target of an international manhunt. Only one person can save her: Magnus, the enigmatic stranger haunting her dreams. Magnus rescues the outcasts called Aberrants from capture and torture.

As Lu begins exploring her powers among her people, her feelings for Magnus intensify. He’s determined to stay emotionally distant, yet their smoldering passion soon becomes impossible to resist. But when a shocking revelation threatens the lives of every remaining Aberrant, Lu and Magnus must risk everything, confronting their enemies in an explosive final stand to save their kind from the darkest fate of all: extinction.

I have been a big fan of this series and really pleased that I have been given the opportunity to receive e-Arcs of most of the Night Prowler series. Geissinger ends this fantastic series with Into Darkness. In this final instalment Geissinger sets the book twenty plus years in the future. Everything changed since the ending of Darkness Bound when jets fly over the Brazilian iKati community. The world is a very different place where the sky is red, society is oppressed and anyone different is killed. Lumina Bohn finds almost everything in her life has been a lie apart for her attraction to the hunky, yet disfigured Magnus. Lumina is more than what she seems or who she thinks she is. It isn't long before we discover that Lumina is really Hope, one of Elena and Leander's twins. She is fighting not just for her survival but also for Magnus, her sister Honor and the whole iKati race.

I think that Geissinger was both brave and innovative to set this final instalment in the future. It would have been quite easy for Geissinger to just continue in present day and focus on the romance but instead she decided to shake it up. Lumina's world is a terrible place where nearly everyone lives in fear and where the iKati have been almost driven to extinction by the evil Sebastian Thorne.  Lumina/Hope has to dig deep, with the help of Magnus and a few other iKati to re-discover who she really is and hopefully save her race. As strong and as brave as Hope was I still enjoyed the Elena chapters more, although these were few and far between. I felt that Geissinger was rather brutal to her long standing characters and I almost missed their perfection from the previous novels.

Geissinger does make heavy use of one plot device that I wasn't that keen on - immortality. I feel that immortality should only be used for special occasions, kind of like sexy underwear. I thought that immortality really made the evil madman, Caesar a formidable foe in the previous books. In the case of Into Darkness I would have preferred if it had been used a little less than it was.

Overall, Into Darkness was a solid conclusion to a urban fantasy series that I have enjoyed reading over the last few years. This wasn't my favourite  book of the series but it demonstrated that is Geissinger is happy to challenge her readers and doesn't play favourites with her characters. She builds the plot over each of the novels and really packs a punch in this finale. This is a great series for those who like a slow burn HEA.