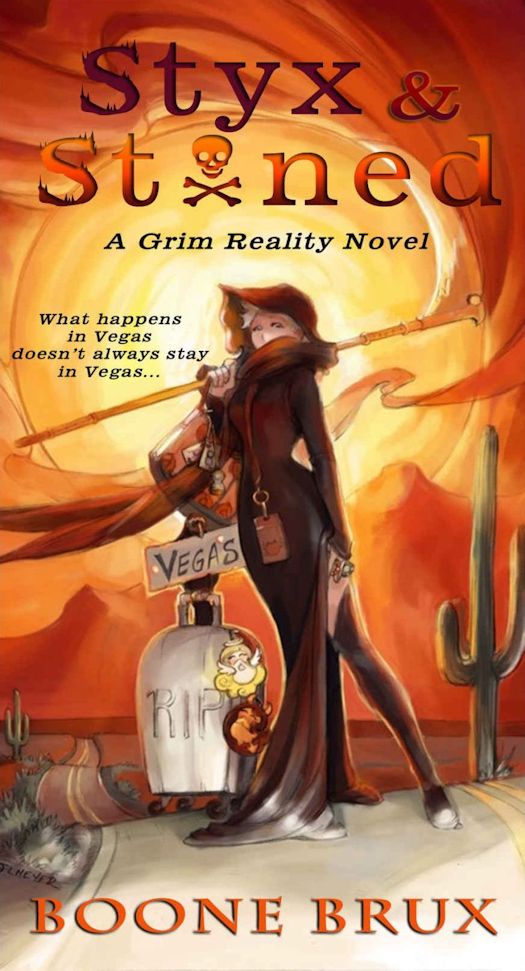 Normally, a trip like that would be a dream come true for a widowed, mother of three, who just happens to be grim reaper. Here’s the thing though, situations rarely work out as I imagine they should. And usually not in my favor.

This time isn’t any different. Instead of the endless free drinks and gambling I’d been hoping for, I get the opposite—demons, water zombies, and a bimbo ghost roommate, who gives new meaning to the phrase dead drunk.

But it’s not all bad. I’m making new friends, learning spectacular reaper skills, and saving souls. I just hope I don’t lose mine before I can get the Underworld all sorted out. 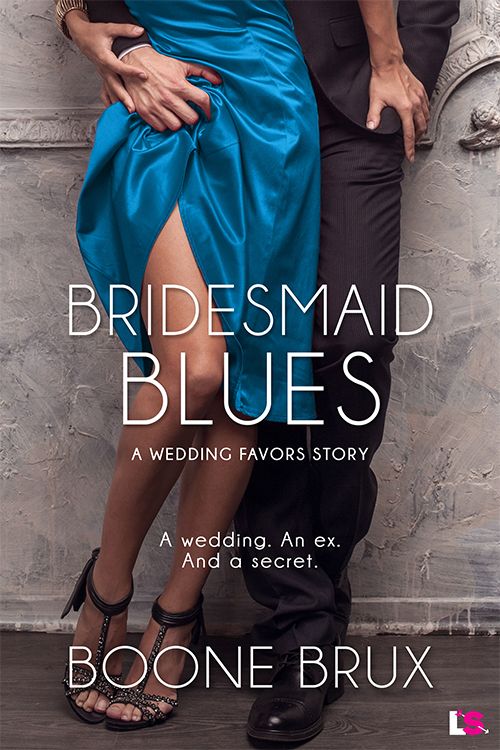 A wedding. An ex. And a secret.

Maid-of-Honor Dani Brown can handle anything that comes her way when it comes to her best friend's wedding. That is, until the bride asks for a huge favor-Dani needs to distract the best man, who happens to be Dani's ex. The ex she has fantasized dismembering for a year now. The ex she'll have to suck it up and play nice with if this wedding is to go off without a hitch.

Businessman Jamie Kingsland is back in Seattle for a wedding. There's just one problem - the maid of honor wants him dead. Except she doesn't. Even though he knows he broke her heart last year when things got too serious and he panicked and left, she's being way too nice about it now. And it scares him.

Something is up with his favorite bridesmaid, and he's determined to find out what... 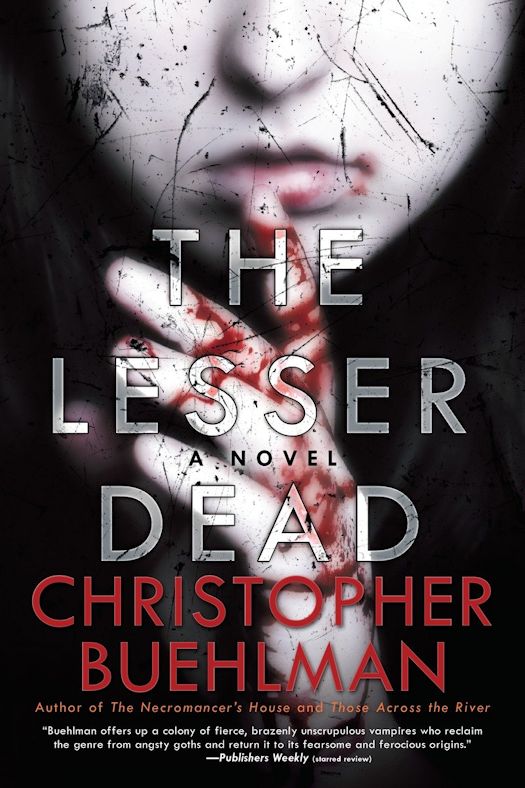 Christopher Buehlman’s Those Across the River delivered “an unsettling brew of growing menace spiked with flashes of genuine terror.”* Now, the World Fantasy Award-nominated author stakes a bloody claim on vampire mythology…

New York City in 1978 is a dirty, dangerous place to live. And die. Joey Peacock knows this as well as anybody—he has spent the last forty years as an adolescent vampire, perfecting the routine he now enjoys: womanizing in punk clubs and discotheques, feeding by night, and sleeping by day with others of his kind in the macabre labyrinth under the city’s sidewalks.

The subways are his playground and his highway, shuttling him throughout Manhattan to bleed the unsuspecting in the Sheep Meadow of Central Park or in the backseats of Checker cabs, or even those in their own apartments who are too hypnotized by sitcoms to notice him opening their windows. It’s almost too easy.

Until one night he sees them hunting on his beloved subway. The children with the merry eyes. Vampires, like him…or not like him. Whatever they are, whatever their appearance means, the undead in the tunnels of Manhattan are not as safe as they once were.

And neither are the rest of us.

[more information when it's available from the publisher] 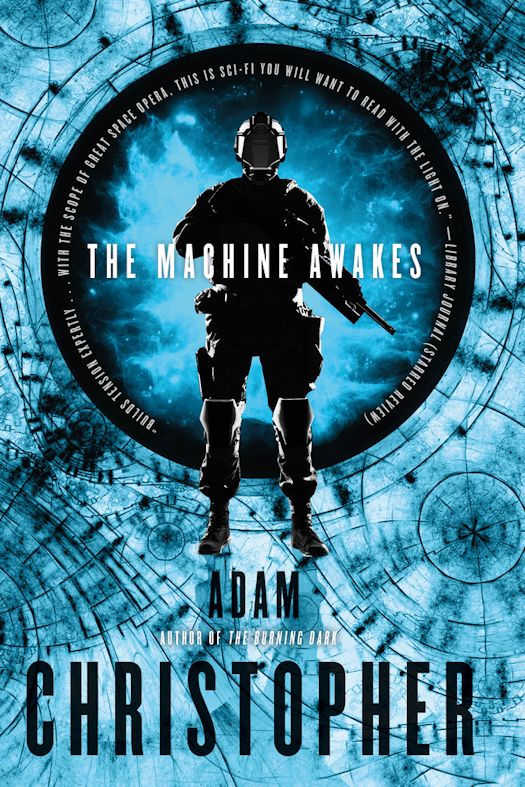 Adam Christopher's The Machine Awakes is a far future space opera set in the universe of Burning Dark. In the decades since the human race first made contact with the Spiders—a machine race capable of tearing planets apart—the two groups have fought over interstellar territory. But the war has not been going well for humankind, and with the failure of the Fleet Admiral's secret plan in the Shadow system, the commander is overthrown by a group of hardliners determined to get the war back on track.

When the deposed Fleet Admiral is assassinated, Special Agent Von Kodiak suspects the new guard is eliminating the old. But when the Admiral's replacement is likewise murdered, all bets are off as Kodiak discovers the prime suspect is one of the Fleet's own, a psi-marine and decorated hero—a hero killed in action, months ago, at the same time his twin sister vanished from the Fleet Academy, where she was training to join her brother on the front.

As Kodiak investigates, he uncovers a conspiracy that stretches from the slums of Salt City to the floating gas mines of Jupiter. There, deep in the roiling clouds of the planet, the Jovian Mining Corporation is hiding something, a secret that will tear the Fleet apart and that the Morning Star, a group of militarized pilgrims searching for their lost god, is determined to uncover.

But there is something else hiding in Jovian system. Something insidious and intelligent, machine-like and hungry.

The Spiders are near.
[description from Hardcover] 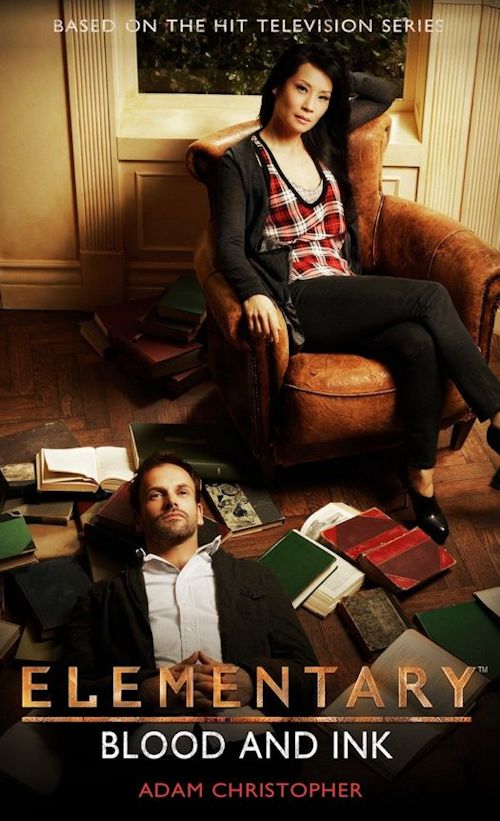 A brand-new novel tie-in to the popular Elementary TV series.

The CFO of a secretive NYC hedge fund is found murdered—stabbed through the eye with an expensive fountain pen. Sherlock Holmes and Joan Watson discover a link between the victim and a charismatic touring management guru with a doubtful past. But is the solution so clear-cut or is the guru being framed?

As secrets are revealed and another victim is found murdered in the same grisly fashion, Holmes and Watson begin to uncover a murky world of money and deceit…

[cover to be revealed]

Over the centuries, in our nation's times of need, a supernatural force appears to battle back the enemies of the United States: THE SHIELD.

Today, the country--the whole world--is on the edge of chaos. The middle class is dying as the rich get richer and the poor get poorer. Global warming's effects on the environment are drastic and dramatic, with superstorms and deadly droughts a common occurrence. The government increases its grip on the lives of ordinary people, controlling information and curtailing freedoms and privacy. For some, the government itself has become an enemy of the people, and revolution is on the minds of Americans all across the country.

The Shield returns--but what happens when she's not sure who the enemy is?

A modern action and conspiracy thriller by bestselling novelists Adam Christopher and Chuck Wendig featuring the dynamic artwork of David Williams, THE SHIELD: DAUGHTER OF THE REVOLUTION gives readers a topical, relevant and jarring new take on the classic hero.

THE SHIELD, VOL. 1: DAUGHTER OF THE REVOLUTION collects the first story arc of the ongoing THE SHIELD comic book series. 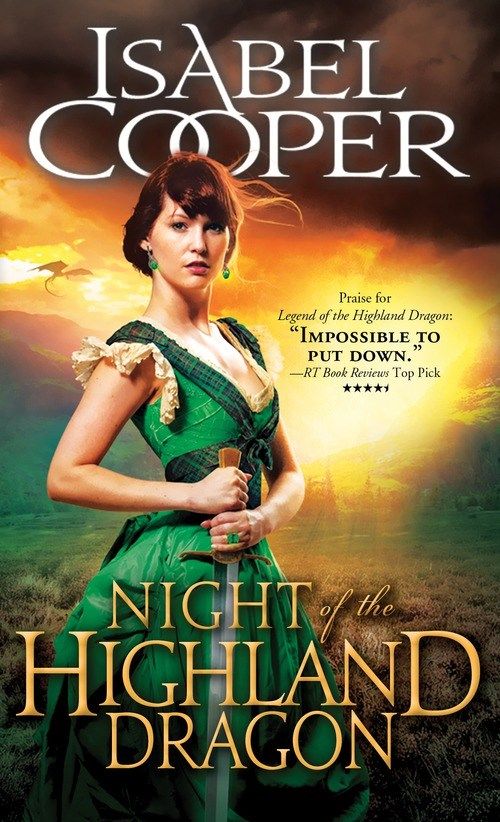 “They say,” said the girl, “that people disappear up there. And I heard that the lady doesna’ ever grow any older.”
“The lady?” William asked.
“Lady MacAlasdair. She lives in the castle, and she’s been there years, but she stays young and beautiful forever.”

In the Scottish Highlands, legend is as powerful as the sword—and nowhere is that more true than in the remote village of Loch Aranoch. Its mysterious ruler, Judith MacAlasdair, is fiercely protective of her land—and her secrets. If anyone were to find out what she really was, she and her entire clan would be hunted down as monsters.

William Arundell is on the trail of a killer. Special agent for an arcane branch of the English government, his latest assignment has led him to a remote Highland castle and the undeniably magnetic lady who rules there. Yet as lies begin to unravel and a dark threat gathers, William finds himself drawn deeper and deeper into the mystery of the Highlands…and the woman he can neither trust nor deny.
He prays she isn’t the murderer; he never dreamed she was a dragon. 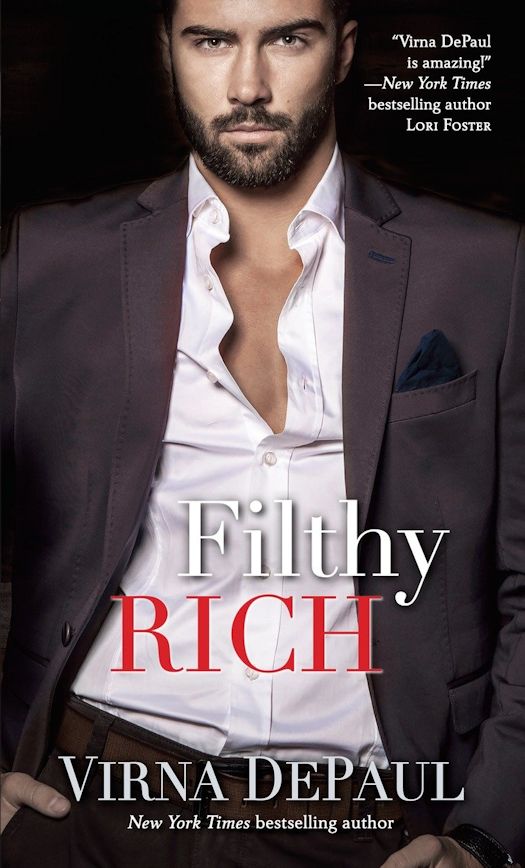 Cara Michal has had to fight every step of the way to earn her place in the glittering seven-figure world of Wall Street. Years ago her hardworking father, a small-time investment adviser, was wrongfully accused of fraud. Now Cara is at the top of her game, supporting not only herself but her mother and brother. The occasional night out dancing soothes Cara’s soul, even as a bitter need for revenge against the man who destroyed her father makes inner peace elusive.

Then, in a moment of heat, Cara kisses a sexy stranger at a party—only later to discover that the man is Branden Duke, her new boss, an infamous operator with a wicked reputation in bed and on the Street. Branden is a man who seemingly has it all—except a woman who connects with him on a physical and emotional level. Now that he’s found Cara, he’s not sure he can let her go, even if he should.

In spite of herself, Cara is drawn to this charismatic guy. He is a challenge like none she has ever faced in her life. Their passion for each other is unquenchable, surprising them both with its ferocity. Even as Cara wonders if she can trust this man with her heart and soul, the ecstasy of their love cannot be denied. But when the past threatens the present, the two are faced with a truth from which they may never recover.