Interview with Zen Cho, author of Sorcerer to the Crown

Interview with Zen Cho, author of Sorcerer to the Crown

Published:
Please welcome Zen Cho to The Qwillery as part of the 2015 Debut Author Challenge Interviews. Sorcerer to the Crown was published on September 1st by Ace. 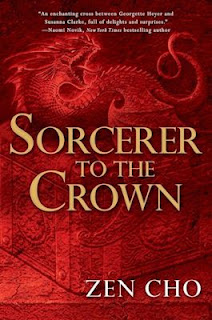 The Qwillery (TQ):  Welcome to The Qwillery. When and why did you start writing?

Zen Cho (ZC):  Thanks! I started when I was six, but I didn't figure out how to finish stories till I was 16. I started writing for publication when I was 24, so it's taken a while.

I started writing because books made me. So I wanted to make books of my own.

ZC:  Plotter. Especially for longer works, I outline in detail: it means that when I get home from my day job in the evening, I don't have to think about what happens next. I can just look at my outline and bash it out.

The two most challenging things are time – there never seems to be enough, and because writing is the hardest thing I have to do on a regular basis (though it's also the most rewarding), it can end up going to the bottom of the to-do list if I don't force myself to move it up. And I also have a lot of self-doubt, which I'm sure all writers have. A small amount is healthy but too much can stop you from doing the work.

TQ:  You edited Cyberpunk: Malaysia, which was published in 2015. How has your editing experience affected or not your own writing?

ZC:  It was a very interesting experience! I'd known in theory that (good) editors only want to help you improve your work, and they don't critique to hurt your feelings or because they think you're an idiot. But doing editorial work myself made me really get that. I hope it'll make me better at dealing with the editorial process as a writer.

I'm more sensitive about the stories I've edited than my own work, even. I can't read negative reviews of Cyberpunk: Malaysia because I get so defensive on behalf of the writers.

ZC:  I'm very much influenced by the authors I read as a child and teenager, so Terry Pratchett, Diana Wynne Jones, Georgette Heyer, Patrick O'Brian and Jane Austen. When it comes to more recent authors, I love the work of Susanna Clarke, Naomi Novik, Geoff Ryman and Karen Lord. I've jokingly said that as a writer I'd like to be a combination of Pankaj Mishra and Edith Nesbit.

TQ:  Describe Sorcerer to the Crown in 140 characters or less.

TQ:  Tell us something about Sorcerer to the Crown that is not found in the book description.

ZC:  The blurb has a lot about English magic, but the book's really interested not in England, but Britain – the United Kingdom – and its connections with the wider world. There are a couple of appearances of magicians from the sorts of countries that don't usually appear in Regency novels!

TQ:  What inspired you to write Sorcerer to the Crown? What appealed to you about writing Historical Fantasy?

ZC:  I really love Regency romances and like genre crossovers, so a Regency fantasy is my idea of a good time. I'd written two novels before Sorcerer to the Crown and had to chuck them and I was ready for a good time!

My interest in historical fantasy specifically comes from all the period fiction I read as a kid, by 19th century British writers. To a child in 20th century Malaysia Jane Austen's world might as well have been a fantasy world. I really enjoy playing with the different social norms in historical settings, and the language is such a delight. The fantasy element is because I just really like dragons. I go to fiction for things that couldn't happen in real life.

TQ:  What sort of research did you do for Sorcerer to the Crown?

ZC:  I read a lot of nonfiction about Georgian Britain, including the history of black people in Britain. I also read about India, China and Southeast Asia in that period. With fiction I was reading a lot of Georgette Heyer novels and the more obscure books written during the period – Maria Edgeworth, Mrs Inchbald, Pierce Egan's Real Life in London.

ZC:  Prunella Gentleman was both the easiest and the hardest! She's the ambitious runaway orphan and female magical prodigy who vexes the protagonist, Zacharias Wythe. She writes herself because, to me, she has such a strong voice – I know exactly who she is. But in the course of revisions with my agent and editor it became evident that she wasn't really coming across to others as I'd imagined her, so I had to do a lot of work to get my understanding of her down onto the page.

TQ:  Which question about Sorcerer to the Crown do you wish someone would ask? Ask it and answer it!

Q: What does the name of Malayan witch Mak Genggang mean?

A: It means "Mother Gingham" and I stole it from Sejarah Melayu (The Malay Annals, a historical/legendary work about the Melaka Sultanate).

TQ:  Give us one or two of your favorite non-spoilery lines from Sorcerer to the Crown.

ZC:  "The women of Janda Baik are not mild. Blood, and not milk, flows in our veins."

ZC:  I'm working on Book 2 of the Sorcerer Royal trilogy. I've never worked on a second book before and it's both nervewracking and exciting.

ZC:  Thank you for having me! 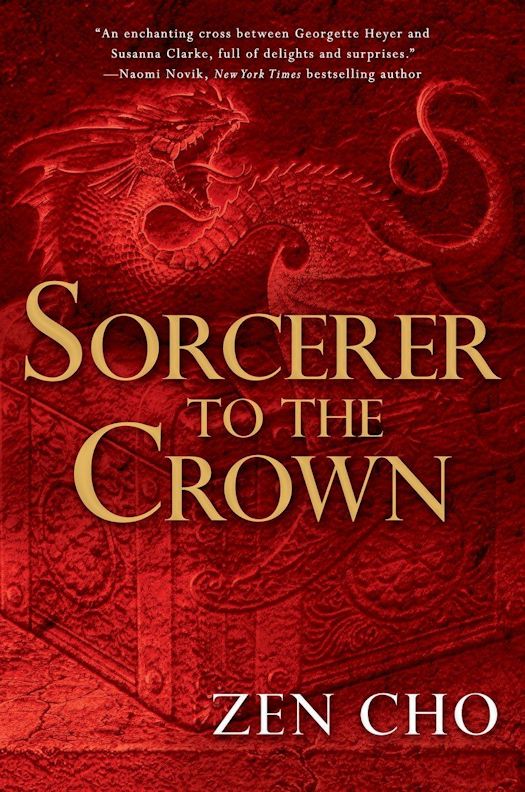 In this sparkling debut, magic and mayhem clash with the British elite…

The Royal Society of Unnatural Philosophers, one of the most respected organizations throughout all of England, has long been tasked with maintaining magic within His Majesty’s lands. But lately, the once proper institute has fallen into disgrace, naming an altogether unsuitable gentleman—a freed slave who doesn’t even have a familiar—as their Sorcerer Royal, and allowing England’s once profuse stores of magic to slowly bleed dry. At least they haven’t stooped so low as to allow women to practice what is obviously a man’s profession…

At his wit’s end, Zacharias Wythe, Sorcerer Royal of the Unnatural Philosophers and eminently proficient magician, ventures to the border of Fairyland to discover why England’s magical stocks are drying up. But when his adventure brings him in contact with a most unusual comrade, a woman with immense power and an unfathomable gift, he sets on a path which will alter the nature of sorcery in all of Britain—and the world at large…

Zen Cho was born and raised in Malaysia. She has lived in three different countries and speaks around two and a half languages. She began publishing short stories in 2010 and has since been nominated for the Selangor Young Talent Awards, the Pushcart Prize and the Campbell Award for Best New Writer, and honour-listed for the Carl Brandon Society Awards. Her short story collection Spirits Abroad, published by Malaysian indie press Buku Fixi in 2014, was a joint winner of the Crawford Fantasy Award, along with Stephanie Feldman’s novel The Angel of Losses. She occasionally writes romance as well as speculative fiction, and has self-published a historical romance novella set in the 1920s, The Perilous Life of Jade Yeo.

Her debut novel, Sorcerer to the Crown, is a historical fantasy set in Regency London, published in September 2015. It follows the adventures of Britain’s first African Sorcerer Royal, Zacharias Wythe, whose many problems are compounded when he meets runaway orphan Prunella Gentleman — a female magical prodigy, of all things. Sorcerer to the Crown is the first in a trilogy published by Ace/Roc Books (US) and Pan Macmillan (UK and Commonwealth).

Cho has a BA from Cambridge University. She lives in London with her partner and practises law in her copious free time. The two things she loves most in the world are books and food, but she also enjoys travel, shoes and lively conversations.

Report "Interview with Zen Cho, author of Sorcerer to the Crown"