Published:
The Witch Who Came in from The Cold is launching on January 27th from Serial Box Publishing and is written by Lindsay Smith, Max Gladstone, Cassandra Rose Clarke, Ian Tregillis, and Michael Swanwick! 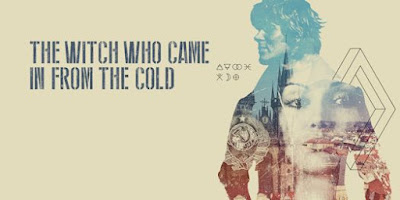 Lindsay:  I can’t think of a time I didn’t write! I think my first efforts were rubber stamp set-illustrated retellings of Raiders of the Lost Ark. I didn’t get serious about my writing until I entered the working world, however, and decided it was time to either make a go of it or forever consign writing to “hobby” status. Fortunately, it worked out!

TQ:  Are you a plotter, a pantser or a hybrid? What is the most challenging thing for you about writing?

Lindsay:  I’m a reformed (well, reforming) pantser who is now a plotter. I credit this serial project with helping convert me, actually. I love letting a story meander and grow itself organically, but it makes revising hell for me. I’d much rather get it right the first(ish) time, so outlining it is. Outlining also as the benefit of allowing me to draft much faster than I ever did before. It’s like it relieves my brain of the mental load of trying to remember where I’m going next, so I’m free to work quickly and more creatively on a sentence level.

TQ:  You are part of a quintet of authors writing the serial novel The Witch Who Came in From the Cold, which you developed with Max Gladstone. What is it like working collaboratively on the serial?

Lindsay:  It’s been a fantastic experience! There have been wonderful moments in the brainstorming process where we’ve all independently come to the same conclusion about a plot point without ever really communicating it, but also instances where one member of the team came up with something fantastic that none of the rest of us could have ever dreamed up.

TQ:  Tell us about The Witch Who Came in From the Cold?

Lindsay:  Witch has a little bit of everything—espionage, betrayal, magic, politics, romance, and some really fantastic villains who are near and dear to my heart. It’s set in 1970 in newly-Sovietized Czechoslovakia, and Prague has become something of a no-man’s land for the Cold War struggle between East and West. We have CIA and KGB operatives running agents in the city, serving various political schemes.

That’s the surface layer. But beneath the spy games and shifting loyalties is a whole other matrix of magic users, some of which belong to the staid, orderly Consortium of Ice, and others who are Acolytes of Flame, who want to watch the world burn and for a new order to rise from its ashes. So you could have members of the Ice who are on opposite sides of the Iron Curtain trying to work together to stop the Flame.

TQ:  What sort of research have you done for the serial?

Lindsay:  I read a lot about the Prague Spring, in which Czech students fought against Soviet occupation, and the subsequent quelling of those revolts. I gazed longingly at lots and lots of vintage photographs of Prague. I’ve already done extensive research on 1960s Russia for my previous books, Sekret and Skandal, but I reread a few favorites from the era, both fiction and non-fiction, to get back into the Russian voice.

TQ:  Give us one or two favorite non-spoilery quotes from The Witch Who Came in From the Cold.

Lindsay:  “Sometimes, fear was a necessity. Fear got people to comply.”

Lindsay:  Well, we have another season of Witch to get working on pretty soon! Outside of Serial Box, I have a short story in the forthcoming US history-based anthology A Tyranny of Petticoats: 15 Stories of Belles, Bank Robbers, and Other Bad-ass Girls, which goes on sale in March. My next novel from Macmillan Children’s, A Darkly Beating Heart, will be out in October, and it’s a YA angry bisexual Japanese timeslip revenge story.

Lindsay:  Thanks so much for having me!


The Witch Who Came in from the Cold

From the creators of some of today’s most ingenuitive fiction comes this online serial in 13 weekly episodes. Lead Writer Lindsay Smith (Sekret and Skandal) brings her experience writing on foreign affairs in DC to bear at the head of the writers’ room comprised of Ian Tregillis (the Milkweed Triptych), Cassandra Rose Clarke (Our Lady of the Ice), Max Gladstone (Bookburners and the Craft Sequence), and Michael Swanwick (Stations of the Tide).

While the world watches the bitter rivalry between East and West fester along the Iron Curtain, the Consortium of Ice and the Acolytes of Flame continue waging their ancient war of magic. Kept to the shadows, this secret contest crosses the lines of politics and the borders of nations with impunity – the intrigues of spies may know clear sides but the battles of witches spill out over all. Tanya Morozova is a KGB officer and the latest in a long line of Ice witches and sorcerers; Gabe Pritchard is a CIA officer and reluctant Ice recruit. Enemies at one turn, suspicious allies at the next, their relationship is as explosive as the Cold War itself. 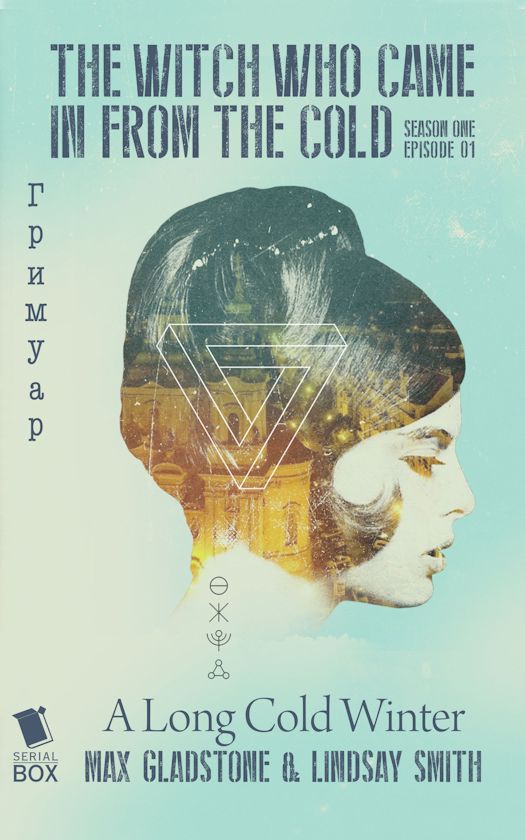 Episode 1: “A Long Cold Winter”
When a young Czech student is stalked by an inhuman hunter, KGB agent and Ice operative Tanya Morozova must risk all to protect her, while CIA agent Gabe Pritchard learns that some horrors, once seen, can never be forgotten.

Note:  Check out the Cyrillic along the left side of the cover. It's a clue and there will be more clues on the upcoming covers - all by Mark Weaver.

Episode 2: “A Voice on the Radio”
Tanya and Nadia continue their pursuit of a young Host – drawing the attention of Flame and CIA agents. Gabe tries unsuccessfully to ignore the stirrings of magic around him.


Episode 3: “Double Blind”
A high-stakes cat-and-mouse game unfolds across the frozen streets of Prague as Tanya and Nadia employ spycraft and witchcraft alike to elude Flame agents - but Gabe is also on their tail. 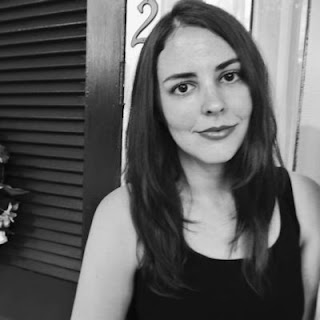 Lindsay Smith is the author of the YA historical thrillers Sekret and Skandal, YA fantasy Dreamstrider, and the lead writer for the forthcoming serialized story The Witch Who Came In from the Cold. She lives in Washington, DC with her husband and dog, and writes on issues in international cybersecurity.