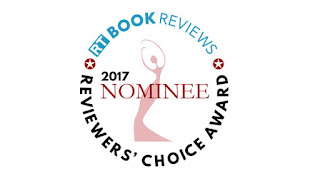 RT Book Reviews has announced their 2017 Reviewers’ Choice Award nominees. Nominees are announced in many categories including Science Fiction/Fantasy/Paranormal. You can view all of the categories here. Winners will be announced at the 2018 RT Booklovers Convention in Reno, NV.