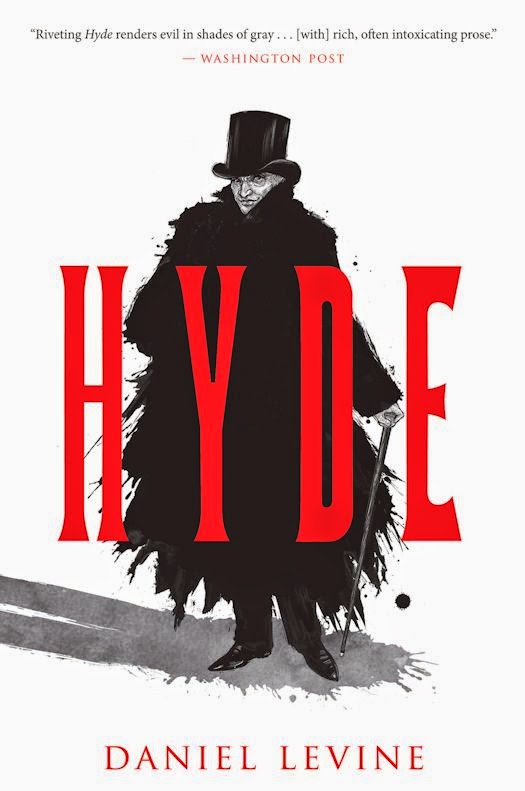 “[A] knockout debut novel . . . As dark and twisted and alluring as the night-cloaked streets of nineteenth-century London, and this book is as much a fascinating psychological query as it is a gripping narrative.” —Benjamin Percy, author of Red Moon

Summoned to life by strange potions, Hyde knows not when or how long he will have control of “the body.” When dormant, he watches Dr. Jekyll from a remove, conscious of this other, high-class life but without influence. As the experiment continues, their mutual existence is threatened, not only by the uncertainties of untested science, but also by a mysterious stalker. Hyde is being taunted—possibly framed. Girls have gone missing; someone has been killed. Who stands watching in the shadows? In the blur of this shared consciousness, can Hyde ever be confident these crimes were not committed by his hand? 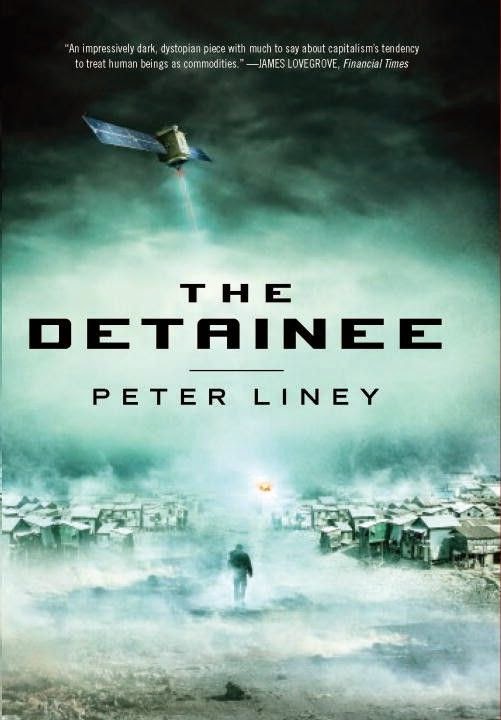 
Peter Liney honed his strong narrative skills and attention to detail during his long career as a writer of German, Australian, British, and South African television and radio programs. In his debut novel, The Detainee, Liney has crated a dystopian world in which the state has gone bust and can no longer support its weakest members.

The Island is a place of hopelessness. The Island is death. And it is to this place that all the elderly and infirm are shipped, the scapegoats for the collapse of society. There's no escape, not from the punishment satellites that deliver instant judgment for any crime--including escape attempts--and not from the demons that come on foggy nights, when the satellites are all but blind. But when one of the Island's inhabitants, the aging "Big Guy" Clancy, finds a network of tunnels beneath the waste, there is suddenly hope--for love, for escape, and for the chance to fight back. 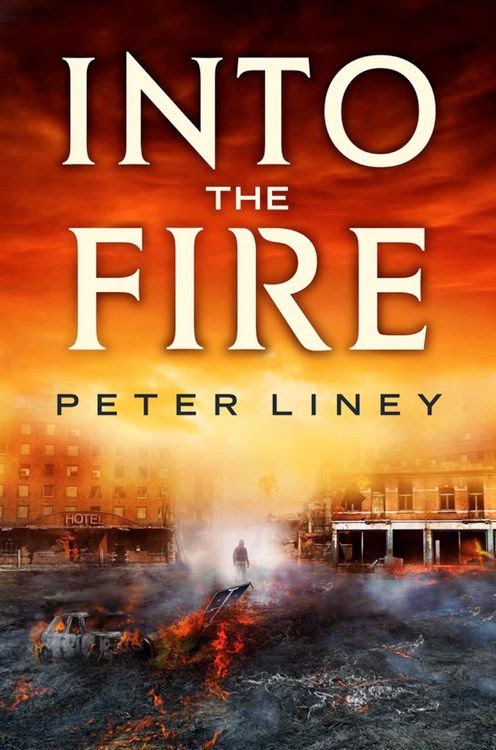 Having escaped the Island--a wasteland that housed those no longer able to contribute to society--Clancy thought his fight was over. But they have returned to the mainland to find that it is not the haven they anticipated. With the punishment satellites that kept them on the Island gone, hell has been unleashed. Clancy is about to discover that his work is far from over. The fires of hell don't burn much hotter than this. 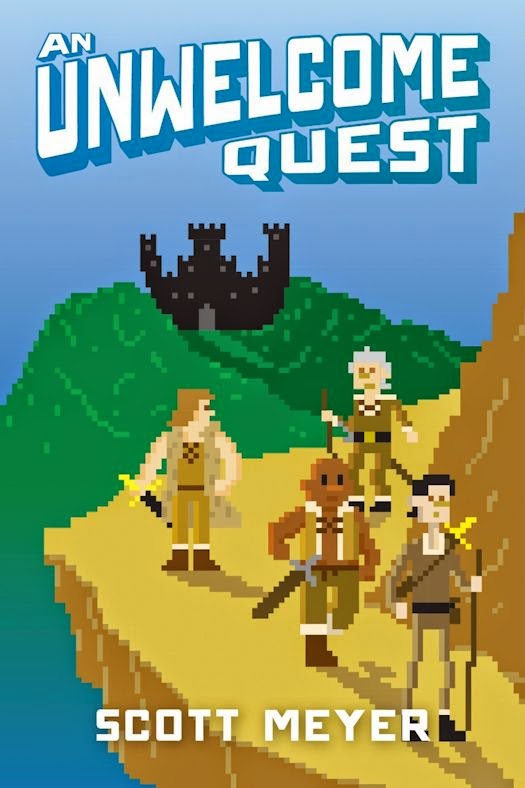 Ever since Martin Banks and his fellow computer geeks discovered that reality is just a computer program to be happily hacked, they’ve been jaunting back and forth through time, posing as medieval wizards and having the epic adventures that other nerds can only dream of having. But even in their wildest fantasies, they never expected to end up at the mercy of the former apprentice whom they sent to prison for gross misuse of magic and all-around evil behavior.

Who knew that the vengeful Todd would escape, then conjure a computer game packed with wolves, wenches, wastelands, and assorted harrowing hazards—and trap his hapless former friends inside it? Stripped of their magic powers, the would-be wizards must brave terrifying dangers, technical glitches, and one another’s company if they want to see medieval England—and their favorite sci-fi movies on VHS—ever again. Can our heroes survive this magical mystery torture? Or will it only lead them and their pointy hats into more peril?
Amazon : Barnes and Noble : Book Depository : Books-A-Million : IndieBound 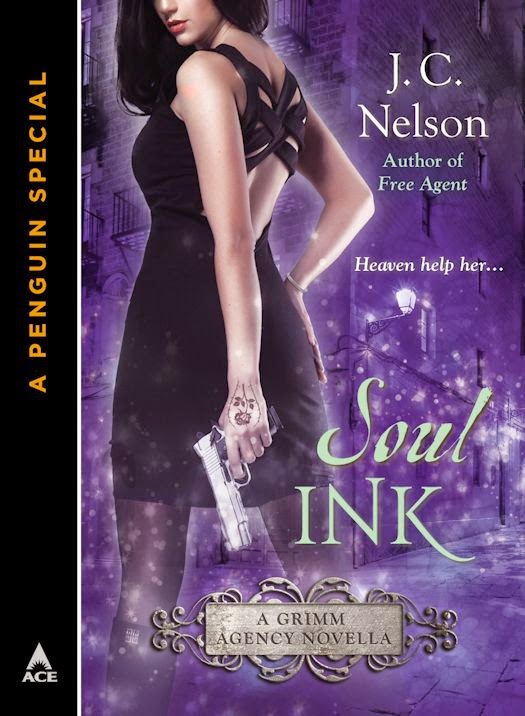 As the right hand woman at the Fairy Godfather’s Grimm Agency, Marissa Locks has a grip on all things magical. If only she could get control of her own not-so-charmed life…

For most people, waking up after a night of partying next to a dragon, sporting a tattoo with a mind of its own, would be a new low. For Marissa, only the tattoo is new—and, unfortunately, it’s not the weirdest part of her day. The Agency has been called in to stop a string of messy murders, a problem that’s turning into a disaster of biblical proportions, and Marissa’s been assigned to the case.

One of the archangels from Paradisia is attempting to switch teams, and he’s willing to use as many souls as it takes to pay his way. With Grimm contractually bound to clean up the chaos, Marissa must find a way to keep the former cherub from completing his rampage. But between fighting an angel gone bad and battling the magical compulsions of her new Fae tattoo, Marissa’s definitely facing the worst hangover in history…

Includes a preview of the Grimm Agency novel, Armageddon Rules. 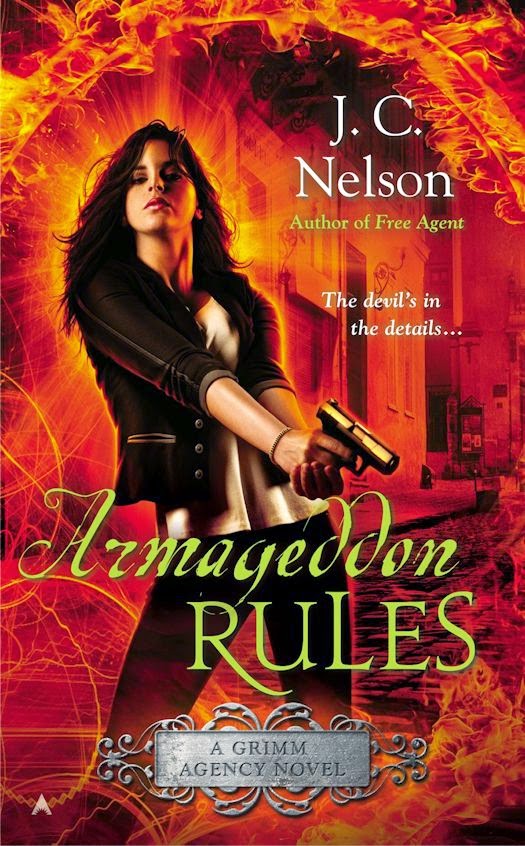 Marissa Locks, newly appointed partner of the Grimm Agency, has a reputation for making a mess of magical matters—although causing Armageddon is a new low, even for her…

Marissa is due for a little happily ever after. After all, she did kill the evil Fairy Godmother, end a war, and snag a sweet promotion within the Fairy Godfather’s magical-problem-solving Agency. But between maintaining a relationship with someone whose amorous advances can cause third-degree burns, dealing with a killer-poodle infestation, and helping her best friend, Princess Ari, learn to wield spells more powerful than curing a hangover, she’s not getting as much peace and quiet as she hoped.

When an enemy from her past appears to exact a terrible revenge, Marissa’s life goes from hectic to hell on earth. With Grimm inexplicably gone and Ari trapped by a sleeping spell, Marissa decides to fight fire with hellfire—and accidentally begins a countdown to the apocalypse.

With the end of days extremely nigh, Marissa will have to master royal politics, demonic law, and biblical plagues in a hurry—because even the end of the world can’t keep the Agency from opening for business… 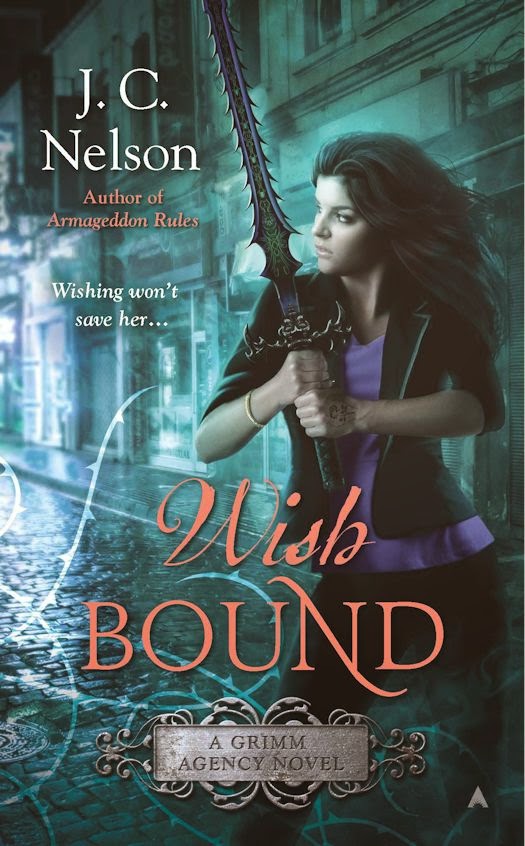 From the author of Armageddon Rules, the fanciful and fun continuation of the Grimm Agency novels…

As a partner at Grimm’s magical Agency, Marissa Locks is used to working odd jobs. But when an evil queen reappears in Kingdom, life becomes too strange to handle…

Even when she’s not starting it, trouble follows Marissa everywhere. First there was the incident with the homicidal Fairy Godmother. Then there was the time she accidentally started Armageddon. But the problems that always seem to arise on Marissa’s birthday take the cake.

This year, her annual bad-luck presents include an army of invading goblins, the resurrection of two vengeful enemies from hell, and the return of the Black Queen, the evil sorceress whose reign of terror still haunts Kingdom and who happens to have claimed Marissa as her servant.

As Marissa’s friends try to save her from the Black Queen’s clutches, Marissa fights to end a bitter war that started before her birth. But her quest for peace is about to bring up some inconvenient truths about her own past—ones that might cost her the happily ever after she’s always dreamed of… 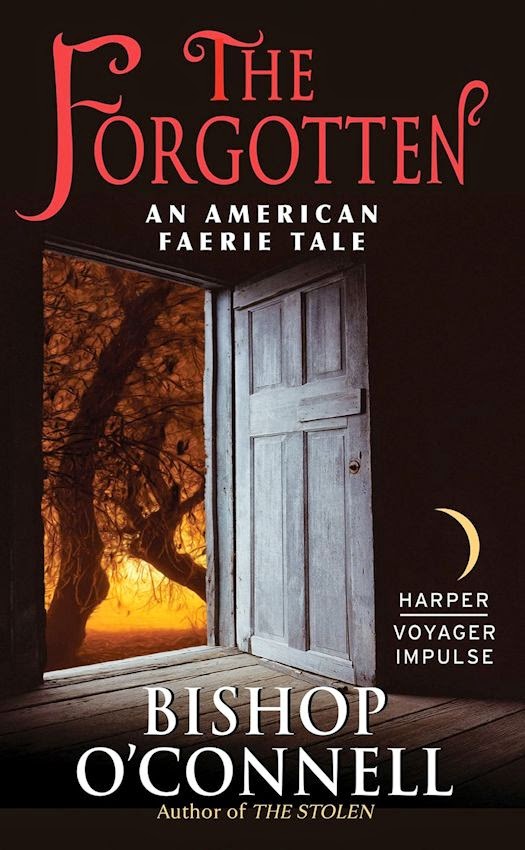 Across the United States, children are vanishing. Only this time, faeries may not be to blame …

Dante, Regent of the fae's Rogue Court, has been receiving disturbing reports. Human children are manifesting magical powers in record numbers. Shunned and forgotten, they live on the streets in ragtag groups with the already-booming population of homeless changelings. But the streets aren't a haven; someone, or something, is hunting these children down.

Wraith, a teenage spell slinger, has no home, no family, and no real memories of her past. She and her friends SK, Fritz, and Shadow are constantly on the run, fleeing from a dark and unknown enemy. But when her companions are taken by "the snatchers," Wraith is their only hope. Her journey to find them will test the limits of her magic—and her trust. A dark force is on the rise, and it could spell the end of our world as we know it.
Amazon : Barnes and Noble : Google Play : HarperCollins : iTunes