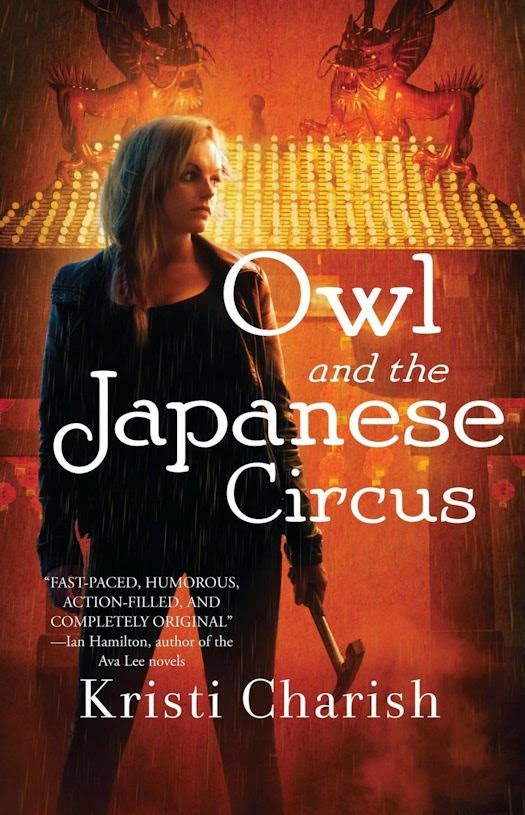 Fans of Kim Harrison, Jim Butcher, and Linda Hamilton will flock to the kick-ass world of Owl, a modern-day “Indiana Jane” who reluctantly navigates the hidden supernatural world.

Ex-archaeology grad student turned international antiquities thief, Alix—better known now as Owl—has one rule. No supernatural jobs. Ever. Until she crosses paths with Mr. Kurosawa, a red dragon who owns and runs the Japanese Circus Casino in Las Vegas. He insists Owl retrieve an artifact stolen three thousand years ago, and makes her an offer she can’t refuse: he’ll get rid of a pack of vampires that want her dead. A dragon is about the only entity on the planet that can deliver on Owl’s vampire problem – and let’s face it, dragons are known to eat the odd thief.

Owl retraces the steps of Mr. Kurosawa’s ancient thief from Japan to Bali with the help of her best friend, Nadya, and an attractive mercenary. As it turns out though, finding the scroll is the least of her worries. When she figures out one of Mr. Kurosawa’s trusted advisors is orchestrating a plan to use a weapon powerful enough to wipe out a city, things go to hell in a hand basket fast…and Owl has to pick sides.