Published:
Please welcome Zoë Archer to The Qwillery. Demon's Bride (Hellraisers 2) was published on May 1, 2012.

Wedding Customs
DEMON’S BRIDE, the second book in my Hellraisers romance series, opens where many romances often end—with a wedding. The wedding is between Leo Bailey, a wealthy commoner, and Anne Hartfield, the daughter of an impoverished baron. Leo and Anne barely know each other. Their marriage is mutually beneficial: Anne can have material wealth unlike any she’s ever known, and Leo gains the prestige and status of having an aristocratic wife. Neither Leo nor Anne have any illusions about the nature of their union. They don’t expect love.

It seems a strange way to start a marriage, but ideas of romantic love weren’t given as much consideration in 18th century marriages, especially not if you were socially and financially ambitious. Engagements were short—or, in Anne and Leo’s case, very short—since premarital sex was frowned upon. A bride and groom could marry within months of meeting each other, just as Anne and Leo do. 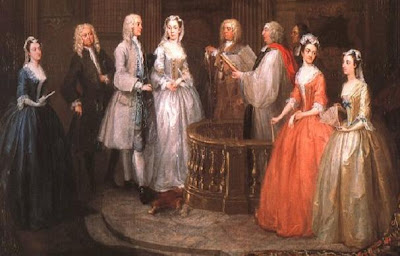 Like other brides and grooms of the time, Anne and Leo are married in church, then sign their names in the parish register. All 18th century wedding ceremonies were performed in the morning hours between 8 a.m. and 12 p.m., as specified by Hardwicke’s Marriage Act of 1753.

After the ceremony, it’s time for the wedding breakfast. A wedding is a time of celebration, a time to show your guests not just hospitality, but to impress them with your own prosperity. Anne and Leo proceed from the church to his home in Bloomsbury for the celebration. The “breakfast” could last all day and into the night, with an abundance of wine, cakes, and roast meats for the guests. Then, as now, dancing was common as part of the celebration. 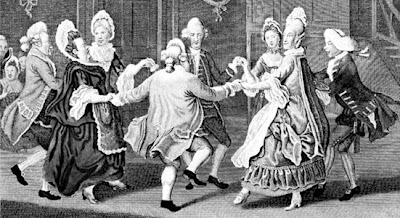 White hadn’t been adopted yet as the preferred color for brides—that came later, in the 19th century—but often a bride wore blue, which represents purity. In keeping with custom, Anne wears a gown of blue Spitalfields silk, trimmed with silver lace. Tuxedoes and morning coats hadn’t been created yet, so a groom wore his best clothing. In fact, when one aristocrat was hanged for murder, he wore his wedding clothing to the scaffold, all the better to put on a show for the spectators. For his wedding, Leo even powders his hair, despite the fact that he hates hair powder. 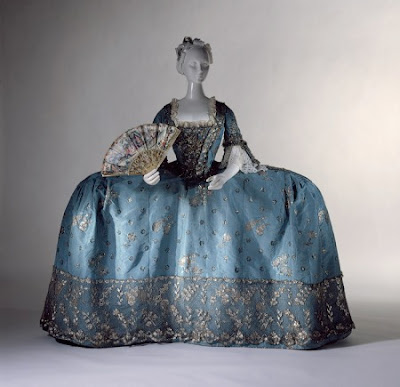 The honeymoon, or bridal journey, was still a relatively new custom in the 18th century, but it’s still established enough that the fact that Leo and Anne are not going on a bridal journey is remarked upon by the guests. Though the 18th century is considered part of the modern era, one custom lingered from earlier times. The bride was taken up to the nuptial bedchamber and made ready for her husband by her close female relatives. They dressed the bride in her nightgown and got her into bed. Then the male guests escort the groom to the bedchamber, singing bawdy songs all the while. It wasn’t uncommon for the guests to stand outside the bedroom and shout encouragements to the groom through the door. Leo makes sure to dismiss the guests before they get to that point!

And then…well, you’ll just have to read to find out what happens next with Leo and Anne. ;) 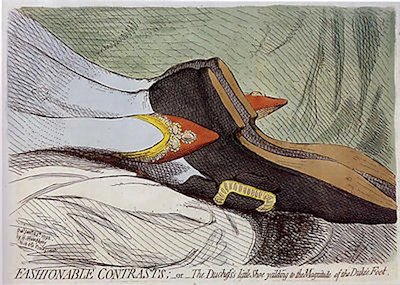 What modern wedding customs do you find strange, or relics of the past? Leave a comment, and I’ll pick a winner to receive a copy of DEMON’S BRIDE (US/Canada only). [see "The Giveaway" below.] 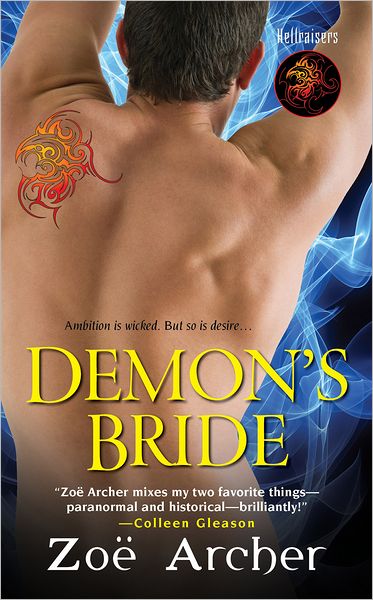 Leo Bailey may have been born to poverty, but ruthless business sense and sparkling intelligence have made money worries a thing of his past. It doesn't hurt that the Devil himself has granted Leo the ability to read the future.

But even infallible predictions are a déclassé commoner's trick to some members of the ton. They'll never see Leo as their equal - one good reason to prove himself their better. And a noble marriage is an obvious start.

Bookish Anne Hartfield, daughter of a baron, is hardly the flashiest miss on the marriage market. But her thoughtful reserve complements Leo's brash boldness in an attraction neither can deny. A whirlwind courtship sweeps Anne and Leo into a smoldering marriage before either can believe their luck. But happiness built on Leo's dark powers can't last. Soon, Anne will have to save her husband...or lose her heart. 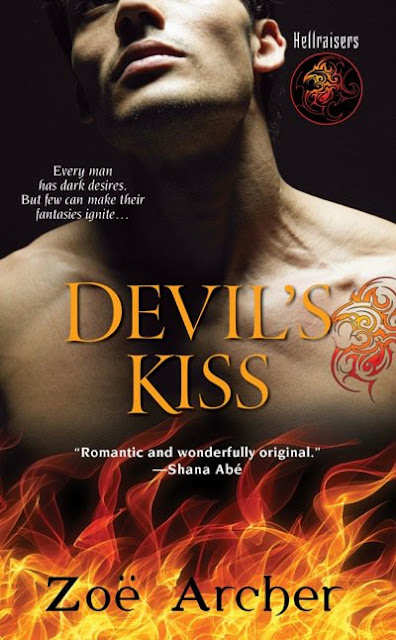 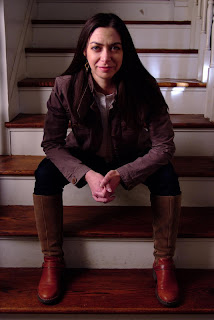 Zoë Archer is an award-winning romance author who thinks there's nothing sexier than a man in tall boots and a waistcoat. As a child, she never dreamed about being the rescued princess, but wanted to kick butt right beside the hero. She now applies her master's degrees in Literature and Fiction to creating butt-kicking heroines and heroes in tall boots. She is the author of the acclaimed BLADES OF THE ROSE series and the paranormal historical romance series, THE HELLRAISERS. She and her husband, fellow romance author Nico Rosso, created the steampunk world of THE ETHER CHRONICLES together. Her steampunk romance, SKIES OF FIRE, is now available from Avon Impulse, and Nico’s steampunk Western, NIGHT OF FIRE, will be available in July. Zoë and Nico live in Los Angeles.

What:  One commenter will win a copy of Demon's Bride from Zoë!  US/Canada Only.
How:  Leave a comment answering Zoë's question:

What modern wedding customs do you find strange, or relics of the past?
Please remember - if you don't answer the question your entry will not be counted.

Who and When:  The contest is open to all humans on the planet earth with a US or Canadian mailing address. Contest ends at 11:59pm US Eastern Time on Friday, May 18, 2012. Void where prohibited by law. No purchase necessary. You must be 18 years old or older to enter.