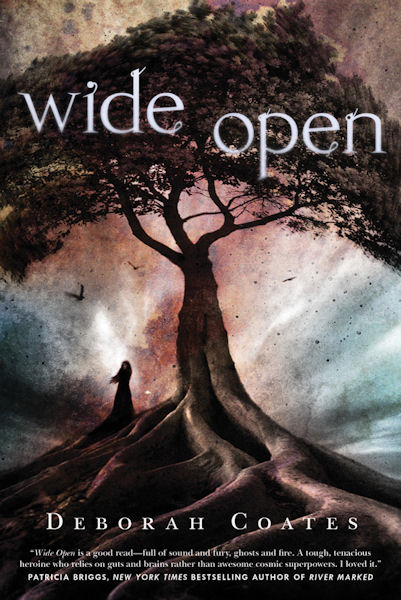 When Sergeant Hallie Michaels comes back to South Dakota from Afghanistan on ten days' compassionate leave, her sister Dell's ghost is waiting at the airport to greet her.

The sheriff says that Dell's death was suicide, but Hallie doesn't believe it. Something happened or Dell's ghost wouldn't still be hanging around. Friends and family, mourning Dell's loss, think Hallie's letting her grief interfere with her judgment.

The one person who seems willing to listen is the deputy sheriff, Boyd Davies, who shows up everywhere and helps when he doesn't have to.

As Hallie asks more questions, she attracts new ghosts, women who disappeared without a trace. Soon, someone's trying to beat her up, burn down her father's ranch, and stop her investigation.

Hallie's going to need Boyd, her friends, and all the ghosts she can find to defeat an enemy who has an unimaginable ancient power at his command.

Hallie Michaels sister has died. She returns to South Dakota on compassionate leave from the war in Afghanistan. She only has her leave to figure it out what may have happened and she's not exactly thrilled about seeing ghosts including that of her sister, Dell. She's sure that Dell has not committed suicide.

Hallie is a woman of action and very few words. She's angry and often acts without thinking, but her actions elicit responses that give her clues to what is going on. At times I found Hallie grating. By the end of the novel she seems to be opening a little. There are glimpses of something more than just anger in Hallie.

Boyd Davies, a local Sheriff's Deputy, offers a nice counterbalance to Hallie. Where Hallie would rush in swinging, Boyd would hold her back both to protect her and because he's a Deputy. He often knows that holding Hallie back is not going to happen, but he is there for her... if she'd accept the help. Hallie reluctantly teams up with Boyd to figure out what is going on.  Boyd has his own secrets too, which may or may not help Hallie.

Hallie interacts with many of the people she grew up with and most of them are there for supporting roles. We certainly get glimpses of Hallie's life before she joined the Army. With few exceptions it does not seem that much has changed back home. Most of her friends and acquaintances are unaware of the magic swirling around them and the bad things that have been done.

The South Dakota setting makes a wonderful backdrop for Wide Open. Deborah Coates does a terrific job of creating the 'place' of the story. Wide Open is an enjoyable rural fantasy. I'm looking forward to reading more about Hallie and Boyd.

I give Wide Open 4 Qwills.