Published:
I finally picked up my comics this morning. It's a lot calmer on Thursday than on new release day. I did not get a lot of comics this week. Here are my favorites: 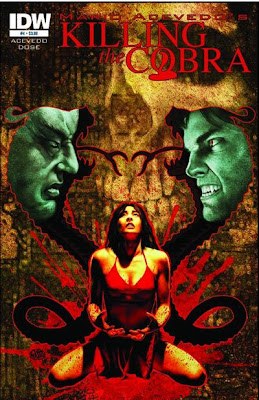 The action gets hyper-kinetic and bloody when detective-vampire Felix Gomez and his lover Qian Ning escape the carnage unleashed by the gangster Jiang Chow and his goons. Felix retaliates and his victory turns hollow after Qian is taken hostage. She's bait and Felix has no choice but to enter Jiang's trap.


If you are a fan of Mario's Felix Gomez novels, you must get this comic!

MGM Drive-In Theater: It The Terror From Beyond Space, #3 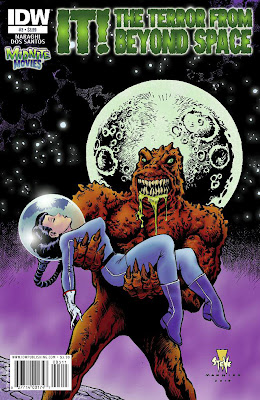 This retro-1950s saga follows the harrowing tale of the spaceship Challenge 142 as it carries the only survivor of an earlier failed expedition who is suspected of killing his crew for their lifesaving rations. Traveling Earthbound… they discover a hungry man-eating creature that is killing the crew one member at a time… 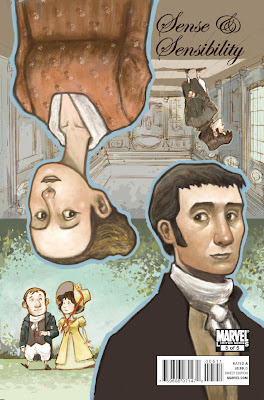 After their trip to London proves a positive disaster, the defeated Dashwood daughters forge their way home to Barton. And when a broken heart pushes fragile Marianne over the edge, it's beyond even her sister Elinor's means to help her. But can the shocking revelations of a surprise gentleman caller prove Marianne's salvation? Find out in the fantastic final chapter of Jane Austen's beloved masterpiece! 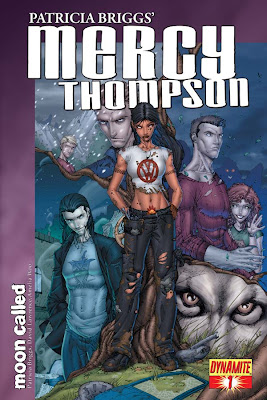 Mercy Thompson inhabits two worlds without truly belonging to either.

To the human inhabitants of the Tri-Cities she's an oddity, a female mechanic operating her own garage.

To the town's darker residents, werewolves, vampires, and fae, she's a walker, a last-of-her-kind magical being with the power to become a coyote.

Till a boy, mauled by vicious werewolves and forever changed by the attack and on the run from those who committed the crime, appears at her door.

Now her two worlds are about to collide. Outnumbered and out-muscled, can Mercy possibly save the boy? Or even herself?

Brett Booth is the cover artist. He was the main artist for the Anita Blake comics.

Dracula: The Company of Monsters #2 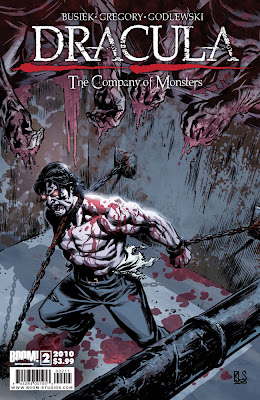 From the mind of Kurt Busiek, the all-new ongoing horror series continues! When a powerful, predatory corporation acquires the valuable asset that is Dracula, they are not prepared for what they have awakened. Despite being trapped by the corporation, Dracula will let no one stop him from rebuilding his kingdom. Even if it takes a hundred more years. And many more bodies. It's bloodsuckers vs. bloodsucker, as Busiek brings an incredibly modern spin to the Dracula mythos.
Source: qwillery.blogspot.com
+ Sharelabels (6)Flag
AllDraculaJane AustenMario AcevedoPatricia BriggsWCOTcomics

2 Comments on The Qwillery: Wednesday Comics on Thursday - September 23, 2010