Interview with Anna Smaill, author of The Chimes

Interview with Anna Smaill, author of The Chimes

Published:
Please welcome Anna Smaill to The Qwillery as part of the 2016 Debut Author Challenge Interviews. The Chimes is published on May 3rd by Quercus. 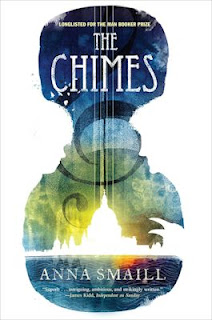 Anna:  Thanks for having me. I can’t recall a definite starting point. I do feel as though writing has always been there in my life as the way in which I work things out and process ideas. I remember the exhilaration of first filling school exercise books with stories. That point when I exceeded the typical three-page-or-so boundary of story-length expectation and suddenly saw that I could just go on and on, inventing. I guess that’s the germ of novel-writing right there. I used to earnestly keep a diary, and remember having very serious, pious thoughts about this. But, the first ‘proper’ thing I wrote was for a short story competition when I was about 11 years old. Oddly, I now see that that story was a sort of thematic template for The Chimes. It was about memory, and the struggle to return to consciousness, and there were birds in there also. I’m not sure if it’s encouraging or depressing to learn that I have not progressed very far since that time.

Anna:  I am a committed hybrid of plotter and pantser. I need to plot sufficiently in order to be able to pants, and to pants sufficiently in order to be able to plot. Frustratingly, the exact balance between these two methods is very unpredictable. I have been trying to find the right metaphor for it: perhaps it’s a little like clearing debris from a snow-covered slope to ensure a good solid downhill run. You spend a long while toiling away in order to clear the major obstacles, then you totter to the edge of the slope on your skis and kick off and just go on your nerve. If you’ve done the work and cleared the path sufficiently, you should be able to trust to your wits and slalom around any of the smaller rocks that await. This part should be entirely terrifying, though.

Anna:  The uncertainty. All of the many different and often conflicting uncertainties – can I write a book? is this the right book for me to write? can I finish it? can I start it? etc

TQ:  What has influenced / influences your writing? How has being a poet influenced your prose writing?

Anna:  Being serious about music and playing the violin as a teenager has had a long-term influence on my writing. I think the focus on practise, as opposed to performance, is a great foundation for any type of art. It’s heartening somehow to remember the sheer amount of time required to master a musical instrument, to attain the level of concentration and discipline necessary to play it reasonably well. The humility of that process is one I find very encouraging somehow, but it’s an ongoing challenge to keep in mind. The books I read as a child have had a major, ongoing influence on me and tend to feel a bit like an emotional bass line to everything I do. And having spent time writing poetry does, I think, shape the way I put words together. I tend to have a strong aural drive when I’m writing prose. The way words sound often propels my composition. This is not always conducive to writing fiction, so I have to work to keep it in check.

TQ:  Describe The Chimes in 140 characters or less.

Anna:  Um….In a world where music has replaced written language and shut down story, two young men must help the world to regain its memory.

TQ:  Tell us something about The Chimes that is not found in the book description.

Anna:  An early scene from the novel is set in Hampstead Heath, where I used to walk almost daily when I started writing the book. Simon goes up the path I used to always walk, past the Parliament Hill Lido. My husband is a novelist, too, and – without our discussing it – his recent novel includes a crucial scene that also takes place in this exact spot.

TQ:  What inspired you to write The Chimes? What appeals to you about writing dystopian fiction? Why set the novel in London?

Anna:  The Chimes came from two different places, I think. The first was simply the impulse to write about an institution dedicated solely to music. I read Herman Hesse’s The Glass Bead Game when I was a teenager and was fascinated by the rarefied intellectual elite depicted in that book. It tapped into some essential adolescent wish-fulfilment appeal. Don’t we all hunger to finally have our special gifts recognised and valued, to be removed from the prosaic routines of daily life? It’s the plot of so many children’s and teen novels and films, after all, from Fame to Harry Potter. What really made me write the book, though, was something totally unexpected: I heard Simon’s voice. I was on the bus in London and it came to me very clearly, speaking through some sort of painful darkness, but with a peculiar lilt and zest. I wrote it down in a notebook. It was a few days later that I wondered if that voice could be speaking from a world ruled by that institutionalised musical elite. That’s where the novel started for me.

Writing a dystopian novel seemed like the perfect, semi-transgressive, way of escaping the reality of my life at the time, which was bound up in the struggle to find a university job – then, frankly, any decent paying job – after finishing my PhD. It seemed somehow irresponsible, reckless even, to devote so much time to what was so much fun. It became slowly more serious, the responsibility of the book took hold, but it felt like deep, important fun throughout. It was exhilarating but also terrifying to realise that I was going to have to disregard all of the practical considerations of my future and career for a while. The novel was set in London because I was living in London, and because – in a wholly unquestionable way – Simon, the protagonist was living in London. The city that I was seeing every day, and imagining the past of, was the novel’s first real character.

TQ:  What sort of research did you do for The Chimes?

Anna:  Not a great deal (see pantsing and plotting above). I had to clear some obstacles first – I had to parse some of the problems, work out if key ideas were feasible. But, in a way, I was never concerned about strict plausibility; things had to hold up metaphorically, had to have some ring of poetic truth to them. I’m not sure how to explain this, exactly. By way of explanation, some of the still extant bookmarks I have on my web browser for writing the novel include the following:

‘Nocturnal Disturbances and the Infrasonic “HUM” – Journal of Borderland Research’

Anna:  In many ways, Lucien was the easiest character to write. Possibly because while I was writing, I half fell in love with him, and that state, being half in love, is one of heightened imagination, heightened sensitivity and projection. Simon was very difficult to write, not because I didn’t grasp him as a character, but because his memories were so obscured in the book’s early stages. As a first-person narrator he controls the novel’s story, and yet it was a very slow process teasing out these memories and trying to balance them against the plot’s onward movement.

TQ:  Which question about The Chimes do you wish someone would ask? Ask it and answer it!

Anna:  I’ve been lucky to be interviewed by some very astute readers (the current interview being no exception), so it’s hard to think of anything really. Oh, but it would be deeply flattering if someone quizzed me on my literary allusions. Then I could act smart and well-read and say, well, seeing you asked, I do in fact steal several lines from T. S. Eliot’s The Waste Land. Thefts, rather than imitations, of course…

TQ:  Give us one or two of your favorite non-spoilery quotes from The Chimes.

Anna:  Probably this, from Simon thinking about his friend Clare and the way she has learnt to deal with her memory loss:

“How without mercy and without blame we have all of us been. And how careless to have misplaced so much.”


And, because it was a lot of fun to write, I’d have to include this poem, sung by Simon’s mother.

“In the quiet days of power,

seven ravens in the tower.

When you clip the raven’s wing,

then the bird begins to sing.

When you break the raven’s beak,

then the bird begins to speak.

When the Chimes fill up the sky,

then the ravens start to fly.

Never ravens in the tree

till Muninn can fly home to me.”

Anna:  I’m working on my second novel currently. It’s very different from The Chimes in that it’s set in Tokyo, and a recognisable contemporary version of that city. It’s definitely not a dystopian novel, but, it’s also emphatically not a realist novel. So far it’s about friendship, betrayal, and talking animals. 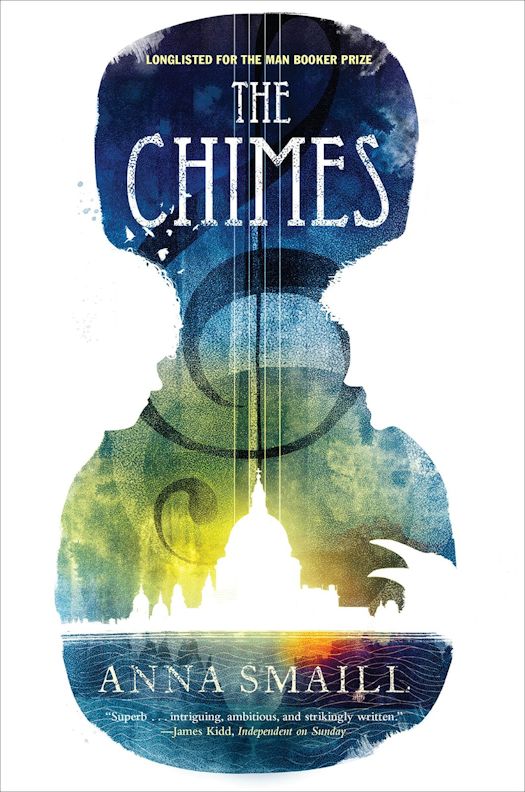 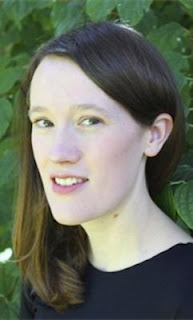 Anna Smaill is a classically trained violinist and published poet. Born in Auckland in 1979, she holds an MA in Creative Writing from the International Institute of Modern Letters (Wellington), an MA in English Literature from the University of Auckland and a PhD in contemporary American poetry from University College London. She is the author of one book of poetry, The Violinist in Spring, and her poems have been published and anthologized in New Zealand and the United Kingdom. She has lived and worked in both Tokyo and London, and now lives in New Zealand with her husband, novelist Carl Shuker, and their daughter.

Report "Interview with Anna Smaill, author of The Chimes"