Published:
Please welcome K. B. Laugheed to The Qwillery as part of the 2013 Debut Author Challenge Interviews. The Spirit Keeper will be published on September 24, 2013. 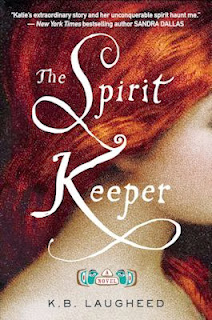 K.B.:  I’d like to address this question in my blog next month.

TQ:  We're looking forward to that!

K.B.:  I suppose most people would consider it a quirk that I always write my first drafts by hand on 3-ring notebook paper. I do this because, for me, writing is not a linear process. It’s full of instant revisions and redirections, insertions and alterations. It is possible, of course, to do all those things on a machine, but in order to write on a machine, one must keep switching back and forth from the creative part of the brain to the mechanical part in order to perform the necessary technical functions. I think switching back and forth from one side of the brain to the other undermines the creative process.

In order to get my creative juices flowing, I need to turn on the tap and just let it run for a while. Why interrupt the flow by pausing to make a machine perform some simple mechanical task? Once I get that “stream of unconsciousness” going, writing becomes almost an out-of-body experience, but the minute I have to stop and think about something real, suddenly I’m back in my body again and the creative tap is turned off!

TQ:  What is the most challenging part of the writing process for you?

K.B.:  For me, the most challenging part of the writing process is sharing my work with others. It’s not that I can’t take criticism—I am, in fact, usually dying for feedback—it’s just that I rarely find someone interested in giving useful advice. By far the majority of people I’ve given my writing to don’t give me any feedback at all. If I don’t hound them for a response, they never mention my work again, and if I ask specifically for an opinion, they’ll get a guilty look as they mumble, “Oh, it was good!” Obviously they didn’t even read it.

Look, I understand people are busy and I know it’s asking a lot to solicit a reader response, but gee whiz! You can at least leave my manuscript in the bathroom and look it over a little bit each day!

And then there are the readers who are just hurtful. A good editor is an absolutely invaluable resource, but more than once I have had an editor insist on one small change that would make my story mean exactly the opposite of the story I wrote. Why would I want to do that? And then there was the editor who called to tell me how unbelievable my main character’s actions were—a character in a memoir, by the way, whose actions were my real-life actions. Ultimately the editor passed on my submission, saying he didn’t deal in memoirs, but if he knew he wasn’t going to publish the story anyway, why did he feel the need to insult me personally?

And then there‘s my mother’s classic comment, which explains, I suppose, why I‘ve always had such a hard time sharing my writing. After reading a manuscript I’d worked on for more than five years, my mother smiled, patted my arm and said, “Well, you tried to make it nice!”

TQ:  Describe The Spirit Keeper in no more than 140 characters.

K.B.:  The Spirit Keeper is an Indian captivity narrative in which a 17-year-old girl is taken from her frontier Pennsylvania home in the year 1747.

TQ:  What inspired you to write The Spirit Keeper?

K.B.:  Several things happened simultaneously which forced me to write The Spirit Keeper, but they’re all pretty personal. Suffice it to say that EVERYTHING in my life converged in such a way that I had no choice but to write this book.

TQ:  What sort of research did you do for this book?

K.B.:  I’ve been a student of First Nations history, mythology, and culture for over forty years. The bibliography of pertinent texts would consume many, many pages. I’ve also spent a lot of time living in 1836 as a volunteer at Conner Prairie Interactive History Park in Fishers, Indiana.

K.B.:  What’s next for me is The Spirit Keeper Part II. This book was originally written as one massive manuscript, but various factors conspired to split my masterwork into two pieces. I trust that this is the way it’s supposed to be, but I would like to go on record as saying that Part I is nothing but a set-up for Part II, which is the real story I wanted to write. Even now, Part II is ready to go, awaiting only the response from the public to see whether or not it will ever be published.

Obviously, I await reader reaction with great trepidation, hoping people will love this story as much as I do but fearing I’ll receive little more than that old, familiar guilty smile along with the vague, “Oh, it was good!”

But, hey—I really did try to make it nice.


At any rate, I’d like to thank The Qwillery for this opportunity to share a little bit about myself and my work. 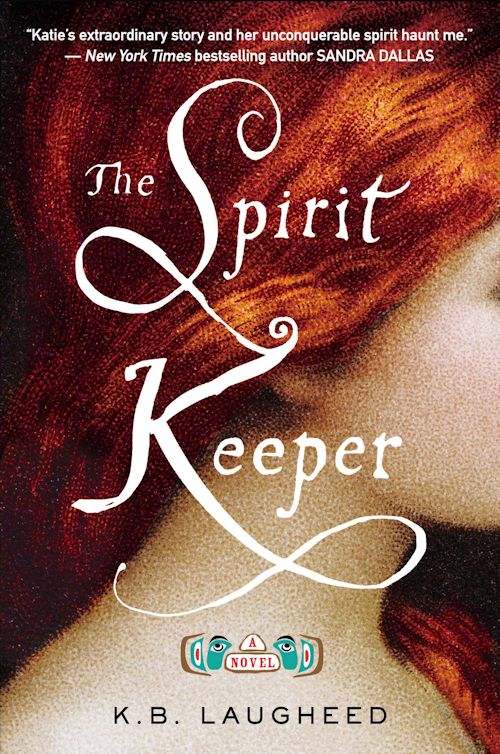 This is the account of Katie O Toole, late of Lancaster Co., Pennsylvania, removed from her family by savages on March the 2nd in the year of our Lord 1747

The thirteenth child conceived of miserable Irish exiles, Katie O Toole dreams of a different life. Little does she know that someone far away is dreaming of her.

In 1747, savages raid her family home, and seventeen-year-old Katie is taken captive. Syawa and Hector have been searching for her, guided by Syawa s dreams. A young Holyman, Syawa believes Katie is the subject of his Vision: the Creature of Fire and Ice, destined to bring a great gift to his people. Despite her flaming hair and ice-blue eyes, Katie is certain he is mistaken, but faced with returning to her family, she agrees to join them. She soon discovers that in order to fulfill Syawa s Vision, she must first become his Spirit Keeper, embarking on an epic journey that will change her life and heart forever. 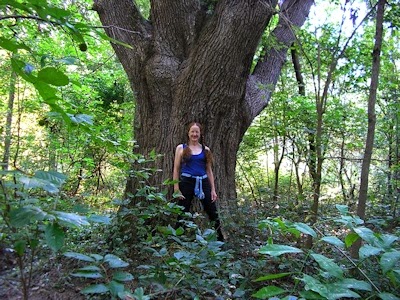 K.B. Laugheed grew up in the shadow of the site of the 1812 Battle of Tippecanoe. She is an organic gardener and master naturalist who has spent a lifetime feeding the earth, and her efforts have culminated in The Spirit Keeper, her first novel and largest contribution to the potluck so far.

5 Comments on The Qwillery: Interview with K. B. Laugheed, author of The Spirit Keeper - September 20, 2013