Published:
A new Jane Austen alternate will be hitting the shelves on September 30, 2011 - Mr. Darcy's Bite by Mary Lydon Simonsen. 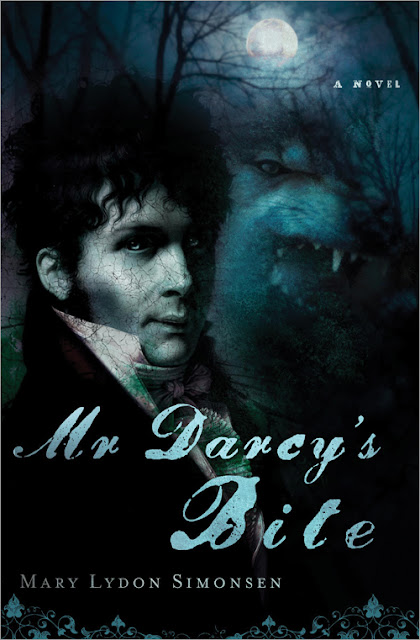 Darcy is acting rather oddly. After months of courting Elizabeth Bennet, no offer of marriage is forthcoming and Elizabeth is first impatient, then increasingly frightened. For there is no denying that the full moon seems to be affecting his behavior, and Elizabeth’s love is going to be tested in ways she never dreamed...

Darcy has more than family pride to protect: others of his kind are being hunted all over England and a member of Darcy’s pack is facing a crisis in Scotland. It will take all of Elizabeth’s faith, courage, and ingenuity to overcome her prejudice and join Darcy in a Regency world she never knew existed.