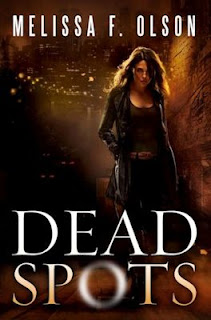 What do Vampires Want?
It’s easy, when writing about vampires, werewolves, and witches, to find yourself committing literary teleportation. As a culture we’ve been consuming entertainment about these creatures for hundreds of years: we’ve seen the movies, we’ve read the books, we’ve bought the delicious marshmallowy cereal. The rules of supernatural mythology are always going to be a bit flexible – some werewolves transform only at the full moon, for example, while others can do it whenever they want – but there is definitely a well-established archetype, an impression, that we all carry for each creature, and it’s so easy to just insert that guy into your work. Bam! Dracula Cullen is teleported into my new book. Easy peasy.

When I began writing my urban fantasy novel, Dead Spots, I realized that the real challenge isn’t just building a world – it’s escaping the archetype. It’s hard enough to write an original, believable, three-dimensional human character. How do you turn such well-known monsters into realistic people who became monsters? This has all been done so many times, in so many ways: how can I, as a twenty-first century writer, possibly turn out something that hasn’t been done a thousand times by people who are better and more experienced? It’s really very daunting.

The plan that I came up with was this: go back to basics. As I began writing Dead Spots, I sat down and asked myself what felt like a very silly question: If I were a 200-year-old vampire, what would I want? I know, I know – it sounds so rudimentary it’s stupid. But it’s actually a pretty tough question, because entertainment has been so saturated with vampires, that we’ve gotten pretty far away from a basic literary element like motivation.

So let’s stop and think. We all dream of doing things in our lifetimes, but we always consider what we can do within a human lifetime. If you don’t die or even age anymore, what happens when you’ve crossed off everything on your bucket list? You’ve learned languages, traveled (sunlight permitting), acquired riches, read books, secured a blood supply, etc. Then what? What exactly do you want to do with your eternity? Wait around for the next season of Dexter?

I have to tell you, that one simple question made me consider vampires differently. In other books and movies, the vampires seem to want power and blood. World domination, maybe. But when you really think about it, doesn’t world domination seem kind of…exhausting? Not to mention overexposed. Vampires are a parasitic species, after all. They’re predators who have evolved to hide in the shadows and take what they need. And for all their power, they’re also very, very vulnerable. It doesn’t matter how old or how many you are – you have to die, or at least sleep, during the day. There will always be that weakness, and it just doesn’t fit with a dictator/puppetmaster kind of lifestyle.

So I made the decision that my main vampire, Dashiell, wasn’t interested in ruling the world, or starting a human blood farm, or finding a cure, or any of that other nonsense. Like most vampires in my book, he has a great emptiness inside him, because when you’ve lost everyone and everything from your human life, you can’t help but lose some of your humanity, too. But in my world, that’s not the same thing as not having a soul—or a calling. Dashiell is the most powerful vampire in Los Angeles, and he has some old-fashioned ideas about power and responsibility. He makes it his mission to protect all of the weaker vampires in the city. That’s what he wants. But I didn’t figure that out until I sat down, held very still, and started asking stupid questions.

Once I had the vampire, it got easier. In my world, all three factions of the supernatural have a leader, and all three leaders are committed, above anything else, to taking care of their people. And I’d like to think that helps to –for lack of a better word – humanize them a little. Whenever I find myself picturing a shadowy, good-looking guy sneaking around in the dark with his fangs out, or a slobbering, uncontrollable wolf-monster, or a Disney-style wicked witch, I stop what I’m doing and think about the character’s actual, reality-based motivation.

After all…supernatural creatures are people, too. 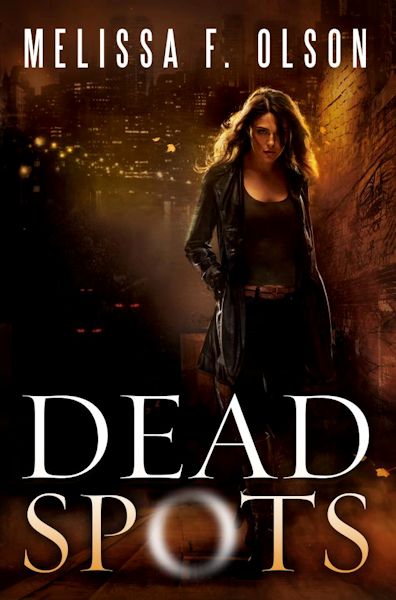 Scarlett Bernard knows about personal space: step within ten feet of her, and any supernatural spells or demonic forces are instantly defused—vampires and werewolves become human again, and witches can’t get out so much as a “hocus pocus.” This special skill makes her a null and very valuable to Los Angeles’s three most powerful magical communities, who utilize her ability to scrub crime scenes clean of all traces of the paranormal to keep humanity, and the LAPD, in the dark.

But one night Scarlett’s late arrival to a grisly murder scene reveals her agenda and ends with LAPD’s Jesse Cruz tracking her down to strike a deal: he’ll keep quiet about the undead underworld if she helps solve the case. Their pact doesn’t sit well with Dash, the city’s chief bloodsucker, who fears his whole vampire empire is at stake. And when clues start to point to Scarlett, it’ll take more than her unique powers to catch the real killer and clear her name. 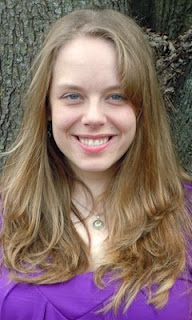 Melissa Olson was born and raised in Chippewa Falls, Wisconsin, and studied film and literature at the University of Southern California in Los Angeles. So…culture shock. Never one for beer or cheese, anyway, Melissa came to love her new city, especially the climate, the movie-watching opportunities, and the food, pretty much in that order. After graduation, and a brief stint bouncing around the Hollywood Studio System, Melissa proved too broke for LA and moved to glorious Madison, WI, where she eventually acquired a master’s degree from UW-Milwaukee, a husband, a mortgage, two kids, and two comically oversized dogs, not at all in that order. She loves Madison and it’s proximity to her family, but still dreams of the food in LA. Literally. There are dreams.

Her work has been published in the Daily Trojan, the Chippewa Falls Herald Telegram, The International Journal of Comic Art, The La Crosse Tribune, U-Wire, Women on Writing.com, and the upcoming compilation The Universal Vampire. She has also presented or been on panels at the Midwest Popular Culture/American Culture Conference, the International Association of the Fantastic in the Arts Conference, and OdysseyCon 2012.