Published:
The Qwillery is happy to announce that Jonathan Wood is joining the 2011 Debut Author Challenge. Jonathan's debut novel, No Hero, will be released in early July. 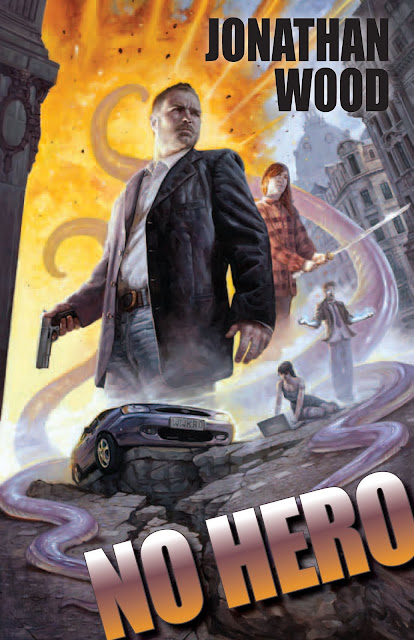 "What would Kurt Russell do?"
Oxford police detective Arthur Wallace asks himself that question a lot. Because Arthur is no hero. He's a good cop, but prefers that action and heroics remain on the screen, safely performed by professionals.
But then, secretive government agency MI37 comes calling, hoping to recruit Arthur in their struggle against the tentacled horrors from another dimension known as the Progeny. But Arthur is NO HERO.
Can an everyman stand against sanity-ripping cosmic horrors?