Apologies for not posting last week but I have been enjoying the summer a bit too much and not working on my TBR. It has been a super duper hot summer so far which is unusual for the UK. So hot in fact that I could barely stand to turn on my laptop or concentrate on reading. I am back in the reading saddle so what did I read?

Last week I read the Watchmaker of Filigree Street which is Natasha Pulley's debut novel. As this is a debut I have written a full review which will be posted soon so keep your eye out for what I thought of it. What I can say is how much I like the cover. I think it has an Art Deco feel about it although the story isn't set in that period.

I was having a quick look at my Amazon recommendations and came across a new book by Kelley Armstrong - City of the Lost. Armstrong is releasing this story in small chunks and I read the first and second parts. Each instalment is less than 50 pages long but it really felt like they were much longer. City of the Lost is about a young woman  - Casey Duncan - who is trying to protect her best friend by moving to a secret town full of people trying to hide. Normally, I don't like short stories or novellas but I have gotten used to serials after reading the Inn Keeper serial by Ilona Andrews and Radiance by Grace Draven. Armstrong develops her main character very quickly and even with so few pages you really understand her motivations and how she ended up in her current situation. She is determined, loyal and very interesting. I have already ordered instalment 3. (Note that City of the Lost is not yet available in the US. Look for it in 2016.)

My final book of the week was The Contrary Tale of the Butterfly Girl by Ishbelle Bee. This is only Bee's second novel. I reviewed her debut  - The Singular and Extraordinary of Mirror and Goliath back in June and was quite surprised to find a second book available on NetGalley. I almost can't adequately describe this book or in fact describe it at all. Book 2 focuses on John Loveheart as he skips through the country beheading anyone who looks at him the wrong way and searches for the perfect cake. There are a lot of characters in this story with a few returning from book 1. There almost has to be a lot of characters with the number of murders that take place. Apart from Loveheart the story focuses on a young orphan girl called Boo Boo who has a butterfly tattooed on her back. Boo Boo has also come to the attention of a famous butterfly collector who wants her to join his collection and isn't going to take no for an answer.

The things I liked about book 1 - the quirky characters, the story, the POVs were not really there in book 2. I found the story much more violent and in some parts much more silly. Bee continues to have a very creative and active imagination but this instalment is a the other side of macabre for me with no hero to cheer on.

That is all for me for this week. I hope you have had a good wee and much more productive than I have been. Fingers crossed for next week and until then Happy Reading. 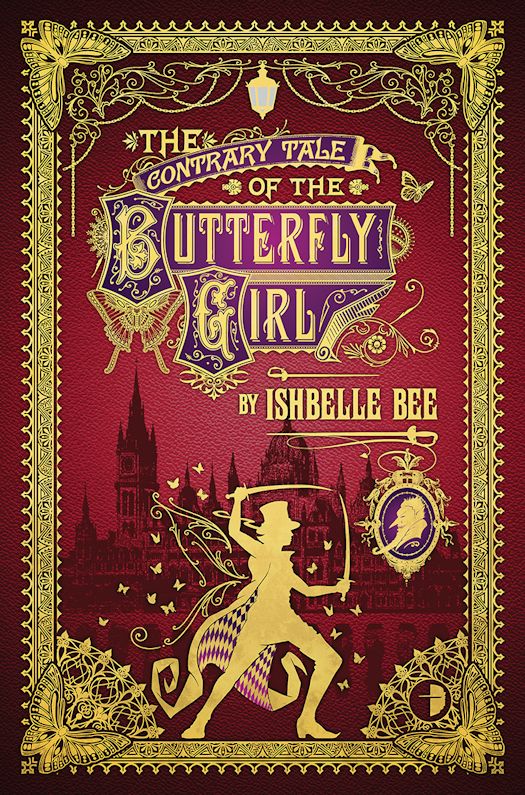 A dark and twisted Victorian melodrama, like Alice in Wonderland goes to Hell, from the author of The Singular & Extraordinary Tale of Mirror & Goliath.

Two orphans, Pedrock and Boo Boo, are sent to live in the sinister village of Darkwound. There they meet and befriend the magical and dangerous Mr Loveheart and his neighbour, Professor Hummingbird, a recluse who collects rare butterflies. Little do they know that Professor Hummingbird has attracted the wrath of a demon named Mr Angelcakes.

One night, Mr Angelcakes visits Boo Boo and carves a butterfly onto her back. Boo Boo starts to metamorphose into a butterfly/human hybrid, and is kidnapped by Professor Hummingbird. When Mr Loveheart attempts to rescue her with the aid of Detective White and Constable Walnut, they too are turned into butterflies.

Caught between Professor Hummingbird and the demon Angelcakes, Loveheart finds himself entangled in a web much wider and darker than he could have imagined, and a plot that leads him right to the Prime Minister and even Queen Victoria herself …

File Under: Fantasy [ Closing the Net / Heads in the Trees / The Angel-Eater / Prime Minister’s Questions ]