The May debut authors and their novels are listed in alphabetical order by author (not book title or publication date). Take a good look at the covers. Voting for your favorite May cover for the 2021 Debut Author Challenge Cover Wars will take place starting on or about May 15, 2021.
P. Djèlí Clark
A Master of Djinn
Dead Djinn Universe 1
Tor.com, May 11, 2021
Hardcover and eBook, 400 pages 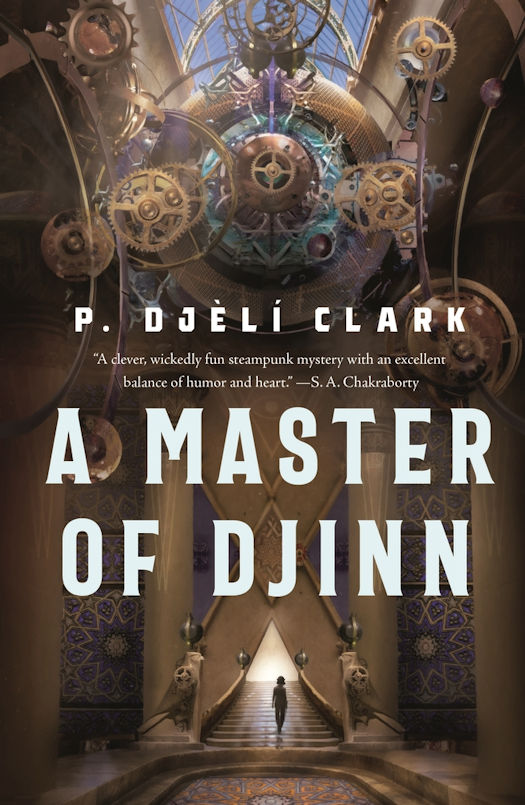 Nebula, Locus, and Alex Award-winner P. Djèlí Clark returns to his popular alternate Cairo universe for his fantasy novel debut, A Master of Djinn
Cairo, 1912: Though Fatma el-Sha’arawi is the youngest woman working for the Ministry of Alchemy, Enchantments and Supernatural Entities, she’s certainly not a rookie, especially after preventing the destruction of the universe last summer.
So when someone murders a secret brotherhood dedicated to one of the most famous men in history, al-Jahiz, Agent Fatma is called onto the case. Al-Jahiz transformed the world forty years ago when he opened up the veil between the magical and mundane realms, before vanishing into the unknown. This murderer claims to be al-Jahiz, returned to condemn the modern age for its social oppressions. His dangerous magical abilities instigate unrest in the streets of Cairo that threaten to spill over onto the global stage.
Alongside her Ministry colleagues and a familiar person from her past, Agent Fatma must unravel the mystery behind this imposter to restore peace to the city—or face the possibility he could be exactly who he seems…
A Master of Djinn is poised to launch P. Djèlí Clark’s SFF career to new heights as the highly-anticipated debut readers are clamoring for.
Novellas by P. Djèlí Clark
The Black God's Drums
The Haunting of Tram Car 015
Ring Shout 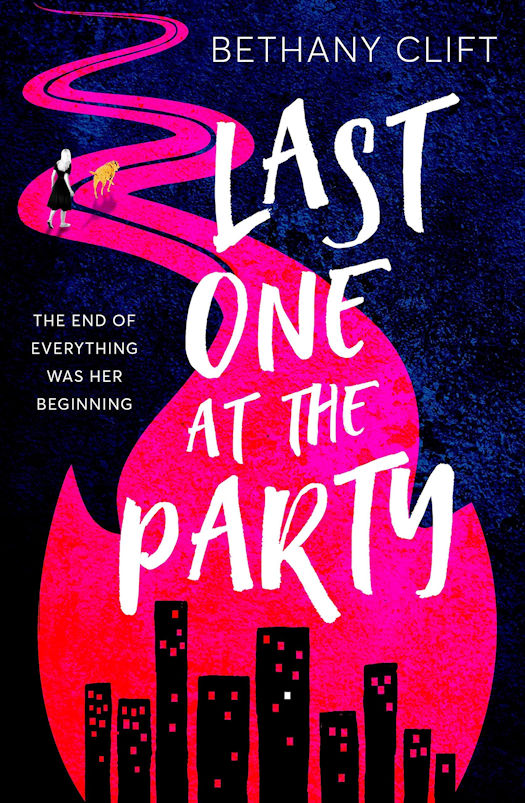 THE END OF EVERYTHING WAS HER BEGINNING
It's December 2023, and the world as we know it has ended.
The human race has been wiped out by a virus called 6DM ('Six Days Maximum' - the longest you've got before your body destroys itself).
But somehow, in London, one woman is still alive. A woman who has spent her whole life compromising what she wants, hiding how she feels and desperately trying to fit in. A woman who is entirely unprepared to face a future on her own.
Now, with only an abandoned golden retriever for company, she must travel through burning cities, avoiding rotting corpses and ravenous rats on a final journey to discover if she really is the last surviving person on earth.
And with no one else to live for, who will she become now that she's completely alone? 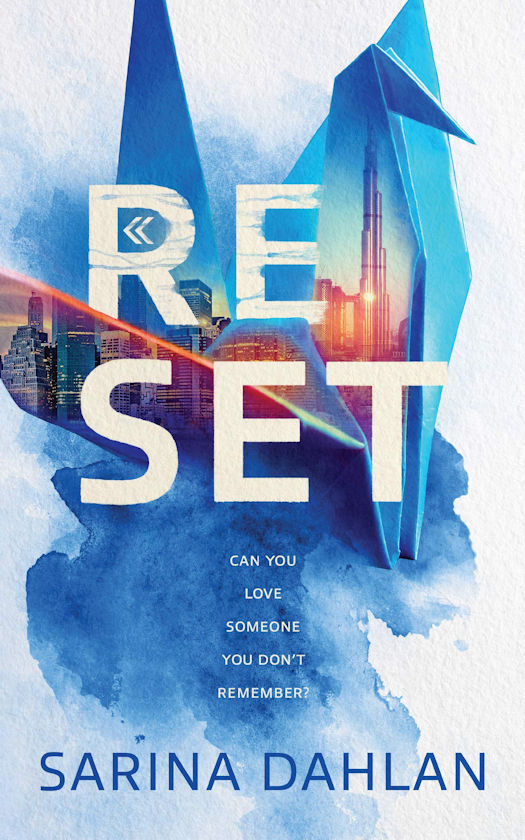 Can you love someone you don't remember?
After the Last War destroyed most of the world, survivors form a new society in four self-sustaining cities in the Mojave Desert. In the utopia of the Four Cities, inspired by the lyrics of "Imagine" and Buddhist philosophy, everything is carefully planned and controlled: the seasons, the weather-and the residents. To prevent mankind from destroying each other again, its citizens undergo a memory wipe every four years in a process called tabula rasa, a blank slate, to remove learned prejudices. With each new cycle, they begin again with new names, jobs, homes, and lives. No memories. No attachments. No wars.
Aris, a scientist who shuns love, embraces tabula rasa and the excitement of unknown futures. Walling herself off from emotional attachments, she only sees relationships as pointless and avoids deep connections. But she is haunted by a recurring dream that becomes more frequent and vivid as time passes. After meeting Benja, a handsome free-spirited writer who believes his dreams of a past lover are memories, her world is turned upside down. Obsessed with finding the Dreamers, a secret organization thought to have a way to recover memories, Benja draws her down a dangerous path toward the past. When Metis, the leader of the Dreamers, appears in Aris's life, everything she believes falls to pieces. With little time left before the next tabula rasa, they begin a bittersweet romance, navigating love in a world where names, lives, and moments are systematically destroyed.
Thought-provoking and emotionally resonant, Reset will make you consider the haunting reality of love and loss, and the indelible marks they leave behind. 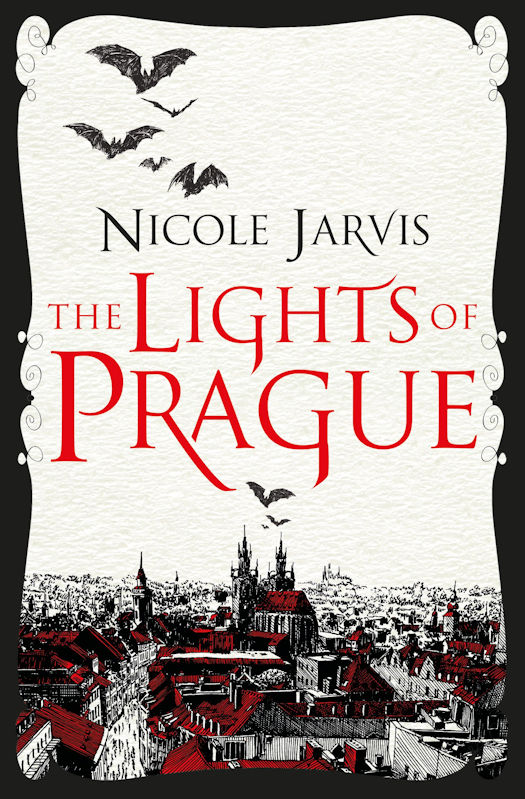 In the quiet streets of Prague all manner of mysterious creatures lurk in the shadows. Unbeknownst to its citizens, their only hope against the tide of predators are the dauntless lamplighters – secret elite of monster hunters whose light staves off the darkness each night. Domek Myska leads a life teeming with fraught encounters with the worst kind of evil: pijavice, bloodthirsty and soulless vampiric creatures. Despite this, Domek finds solace in his moments spent in the company of his friend, the clever and beautiful Lady Ora Fischerová - a widow with secrets of her own.
When Domek finds himself stalked by the spirit of the White Lady - a ghost who haunts the baroque halls of Prague castle – he stumbles across the sentient essence of a will-o’-the-wisp captured in a mysterious container. Now, as its bearer, Domek wields its power, but the wisp, known for leading travellers to their deaths, will not be so easily controlled.
After discovering a conspiracy amongst the pijavice that could see them unleash terror on the daylight world, Domek finds himself in a race against those who aim to twist alchemical science for their own dangerous gain. One young woman faces down an all-powerful corporation in this all-too-near future science fiction debut that reads like a refreshing take on Ready Player One, with a heavy dose of Black Mirror.
Ready Player One meets Cyberpunk 2077 in this eerily familiar future.
“Twenty minutes to power curfew, and my kill counter’s stalled at eight hundred eighty-seven while I’ve been standing here like an idiot. My health bar is flashing ominously, but I’m down to four heal patches, and I have to be smart.”
New Liberty City, 2134.
Two corporations have replaced the US, splitting the country’s remaining forty-five states (five have been submerged under the ocean) between them: Stellaxis Innovations and Greenleaf. There are nine supercities within the continental US, and New Liberty City is the only amalgamated city split between the two megacorps, and thus at a perpetual state of civil war as the feeds broadcast the atrocities committed by each side.
Here, Mallory streams Stellaxis’s wargame SecOps on BestLife, spending more time jacked in than in the world just to eke out a hardscrabble living from tips. When a chance encounter with one of the game’s rare super-soldiers leads to a side job for Mal—looking to link an actual missing girl to one of the SecOps characters. Mal’s sudden burst in online fame rivals her deepening fear of what she is uncovering about BestLife’s developer, and puts her in the kind of danger she’s only experienced through her avatar.
Author Kornher-Stace’s adult science fiction debut—Firebreak— is loaded with ambitious challenges and a city to save. 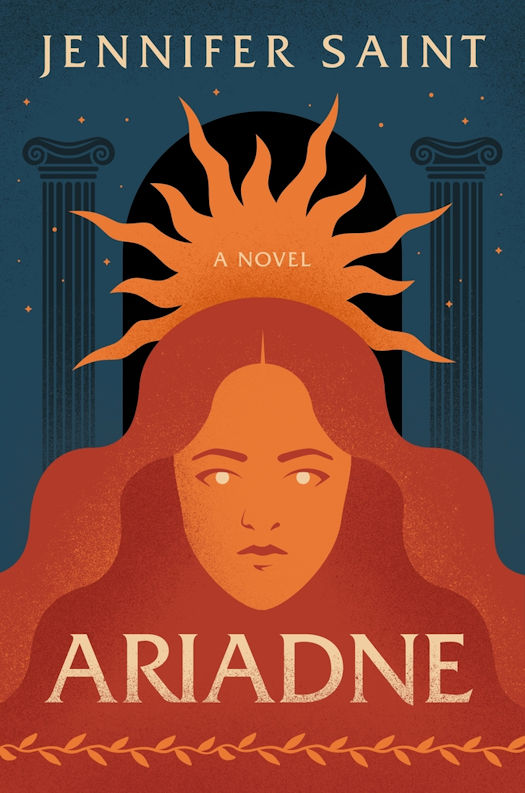 A mesmerizing debut novel for fans of Madeline Miller's Circe.
Ariadne, Princess of Crete, grows up greeting the dawn from her beautiful dancing floor and listening to her nursemaid’s stories of gods and heroes. But beneath her golden palace echo the ever-present hoofbeats of her brother, the Minotaur, a monster who demands blood sacrifice.
When Theseus, Prince of Athens, arrives to vanquish the beast, Ariadne sees in his green eyes not a threat but an escape. Defying the gods, betraying her family and country, and risking everything for love, Ariadne helps Theseus kill the Minotaur. But will Ariadne’s decision ensure her happy ending? And what of Phaedra, the beloved younger sister she leaves behind?
Hypnotic, propulsive, and utterly transporting, Jennifer Saint's Ariadne forges a new epic, one that puts the forgotten women of Greek mythology back at the heart of the story, as they strive for a better world. 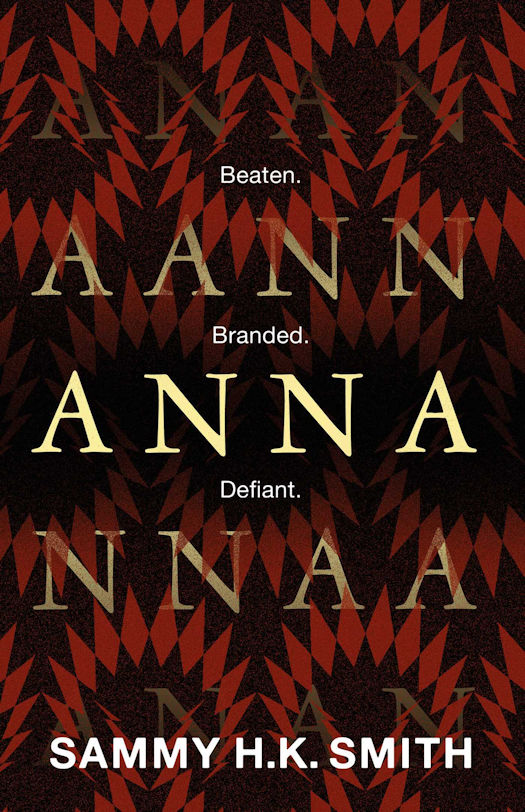 A chilling feminist novel set in a near-future dystopia, Anna explores the conflicts between selfhood and expectations, safety and control, and the sacrifices we make for the sake of protection.
Beaten. Branded. Defiant.
Anna is a possession. She is owned by the man named Will, shielded from the world of struggles by his care. He loves her, protects her, and then breaks her. Anna is obedient, dutiful, and compliant. Anna does not know her place in the world.
When she falls pregnant, Anna leaves her name behind, and finds the strength to run. But the past – and Will – catch up with her in an idyllic town with a dark secret, and this time, it’s not just Anna who is at risk. 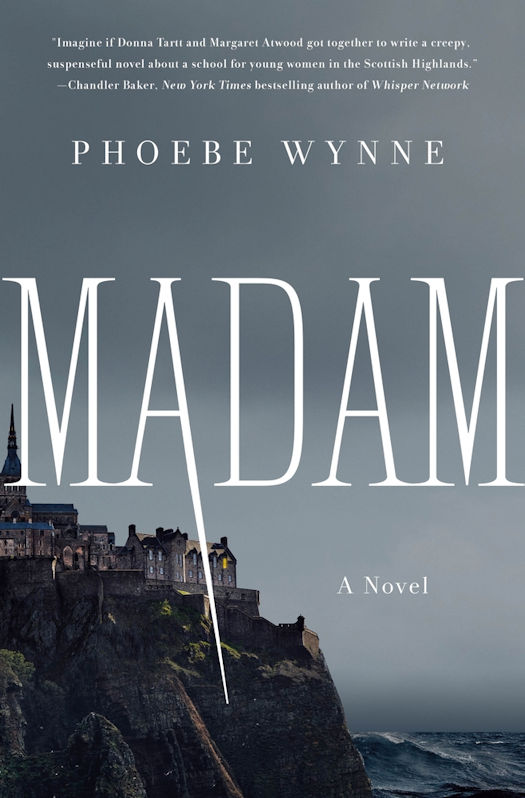 "Rebecca meets The Secret History: gloriously dark, gloriously Gothic." ––Sara Collins, bestselling author of The Confessions of Fannie Langton
Discover the secrets of Caldonbrae Hall in this riveting, modern gothic debut set at a secretive all girls’ boarding school perched on a craggy Scottish peninsula.
They want our silence… They want our obedience… Let them see our fire burn
For 150 years, high above rocky Scottish cliffs, Caldonbrae Hall has sat untouched, a beacon of excellence in an old ancestral castle. A boarding school for girls, it promises that the young women lucky enough to be admitted will emerge “resilient and ready to serve society.”
Into its illustrious midst steps Rose Christie: a 26-year-old Classics teacher, Caldonbrae’s new head of the department, and the first hire for the school in over a decade. At first, Rose is overwhelmed to be invited into this institution, whose prestige is unrivaled. But she quickly discovers that behind the school’s elitist veneer lies an impenetrable, starkly traditional culture that she struggles to reconcile with her modernist beliefs--not to mention her commitment to educating “girls for the future.”
It also doesn’t take long for Rose to suspect that there’s more to the secret circumstances surrounding the abrupt departure of her predecessor--a woman whose ghost lingers everywhere--than anyone is willing to let on. In her search for this mysterious former teacher, Rose instead uncovers the darkness that beats at the heart of Caldonbrae, forcing her to confront the true extent of the school’s nefarious purpose, and her own role in perpetuating it.
A darkly feminist tale pitched against a haunting backdrop, and populated by an electrifying cast of heroines, Madam will keep readers engrossed until the breathtaking conclusion.