Published:
Please welcome Karina Cooper to The Qwillery! Karina is the author of the Dark Mission series and the upcoming St. Croix Chronicles.


TQ:  Welcome back to The Qwillery!

Karina:  I love this place. Thanks so much for having me, Qwill! I'm delighted to be back.

TQ:  What do you wish you'd known when the 1st book, Blood of the Wicked, came out that you know now?

Karina:  Oh, wow. So many things. For starters, I should have made a reference of every name, hair- and eye-color, place, clue and tattoo placement back when I was only one book in. I can't tell you how many times I open an older document to find out what color something is, or where I'd placed it. I can't even decide if "seal" is capitalized when I'm talking about the missionary tattoo. Where was this when I could have used it?

Karina:  I'm a budding workaholic. I love writing; really, very much adore it. I can't imagine myself doing anything else. The problem is that I work 9 in the morning until midnight, with the occasional 2-hour TV break in there somewhere. It's very easy for this job to overwhelm a person. There's a lot to do—marketing, publicity, writing the words, revising them, copy edits, page proofs, cover proofs, Twitter/Facebook, social media, emails, interviews, and so on. It all needs to get done, so I tend to simply do it as it comes in—or develop a system that lets me get to it in order.

The hardest thing is remembering that I have (and enjoy!) a life outside of this. It does me no good to burn out on working too hard, because burn-out leads to an unhappy outside life as well as a creative drive that gets all jammed up. Everything in moderation, and that includes writing!

TQ:  Please tell us about All Things Wicked, the third novel in your Dark Mission series.

Karina:  The third full-length title in the Dark Mission, All Things Wicked tells the somewhat darker story of Caleb Leigh. If you'll recall, Caleb is Jessie's brother, and the villain of her book, Blood of the Wicked. I enjoyed this book, one part because it's a quasi-redemption story. Caleb made a lot of mistakes on the way, made choices that any sane person might consider off his block, but now they're all coming back. Not just to haunt him, but to destroy the one woman he'd sworn to protect.

TQ:  Which character has surprised you the most in the Dark Mission series so far?

Karina:  Jonas Stone. When I first wrote him in Blood of the Wicked, I figured he'd pop up as a blast from Silas's past and leave it at that. He's since appeared in every Dark Mission novel since, and has only grown by increments. I never realized until much later how close he plays his hand to his vest, how much the face he shows isn't really the face he is, and I'm totally looking forward to writing more about him as we go

TQ:  Barring paranormality, which character in the series is most like you?

Karina:  That's a hard one. I think out of everyone, I'm probably more like Matilda than anything else. I have a tendency to do a mysterious stranger routine—ask questions until people come to the conclusion that I want them to come to. It drives my friends and fellow LARPers bonkers!

On the other hand, I do have a tendency to mother people like Jessie does, and really try my best to get them to do what I think is right. Well, right for them, which isn't always right by morals.

TQ:  What appeals to you about writing paranormal romance?

Karina:  There's a certain end of the world pressure to paranormal romances. Preternatural threats are bigger than humanity can usually cope with, forcing a kind of mounting pressure to the subject. I like dealing with creatures that aren't completely human; or with monsters that are more human than we're comfortable with. Romance maintains that spark, that connection, complete with my version of happily ever after. I'm a sucker for those.

Karina:  End of June, I'm taking a foray into historical urban fantasy. I'm debuting a new series called The St. Croix Chronicles. Featuring Cherry St. Croix, well-to-do heiress by day and bounty hunter in by night, this series takes place in a Victorian London lightly colored by Steampunk aesthetics. It's a departure from paranormal romance and my usual style, so I'm very excited to debut it!

In Fall 2012, Sacrifice the Wicked will be released into the wild, to graze among its fellows in the Dark Mission series. This book will continue the mystery from All Things Wicked, explaining more about the tattoos that have Caleb and Juliet so mystified. It'll be a rousing good time in politically dangerous topside New Seattle!

Karina:  Thank you, Qwill! I had a blast, and I'll be glad to answer any other questions anyone might have. XOXO from the all-too-rainy Pacific Northwest! 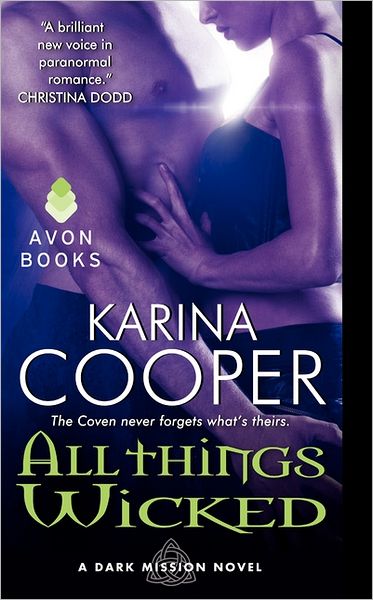 Juliet Carpenter thought of the coven as family, but when she falls for a man who betrays them all, she’s left alone and desperately searching for a reason why. Caleb Leigh has spent the past year in hiding, unable to escape his demons. When Juliet finds him again, her need for vengeance clashes with the hunger still burning between them.

It’s a fight born from the embers of a half-forgotten attraction and the wounds of a past too raw to ignore. With enemies circling and secrets threatening to consume them, Caleb has no choice but to fulfill a promise made long ago—protect her, save her. Even if it costs him his blood, his body . . . and what’s left of his mind. 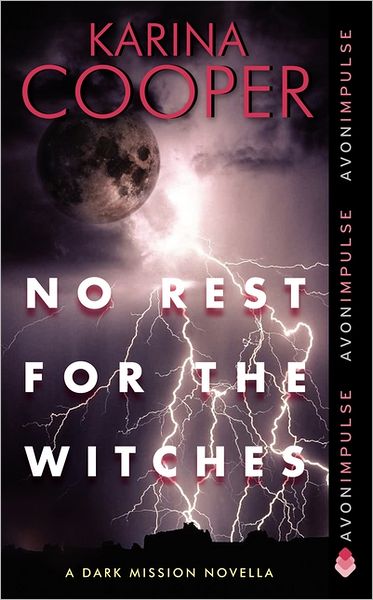 New Seattle is changing. Witches and witch hunters have become allies, and the holy order’s grip on the city is slipping. But they won’t go down without a fight . . .

After the disastrous end to their last mission, Jessie, Silas, and Naomi regroup at their sanctuary far beneath New Seattle. But their brief rest is shattered when Jessie “sees” two of their own attacked topside. Dodging bullets and black magic, they risk it all on a treacherous rescue mission. They’re already stretched to the limit, and danger waits in unexpected corners. If the Order finds them, the team is as good as dead. But they can’t hide forever . . . 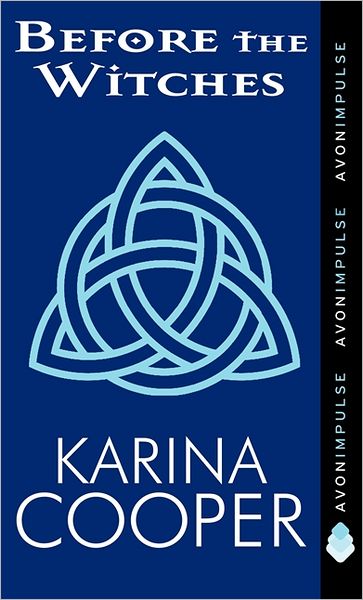 In America, they didn’t care about witches. But all that was about to change.

Katya Zhuvova fled a country that feared her gifts, but her escape to Seattle left her at the mercy of a ruthless man. With no one left to turn to, Katya hatches a desperate escape plan. Undercover Detective Nigel Ferris is determined to bring down a prostitution ring, whatever the cost. In order to get the answers he needs, he attempts to win the trust of one of the prostitutes involved —but one look at the deceptively sultry Katya and the cool, objective cop disappears. Before either can put their plans into place, Mother Nature shrugs: a cataclysm rocks Seattle, and life is turned upside down.

Brought together by chance, Nigel and Katya are in the fight for their lives. Surrounded by death and fear, shattered by immeasurable loss, they have only a bond forged in fire to cling to as they struggle to survive in a world gone straight to hell. 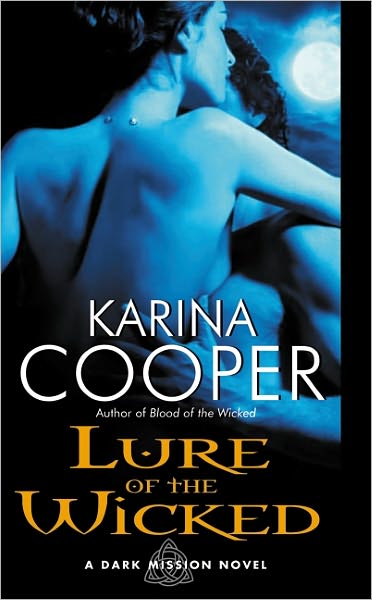 Naomi West was plucked from one prison and placed undercover in another: the gilded cage that is Timeless, New Seattle's premier spa and resort, where owner Phinneas Clarke—the most seductive man Naomi has ever met—may be hiding a killer. She's an agent of the Holy Order, trained to hunt the guilty and render justice. But while she's tracking down a rogue agent on a killing spree, Phin is determined to uncover her most damning—and dangerous—secrets. Whatever the cost. 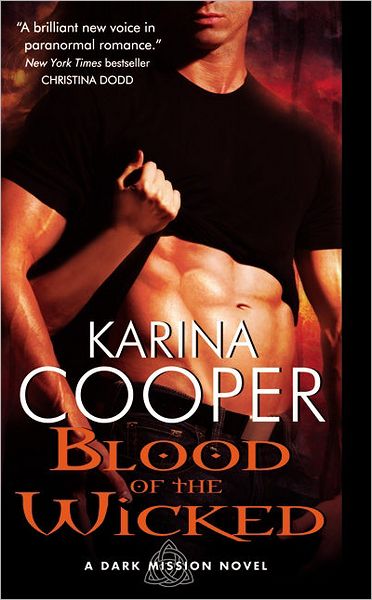 When the world went straight to hell, humanity needed a scapegoat to judge, to blame . . . to burn.

As an independent witch living off the grid, Jessie Leigh has spent her life running, trying to blend in among the faceless drudges in the rebuilt city. She thought she was finally safe, but now she's been found in a New Seattle strip club—by a hard-eyed man on a mission to destroy her kind.

A soldier of the Holy Order, Silas Smith believes in the cause: trawling the fringes of society for the murderous witches who threaten what's left of the world. Forced into a twisting web of half-truths and lies, he has to stay close to the most sensuous and electrifying woman he has ever seen and manipulate her into leading him to the witch he has to kill: her brother. Silas doesn't know that Jessie's his enemy, only that he wants her, needs her, even as he lies to her . . . and must protect her until his final breath. 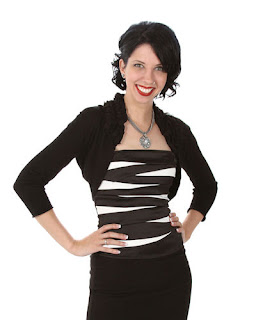 After weaving happily ever afters for all of her friends in school, Karina Cooper eventually grew up (kind of) and fell in love with writing. She broke into the scene with her gritty Dark Mission series, introducing a world that RT Book Reviews calls “an electrifying start”.

One part glamor, one part total dork, and all imagination, she writes dark and sexy paranormal romance and Steampunk-flavored historical urban fantasy. When she isn’t writing, Karina is an airship captain’s wife and Steampunk fashionista. She lives in the beautiful and rainy Pacific Northwest with a husband, four cats, two rabbits, the fantasy of a dog and a passel of adopted gamer geeks.

5 Comments on The Qwillery: Interview with Karina Cooper - February 26, 2012