Published:
Please welcome E.E.Richardson to The Qwillery. Under the Skin (Ritual Crime Unit) was published in the US on October 29, 2013. 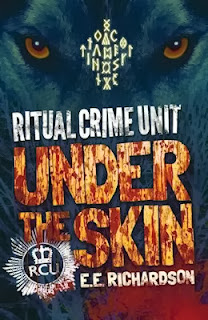 E.E.:  I started writing when I was pretty young - I was a huge reader as a child, and I always used to write down my own stories. When I was about ten or eleven I had a school assignment to write a short story, minimum one page, that I turned into a twenty-five page epic, which prompted the teacher to suggest I try writing a book. Ever since then I've been working on writing novels.

TQ:  Tell us something about Under the Skin (Ritual Crime Unit) that is not in the book description.

E.E.:  I don't want to give too much away, but I will say that the Ritual Crime Unit series takes place in a world that's not quite our own, one where magic is publicly known but still rarely practised and not well understood. Pierce and her RCU officers are writing the book as they go, working off a patchwork of information they've pieced together from past cases, and there's always a tension between their duty to enforce the law and the fact that the law's barely caught up with the kind of things that they encounter.

TQ:  What inspired you to write Under the Skin, your first novel for adults?

E.E.:  Abaddon Books publish all my favourite genres, so when I saw they had a call for open submissions it sounded right up my street. I wanted to write a police-based urban fantasy because most of the stories I've read about supernatural crime have private eyes or special agents doing the investigating, and I wondered what it would be like from the point of view of a more traditional police unit with stricter rules to follow. I'm quite fond of the archetype of the rumpled, middle-aged, married-to-the-job detective who lives from one cup of coffee to the next to get the job done, but you rarely see a woman in that role, so with that thought the character of DCI Claire Pierce was born.

TQ:  What sort of research did you do for Under the Skin?

E.E.:  This was quite a research-heavy book for me; my previous novels have been young adult books with teenage protagonists, whereas this time I'm writing about police officers, and while the world of the RCU has been influenced by the existence of magic, I still wanted to write something that's recognisably rooted in the UK police force as we know it. I ended up doing a lot of research into police equipment and procedures and figuring out how that might all be adapted to a team that deals with supernatural threats. I also did some interesting background reading on the practicalities of making real-life silver bullets.

E.E.:  Pierce was probably the easiest to write; we're in her point of view from the very first scene, and her way of thinking just flowed onto the page. As for the hardest, probably Maitland: he's the head of the Counter Terror unit who take over Pierce's case, and it's a challenge to write someone who's quite deliberately presenting himself as blandly bureaucratic and yet still give him some sort of character.

TQ:  Without giving anything away, what is/are your favorite scene(s) in Under the Skin?

E.E.:  My favourite scenes in anything I write are quite often unlikely suspects - I write action and horror, but I love writing dialogue most of all, so frequently the scenes that I like best are quiet ones that slip in between the more memorable set-pieces. There's a scene in chapter three where Pierce is called onto the carpet by her boss that I rather like despite the fact it's really no more than two people talking in an office. I loved writing the police procedural parts with that slight urban fantasy twist as much as any of the more explosive action scenes. (Of which there are a few!)

E.E.:  I would definitely love to write more RCU stories - the character of Pierce has taken up residence in my imagination, and I have plenty of ideas for where things might go next in her world. I'd also like to write some more books aimed at an adult audience - fantasy and urban fantasy, most probably.

E.E.:  Thanks for the interview! It's lovely to be asked. 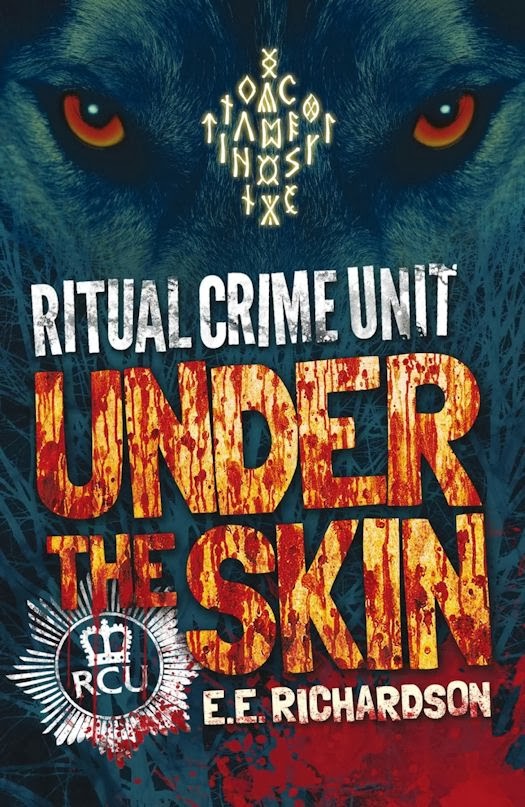 A tough, hard-nosed career officer in the male-dominated world of British policing, DCI Claire Pierce of North Yorkshire Police heads Northern England’s underfunded and understaffed Ritual Crime Unit. Unregarded by the traditional police, struggling with an out-sized caseload, Pierce is about to tackle her most shocking case so far.

Following reports of unlicensed shapeshifters running wild in the Dales, DCI Pierce leads a failed raid to capture the skinbinder responsible. While the dust is still settling, a team from Counter Terrorism turns up and takes the case off her.

Pursuing the case off the record, she uncovers something murkier and more terrible than she suspected. Has her quarry achieved the impossible and learned to bind human skin? 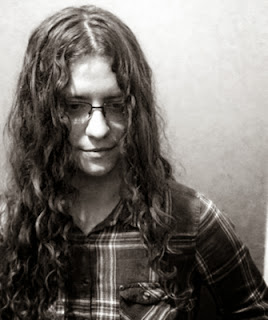 E.E. Richardson has been writing books since she was eleven years old, and had her first novel The Devil’s Footsteps picked up for publication at the age of twenty. Since then she’s had seven more young adult horror novels published by Random House and Barrington Stoke. Under the Skin is her first story aimed at adults. She also has a B.Sc. in Cybernetics and Virtual Worlds, which hasn’t been useful for much but does sound impressive.