Guest Blog by Dan Koboldt - The Portal Fantasy Is Not Dead

Guest Blog by Dan Koboldt - The Portal Fantasy Is Not Dead

Published:
Please welcome Dan Koboldt to The Qwillery.  The Island Deception, Gateways to Alissia 2, will be published on April 11th by Harper Voyager Impulse. 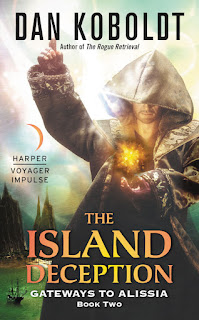 The Portal Fantasy Is Not Dead
Have you ever wished you could enter another world through a magic wardrobe, or take a stargate to a parallel dimension? If so, my friend, you’re a fan of the portal fantasy. This is a loose term for science fiction and fantasy stories that connect one world – often Earth, but not always – to another time, place, or dimension. The portal that does the connecting might be of magical, technological, or natural origin. No matter the type, the concept of a portal fantasy is easily defined: someone goes through a thing and ends up somewhere else.

If this concept sounds familiar, that’s because portal fantasy has pervaded literature for decades. Robert Heinlein’s Tunnel in the Sky (1955) offers a classic take on the idea. The main character, Rod Walker, is a high school student who dreams of becoming a professional colonist. The final test of his advanced survival course is a brutal challenge: to stay alive for several days on a hostile planet. Students reach the planet by way of a “Ramsbotham portal” – a man-made teleportation device that promptly malfunctions, stranding Rod and the other students on an uninhabited world.

Not all portal stories take the reader to hostile worlds, however. In C.S. Lewis’s Chronicles of Narnia, the children depart wartime England for a fantastical world where the beavers can talk and they get to rule as monarchs (the children, not the beavers). Having sold more than 100 million copies in 47 languages, Narnia is probably the work that most readers think of when they hear portal fantasy.

This is a falsehood. Portal fantasy is alive and well in the publishing world. To prove this, I went to Twitter and asked people to share their favorite portal fantasies published in the last couple of years. The responses overwhelmed my feed, and demonstrated just how diverse and vibrant the portal fantasy subgenre has become. Take a look at these recent examples, and you’ll see that we’re well beyond wardrobes, now.

A Darker Shade of Magic by V.E. Schwab
In this series, there are four parallel versions of London: Red London, where magic is revered, White London, where people fight to control magic and monarchy both, Grey London, where no magic exists at all, and Black London, the forbidden realm no one speaks of. The main character is a rare breed of magician who travels between them as a sort of diplomat, until he unwittingly stumbles upon a dangerous artifact from Black London that must be returned there.

Hollow World by Michael J. Sullivan
Ellis Rogers is just a regular guy who, upon learning that he has a terminal illness, decides to try out the time machine he’s built in his garage. If it works, he might find more than just a cure for his illness: he might find paradise. But first, he’ll have to survive the Hollow World that lies between.

Thief of Lies by Brenda Drake
Don’t you hate it when you finally work up the nerve to talk to that hot guy in the library, only to have him disappear? That’s what happened to Gia Kearns. When she examines the strange book about world libraries that he abandoned, it transports her to a library in Paris. And summons a demonic hound that pursues them until the hit guy and his friends – who are actually magical knights charged with protecting humanity – show up to rescue them. And that’s just the beginning of this adventure.

Every Heart a Doorway by Seanan McGuire
I love the synopsis to this book: “Children have always disappeared under the right conditions; slipping through the shadows under a bed or at the back of a wardrobe, tumbling down rabbit holes and into old wells, and emerging somewhere... else.”

Nancy tumbled through such a gateway once, but now she’s back. It changed her, but the other children under Miss West’s care understand. They’ve had similar experiences, and each of them searches for a way back to their own fantasy world.

An Accident of Stars by Foz Meadows
Saffron Coulter’s dreads going to school every day, where a boy harasses her without mercy. When a stranger shows her a moment of kindness, Saffron follows her and stumbles through a hole in reality. She finds herself trapped in a magical realm on the brink of civil war. She falls in with the wrong faction and must flee to the dubious safety of another country, and it’s still better than a day at high school.

Gateway to Fourline by Pam Brondos
College student Natalie Barns takes a job at a costume shop because she needs tuition money, and in spite of her reservations about a weirdo co-worker. When she stumbles through the strange door in the back of the shop, she finds (of course) a magical world on the other side. But unlike the children in Narnia, she’s not granted royalty status or special abilities. All she knows how to do is run. In a world filled with deadly magic and decaying monsters, she’ll be doing quite a lot of that.

The Mirror Empire by Kameron Hurley
In the world of this book, magic is governed by the rise and fall of celestial bodies. At their peak, certain forms of magic are strong enough to create a portal to other realms (none of them Earth). Whether it’s frozen tundra where very little can survive, or a tropical clime where semi-sentient plants can kill, each realm is uniquely complex. Now, a dark chaotic star’s rise will bring all of these worlds together, and only one can survive. 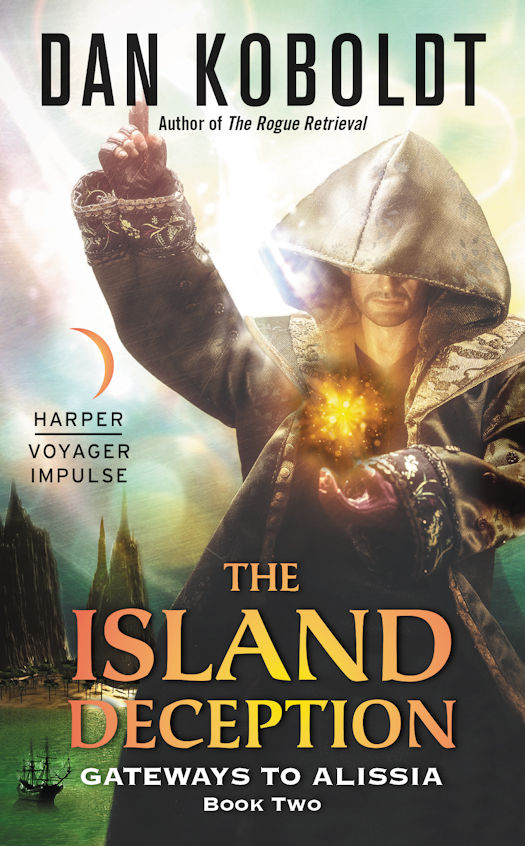 Continuing the exciting adventures from The Rogue Retrieval, The Island Deception blends fun and mystery into a brilliant new portal fantasy from Dan Koboldt.

For stage magician Quinn Bradley, he thought his time in Alissia was over. He’d done his job for the mysterious company CASE Global Enterprises, and now his name is finally on the marquee of one of the biggest Vegas casinos. And yet, for all the accolades, he definitely feels something is missing. He can create the most amazing illusions on Earth, but he’s also tasted true power. Real magic.

Luckily—or not—CASE Global is not done with him, and they want him to go back. The first time, he was tasked with finding a missing researcher. Now, though, he has another task:

It’s impossible to be in Vegas and not be a gambler. And while Quinn might not like his odds—a wyvern nearly ate him the last time he was in Alissia—if he plays his cards right, he might be able to aid his friends.

He also might learn how to use real magic himself. 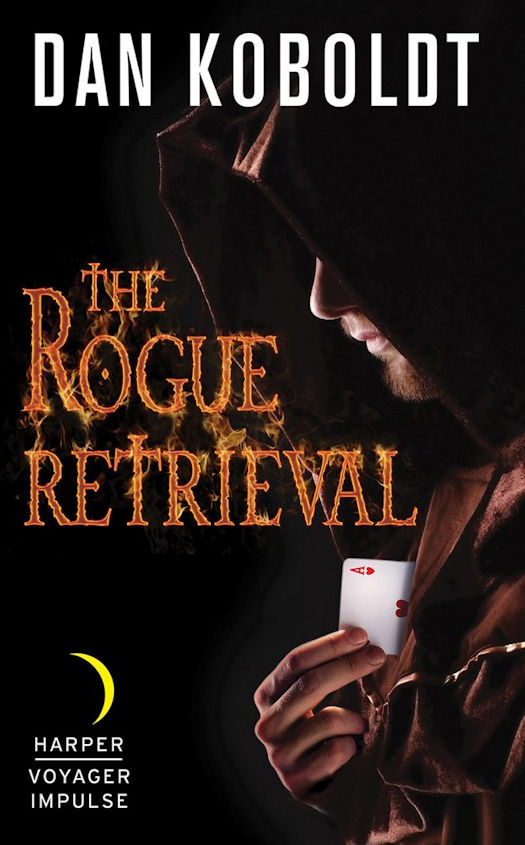 Sleight of hand…in another land

Stage magician Quinn Bradley has one dream: to headline his own show on the Vegas Strip. And with talent scouts in the audience wowed by his latest performance, he knows he’s about to make the big-time.

What he doesn’t expect is an offer to go on a quest to a place where magic is all too real.

That's how he finds himself in Alissia, a world connected to ours by a secret portal owned by a powerful corporation. He’s after an employee who has gone rogue, and that’s the least of his problems. Alissia has true magicians…and the penalty for impersonating one is death. In a world where even a twelve-year-old could beat Quinn in a swordfight, it's only a matter of time until the tricks up his sleeves run out. 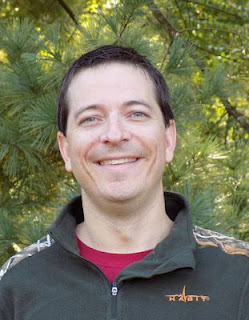 Dan Koboldt is a genetics researcher and sci-fi/fantasy author from the Midwest. His novel The Rogue Retrieval – about a Vegas magician who infiltrates a medieval world – was published by Harper Voyager in 2016. You can find him on Twitter (@DanKoboldt) and on his website at dankoboldt.com.