Published:
The cover for Empire of Time, the 2nd novel in the New Pompeii series, by Daniel Godfrey has been revealed. 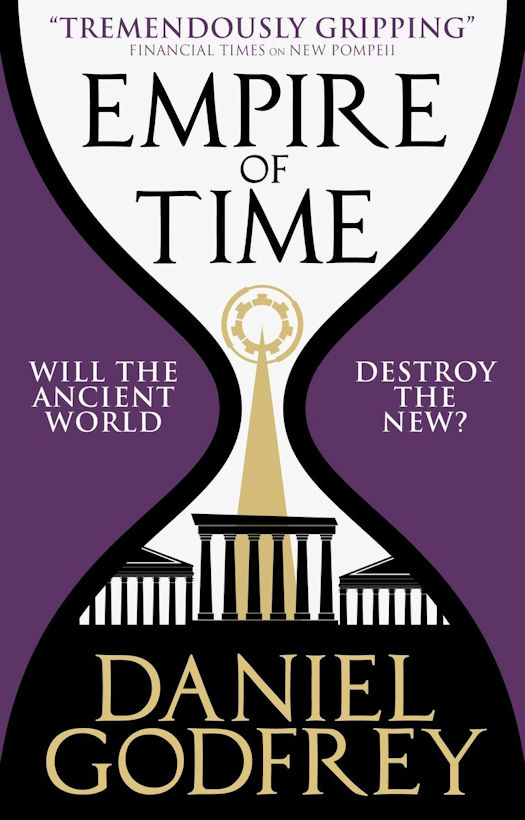 Fifteen years on from the events of NEW POMPEII, and New Rome is cut off from the rest of the world in a new Cold War. The Romans, lead by Calpurnia, have control of the time travel technology, which keeps western governments at bay. But the public at large know nothing of this, and are eager for action to destroy New Rome, a place where slavery and deadly gladiatorial combat flourish. Meanwhile Calpurnia is fending off threats to her control over her people, aided by Decimus Horatius Pullus, the man who was once Nick Houghton… Has Nick truly embraced the Roman way of life? Can the Romans harness the power of time travel or will the new world destroy them?