Guest Blog by Megan Powell - If I can’t be a magical, undercover, secret agent, at least my heroine can

Guest Blog by Megan Powell - If I can’t be a magical, undercover, secret agent, at least my heroine can

Published:
Please welcome Megan Powell to The Qwillery as part of the 2012 Debut Author Challenge Guest Blogs. Megan's debut, No Peace for the Damned (Damned 1) will be published on July 10th.


If I can’t be a magical, undercover, secret agent, at least my heroine can.

In 2001, my husband and I saw the movie, Harry Potter and the Sorcerer’s Stone. We didn’t even make it out of the theater’s parking lot before I announced that I knew, without a doubt, that I was secretly a wizard whose supernatural powers hadn’t emerged yet. Of course, being in my twenties, I was too old to actually attend Hogwarts, but the abilities were still there–I could feel it.

A few months later, to my husband’s chagrin, The Bourne Identity arrived in theaters. My destiny was revealed. After all, what better career path for a latent wizard than that of a secret super spy/assassin?

Unfortunately, my English degree and Credit Manager work experience, didn’t immediately qualify me for what I was sure I was put on this earth to do. (Believe it or not, the CIA’s online application process doesn’t have a section where one can outline his or her undeveloped magical powers. At least it didn’t in 2002. I might have to check that again.) The point is, more than half a decade later, I found myself still chomping at the bit to fulfill my fate while simultaneously creating a life within the reality of mortgages and school PTA meetings.

The heroine of my debut novel, No Peace for the Damned, had been a voice in the back of my mind for years. She was powerful, sarcastic, damaged, and most of all, she was the keeper of all the supernatural secrets. She just needed some place where she could feel safe exploring the ‘real’ world. Someplace like, say, a super-secret spy organization that managed all the dangerous, mystical power around us.

The Network, in its inception, was a localized group of mercenaries, skilled in their intelligence and fighting prowess, and trained to fight against the paranormal dangers of our world. Their leader was the mysterious Thirteen, a stoic giant whose wisdom demanded loyalty and respect. They were a tight group of men and women, as wary of Magnolia’s powers as she was of their supposed loyalty. It would be an uncomfortable fit, at first–Magnolia and the Network–but one that would ultimately allow both to flourish.

But it wasn’t enough. In my mind, Magnolia needed more. She needed the local element to be a touchstone–an introduction to the wider world she had yet to see. To do her justice, I needed to take The Network global.

As revisions moved Magnolia’s story forward, the Network grew. Thirteen, still the mysterious leader, became one of several Chiefs within an underground, multi-layered organization. The local group of mercenaries evolved into a specialized task force, embodied by conflicting personalities and private agendas. And Magnolia, leery to trust her new ‘teammates,’ found the exposure she needed to the real world while maintaining her closest supernatural secrets.

Just thinking about the created world of Magnolia and the Network makes me smile. Vicariously, my destiny has been fulfilled.

About No Peace for the Damned 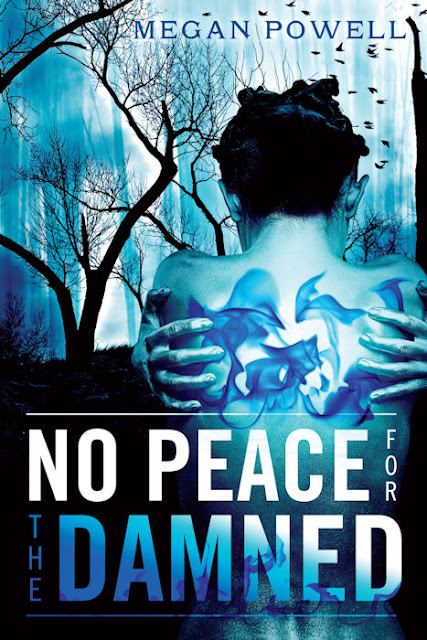 Magnolia Kelch is no stranger to pain. Beautiful and powerful, she’s spent her entire life at the mercy of her sadistic father and the rest of the Kelch clan, who have tortured her and tested the limits of her powers. After one particularly heinous night that leaves Magnolia nearly dead, she finally sees her chance for escape…

But this first taste of freedom is short-lived when she collides with Thirteen, head of the Network—a secret organization dedicated to fighting supernatural criminals—who recruits her into the group. Even as she’s coming to grips with this new life and the horrific memories that still haunt her, she’s conflicted by her growing attraction to fellow team member Theo and the emergence of new, untested abilities. After months of grueling training, her loyalty to the team is tested when she learns her target is the Network’s most wanted: the Kelch family.

Revenge may course through her veins, but so does the blood of the Kelches. And opposing her family may cost her the thing she treasures most. After all, Magnolia is still a Kelch. And the Kelch are damned. 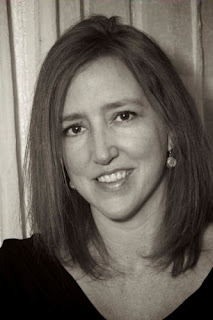 Born and raised in the Midwest, Megan has cultivated a strange affinity for State Fairs and basketball humor. When not writing she is often found reading, frequently feeding her paranormal romance addiction. She loves cheap coffee with tons of sugar and can eat no-bake cookies by the dozen. While she doesn't necessarily consider exercising as a bad thing, she's certain that dieting is the work of the devil. No Peace for the Damned is the first title in her powerful debut series.

9 Comments on The Qwillery: Guest Blog by Megan Powell - If I can’t be a magical, undercover, secret agent, at least my heroine can

Report "Guest Blog by Megan Powell - If I can’t be a magical, undercover, secret agent, at least my heroine can"