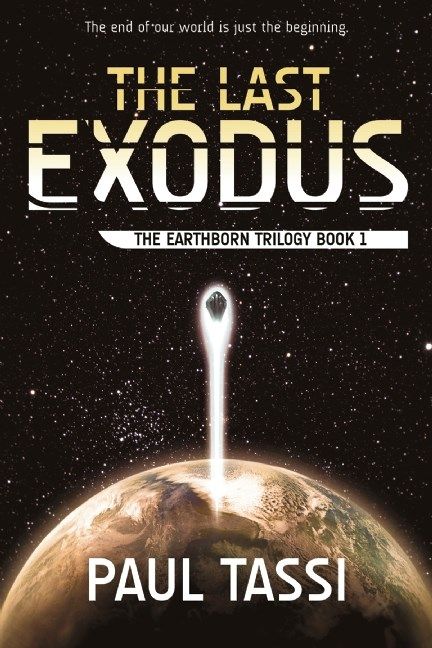 The Earth lies in ruins in the aftermath of an extraterrestrial invasion, the land devastated by a desperate war with no winners between mankind and a race of vicious, intelligent creatures. The seas are drying up while the atmosphere corrodes and slowly cooks any life remaining on the now desolate rock. Food is scarce, trust even more so, and the only people left alive all have done horrific things to stay that way.

Among the few survivors is Lucas, an ordinary man hardened by the last few years after the world’s end. He’s fought off bandits, murderers, and stranded creatures on his long trek across the country in search of his family, the one thing that drives him to outlive his dying planet. What he finds instead is hope, something thought to be lost in the world. There’s a ship buried in a crater wall. One of theirs. One that works. To fly it, Lucas must join forces with a traitorous alien scientist and a captured, merciless raider named Asha. But unless they find common ground, all will die, stranded on a ruined Earth.

Combining gritty post-apocalyptic survival and epic space opera, The Last Exodus is the beginning of a new action-packed science fiction adventure where the future of the human race depends on its survivors leaving the past behind.