Interview with Michael Shou-Yung Shum, author of Queen of Spades

Interview with Michael Shou-Yung Shum, author of Queen of Spades

Published:
Please welcome Michael Shou-Yung Shum to The Qwillery as part of the of the 2017 Debut Author Challenge Interviews. The Queen of Spades was published on October 10th by Forest Avenue Press. 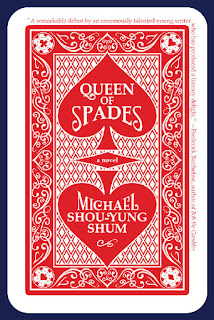 Michael:  I have been composing my own stories since I was a young child. I guess I've always felt compelled to write, although it is impossible to say why!

Michael:  I definitely write by the seat of my pants. It comes from composing stories as a child, where you would begin a story and have no idea where it would lead.

Michael:  Coming up with an attractive form that interests me.

Michael:  Great writing and ideas by other writers--especially living with a great writer like Jaclyn Watterson to bounce ideas off.

TQ:  Describe Queen of Spades in 140 characters or less.

Michael:  The story behind the Strangest Hand Ever Dealt.

TQ:  Tell us something about Queen of Spades that is not found in the book description.

Michael:  It was originally started as a long short story or novelette, and not a novel.

Michael:  Pushkin's "The Queen of Spades" is one of my favorite short stories--and one of the few stories that elevate gambling to a high art.

TQ:  What sort of research did you do for Queen of Spades?

Michael:  Although I didn't know it was research at the time, I spent over two years working as a poker dealer in a small cardroom in Lake Stevens, Washington, learning the ins and outs of what goes on behind the scenes.

TQ:  Please tell us about the cover for Queen of Spades?

Michael:  The cover was designed by Forest Avenue's brilliant in-house designer, Gigi Little. She really hit it out of the park with this one!

TQ:  In Queen of Spades who was the easiest character to write and why? The hardest and why?

Michael:  The easiest was Barbara because she was the most fun to follow. The hardest was Chan because in many ways he began as a blank slate that I had to fill in along the way--even still, he remains something of a mystery to me.

Michael:  I intentionally made all the traditional "power roles" filled by women. It might seem like a small thing, but it's a start to reconditioning (or deconditioning) our gender expectations.

TQ:  Which question about Queen of Spades do you wish someone would ask? Ask it and answer it!

Michael:  How would you like readers to be transformed by reading the novel? First, I hope the novel offers readers some consolation in very challenging and difficult times. Second, I hope readers become better persons in some small but not insignificant way. Finally, I hope reading the novel makes readers want to take some risks as a means of improving their life.

TQ:  Give us one or two of your favorite non-spoilery quotes from Queen of Spades.

Michael:  Everything coheres with what comes before--and what comes after.

Michael:  I am working on a novel-in-stories tentatively entitled Portmanteau. 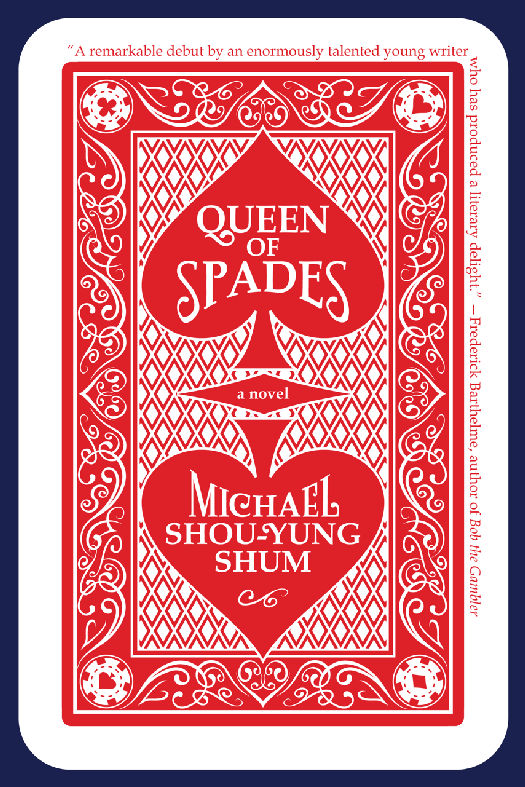 Queen of Spades revamps the classic Pushkin fable of the same name, transplanted to a mysterious Seattle-area casino populated by a pit boss with six months to live, a dealer obsessing over the mysterious methods of an elderly customer known as the Countess, and a recovering gambler who finds herself trapped in a cultish twelve-step program. With a breathtaking climax that rivals the best Hong Kong gambling movies, Michael Shou-Yung Shum’s debut novel delivers the thrilling highs and lows that come when we cede control of our futures to the roll of the dice and the turn of a card. 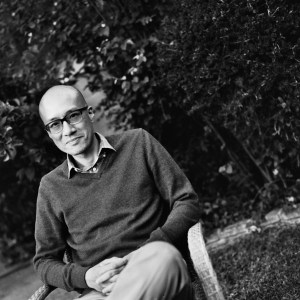 Born and raised in Houston, Texas, Michael Shou-Yung Shum eventually found himself dealing poker in a dead-end casino in Lake Stevens, Washington. Two doctorates bookend this strange turn of events: the first in Psychology from Northwestern, and the second in English from University of Tennessee. Along the way, Michael spent a dozen years in Chicago, touring the country as a rave DJ. He currently resides in Atlanta, Georgia, with his spouse and three cats. Queen of Spades is his first novel.